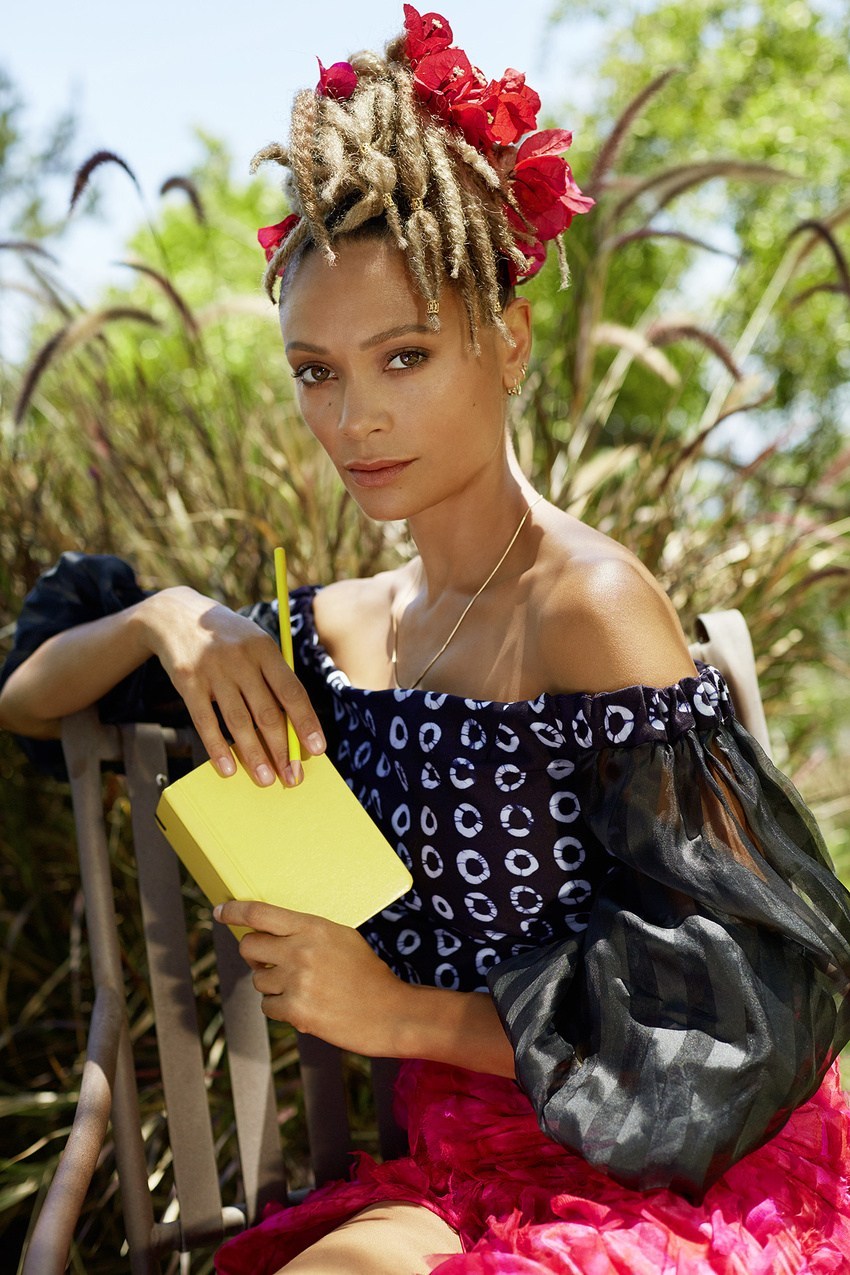 Cut From a Different Cloth: Adire the Leading Nigerian Textile

Cut From a Different Cloth: Adire the Leading Nigerian Textile

The town of Abeokuta is about an hour’s drive from Lagos. It is most notably famous for the author Wole Soyinka, Olumo Rock – which the town is somewhat named after, the Egba Women’s tax revolt and now Adire, a fabric produced by the Yoruba people of South West Nigeria.

Adire loosely translates to ‘tie and dye’ in Yoruba and the term was first used in the nineteenth century to refer to traditional indigo dyed clothing, which is now available in a multiplicity of colours and patterns. Popularised by Designers like Maki-Oh’s Amaka Osakwe, Ade Bakare and Adeju Thompson and artists like Nike Davies-Okundaye, it goes without saying that, right now, Adire is hot.

It hasn’t always been like this, in colonial times, Adire was created when British colonisers flooded the textiles market in Nigeria with cheap cloth, making the woven textiles that had until that point been popular less fiscally attractive. Women in South West Nigeria, responded to this challenge by using imported white cloth as the base for textiles that they would dye to suit local tastes. In the 1930’s the Adire market took a hit again when, due to European restrictions on the import of fabric to west Africa, the supply the printmakers relied on dwindled. Adire sellers also had to compete with the growing market for dutch wax print. But now this is as they say, history.

Adire is quintessentially Yoruba, and you can find printmakers in almost every corner of South-western Nigeria, but nowhere is the making and sale of Adire more prevalent than in Abeokuta. People travel from far just to source fabrics from their Adire sellers, so much so, that right in the city centre, a market that sells Adire in all its exquisite iterations has been built.

Adire has the potential to be big business, with local textiles making up a substantial portion of the Nigerian Fashion Industry that is valued at an estimated $4.7 billion, and the state government knows it

The Adire Market in Abeokuta has the distinct bustle of any other Nigerian market, sellers sit outside their shops selling their fabric, in conversation with their neighbours as they try to persuade customers to support them “Aunty! come and buy”, “What are you looking for?  I can help you”. From the stalls you can hear cars hooting and the murmurs of a plentiful population going about their day. Amidst the uniquely Nigerian clamour, I find Ayomide. A young Woman decked out in an eye catching mauve and yellow print two-piece. She is manning a stall which specialises in selling Kampala – a type of Adire that got its name from the Ugandan city due to its popularity at the time of the Kampala peace talks. She agrees to show me around the production side of the Adire market.

From conception to sale, there are about 4- 5 people who work on any one print of Adire. In Abeokuta’s Adire market they live in a community, their houses above the shared commons in which the print is made, with their shops facing the road to give them privacy. It goes without saying that their lives are inextricably linked to the print. This form of creation means that nothing is far away, from the dyes that are used to colour the fabric, to the clay pots that are used to set the colours, to the workstations that the artisans use to set their stencils into the fabric – everything aligns in a beehive-like synergy.

However, the community surrounding Adire extends beyond the walls of the market. Adire has the potential to be big business, with local textiles making up a substantial portion of the Nigerian Fashion Industry that is valued at an estimated $4.7 billion, and the state government knows it, that’s why they’re actively investing in the development of the textile industry. There are plans to make Adire the fabric that is used in the making of school uniforms and to mandate the wearing of Adire for all public servants on Fridays. They have also developed the Adire-Ogun platform that allows sellers to access a larger market.

Adenrele Sonawiro, the owner of Rele Art Gallery and an Ogun state native thinks these changes are great. “The Ogun State Governments contribution has been really important; it has helped to promote the sellers and increase visibility”. The community training provided by the government has also helped local sellers, the government teaches local business owners how to digitise their businesses, how to save and invest and most importantly how to grow.

Although no two prints can ever be the same since the makers of Adire are largely anonymous, it is difficult to credit them for their craft. There is the obvious question of how to personalise your craft in a trade that almost necessitates anonymity. Adenrele says “Printmakers can always create symbols or patterns that are unique to them, that’s something that they can use to differentiate themselves and get a competitive advantage, and the state government is considering ways to protect Adire by fine tuning their copyright and intellectual property laws.”

At the Adire Market I meet Damilola, a philosophy graduate who is also an extremely talented fashion designer. She shows me some of her designs while we sit outside her father’s shop and discuss the future of Adire. The print has been part of her life since she was born. She’s excited to be part of the growing Adire Market and create designs with Indigenous fabrics. She wants to be a part of the growth of Adire on the international stage.

The growth she speaks of is tangible, and investment in this craft makes it inevitable – the possibilities for Adire are endless and you can feel it inside the Adire Market. There are so many different fabrics and prints and indigenous designers. Now more than ever, they have the opportunity to harness this popularity and push this textile into different spaces.

Written By: Adenike Fapohunda – a freelance journalist who writes about african culture and internet stuff. If she’s not mindlessly scrolling through tiktok, you can catch her completing her law degree. Follower her on Instagram and Twitter