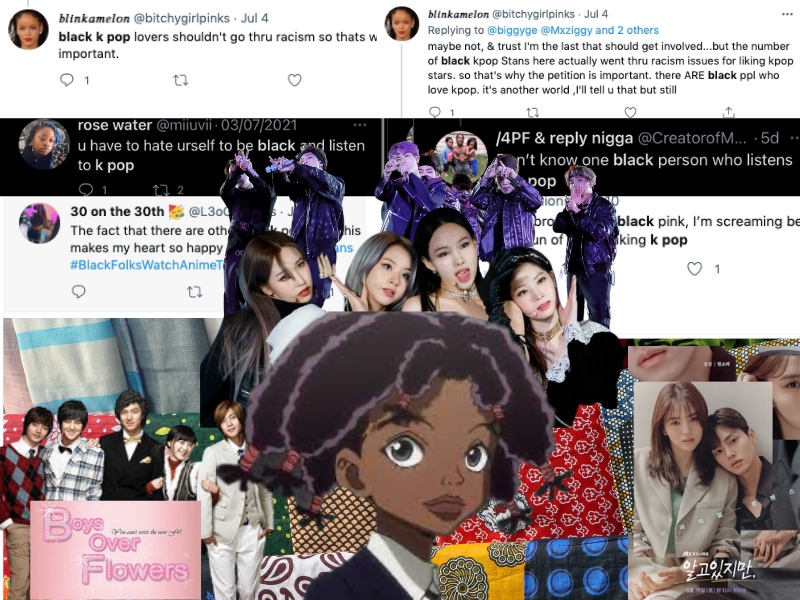 It appears that whenever Black Women and girls are interested in things ‘beyond the norm’, there’s always some form of backlash or unwarranted comments about our interests. Or that ‘we’re not Black enough’ for liking different things – whatever that means. Being a K-pop fan or being invested in the Korean drama industrial complex doesn’t take away from being Black. For instance, we realised that there’s a lot of similarities between our respective Nigerian (Yoruba and Igbo) and Korean cultures from academic success, family values, religion and more. What’s even funnier is the assumption that we had particular racial preferences when it comes to relationships just because of our interests in East Asian pop culture. And of course, moreover, Black Women and girls have been interested in various forms of East Asian pop culture, like anime, we still get ridiculed.

Considering that anime is unfortunately often associated with men, it doesn’t get as much counterblast, but when Black Women, even Megan Thee Stallion, enjoy it – we still get bashed. But, of course, this is due to misogyny and male gatekeeping. Nevertheless, it’s amazing to see Black Women and girls overtly enjoying these forms of pop culture. Though, there’s some controversy surrounding these forms of entertainment, in particular, K-Pop, (such as minstrelsy, cultural appropriation and of course, racism and misogyny), it’s okay to criticise the media we consume – especially when you’re an avid enthusiast like me and my friends, Anthonia and Debbie.

Part two of this episode:

Written By:  Bashirat Oladele – a freelance writer (and K-pop enthusiast) who enjoys writing about pop culture, entertainment and politics. Her work has been featured in Teen Vogue, Stylist, Cosmopolitan and other publications.