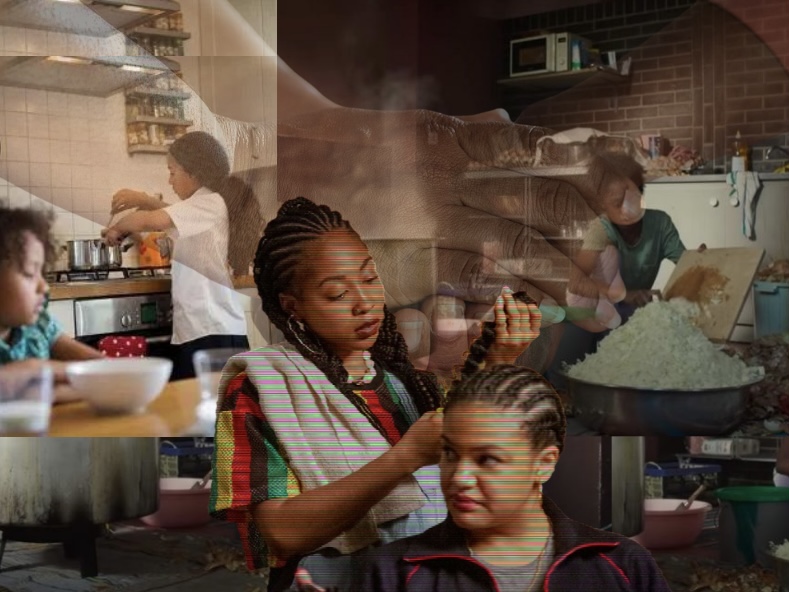 In September, the New York Times published an article about the experiences of young Black girls and teenagers during the pandemic. A phenomenon known as ‘parentification’- when children must grow up quickly and take on adult-like roles within the home, be it household responsibilities, increased domestic chores, physical, emotional, or financial support. It can often shift the relationship dynamic between parent and child.

This is common in African and Caribbean immigrant households – for instance, the eldest daughter (in most cases), would be the one supporting her siblings with homework and helping her parent(s) with their English, translating and being the glue of the family. I would say that first sons/eldest sons do have pressure too, but it’s not the same as being the first daughter, especially if you’re the first child. Fortunately, Home Girls Unite is a support group that exists for eldest daughters from immigrant families or Women who have been through the experience.

“During the pandemic, teenage girls took on more caregiving at home, took extra shifts at work and the burden of organising racial justice protests. In many instances, it upended their lives.”

But the reality is that prior to the pandemic, this has been the reality for so many Black teenage girls. From the cooking, cleaning, studying, and taking care of siblings – essentially being the ‘second mother’ or ‘third parent’ of the family. Naturally, parentified children become hyper-independent. The burden of organizing racial justice protests is a red flag because teenage girls, especially Black girls, shouldn’t have to bear this struggle.

In an article titled ‘“Black boys are losing their lives, but Black girls…we’re losing our minds”, Dr. Tiera Tanksley, a postdoctoral researcher, demonstrates how the expectations of Black girls constantly showing up and out for the racial justice protests has detrimental effects on our psyche and mental health. With teenage girls burning out, Jordyn, a participant, highlights that “it’s intergenerational where we’ve always had to do it.” It’s the expectation of Black girls leading in racial justice movements, whether physical or digital, that affects mental health.

Black teenage girls are hyper visible in these movements but often don’t have their own place to unwind and relax. Social media can be that space, if you curate your feed, to avoid looking at gruesome images and videos of Black death. Now, Black girls can repurpose their social media feeds, despite the algorithmic oppression and graphic content, and escape. Black teenagers don’t escape solely through social media, some choose to move away for university. However, they still can’t seem to escape parentification.

Although the New York Times article is based on the experiences of Black teenage girls in the US, the experiences span across the diaspora. There is a high concentration of Black Women working in the social care field and may not always be at home to look after their children or fulfill their parental obligations, and so they pass this onto the oldest daughter. It’s the economic disparity that exists which forces young girls to parent their siblings and other vulnerable adults in the home. When the pandemic hit and the transition to online learning arrived, it wasn’t the parents that faced the entire brunt. It was the eldest siblings and eldest daughters, who would be supporting their siblings and having to focus on their own academic work too. They’re the ones who sacrificed their studies to support their younger siblings.

Remember the outrage around the film ‘Cuties’ last year. It was a complex but necessary film to showcase how young Black girls, not even teenagers, but 11-year-olds like Amy are parentified.

You might recognise yourself in Dominique, from Grand Army, played by Odley Jean. Dominique is a Haitian-American girl in New York City, from an immigrant family, who looks after her nieces and nephews. She’s more or less their mother. From applying for psychology internships, relationships and friendships dealing with the struggles of being a teenage Black girl – she still has responsibilities to look after her family. Watching the show, I was frustrated at the selfishness of her single mother and older sister, offloading their parental responsibilities onto her. However, I appreciate how her character was specifically from a Black immigrant background and portrayed some of the realities of Black immigrant daughters on TV.

Refinery29 describes Dominique’s situation perfectly: “an authentic and unfortunately rare look at what it means to be a Haitian-American girl like Dom, who lives in a working- class matriarchal household that fits three generations of family members into one apartment. Dom is the kind of girl who strives for everything she has, whether that means sleepless nights or parties skipped to maintain stability for her loved ones and fulfill her own college dreams.”

Dominique isn’t the only character either but Amy, from Cuties, too. Remember the outrage around the film last year. It was a complex but necessary film to showcase how young Black girls, not even teenagers, but 11-year-olds like Amy are parentified. We see her serve as a second mother to her younger brothers, cooking and feeding them.

But I will say that the parentification of Black girls is often a cycle – your mother and grandmother were probably parentified but in their generations, the discussion was often ignored or swept under the rug. But now, our generation is loud and unwilling to be silent about the effects of parentification. It’s the lack of dialogue in previous generations that never let these conversations flourish.