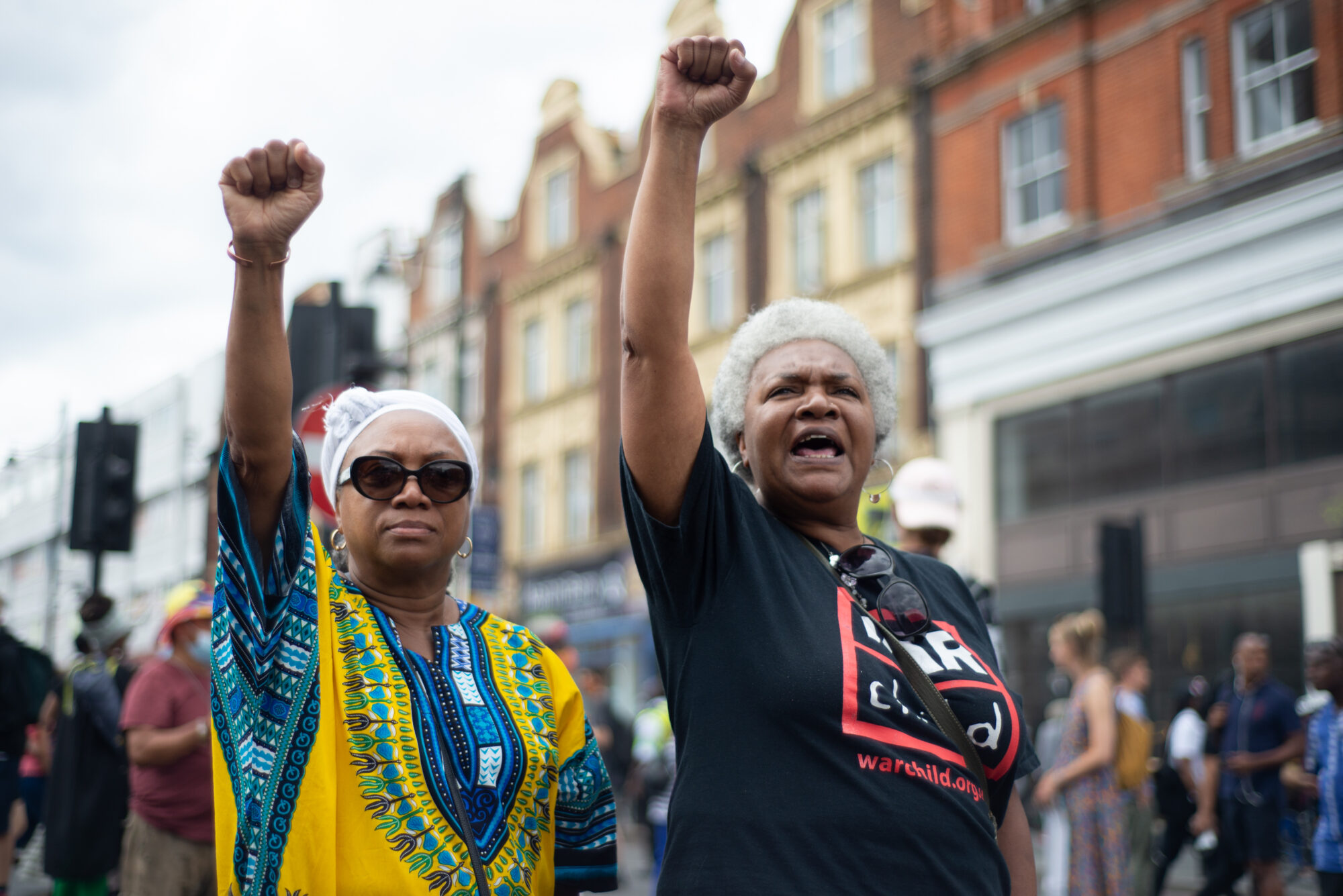 August 01, 1834, marked the end of slavery in the British Empire, when the 1833 Abolition of Slavery Act came into force.

But the freedom enslaved people received on August 01 was not the autonomy and dignity for which they had fought. In fact, in keyways antislavery sentiment and policies helped disguise — and prolong — the exploitation of formerly enslaved people. After slavery, freed people were denied access to land and expected to work for low wages. Emancipation policies also proved to be a useful justification for imperialism.

Black people whose right to live in the U.K. was illegally challenged by the government marked the anniversary. Hundreds of people gathered in south London to call for reparations and restored citizenship for the Windrush generation and their descendants.

The event, organised by a coalition of campaigning groups, was staged in Max Roach Park, Brixton, where the crowd listened to speeches expressing solidarity with African people as they marked the end of slavery in the British empire.

Esther Stanford-Xosei, spokeswoman for the African Emancipation Day Reparations March Committee and coordinator general of the  Stop the Ma’angamizi campaign, described the event as a day of “nonviolent direct action”.

She told the PA news agency: “This is not just about compensation. Reparation is about repairing harm, and there’s a lot of harm going on today. We are in a state of emergency. Our children are dying, we have been misled, we have been hoodwinked. Our people have been sold a lie about our life here in Britain. Now, after many of our fore parents have worked their butts off, they’re being deported.

“We are here today, honouring so-called Emancipation Day. But we’re also sending a key message to the British state and other European governments that we have not forgotten the injustices against our fore parents.”

Groups from London, Preston, Manchester and other regions gathered in Brixton for a day of nonviolent direct action (Guy Bell/Rex/Shutterstock)

Another event in nearby Windrush Square, organised by the Windrush Defenders Group and the Manchester Reparatory Justice Forum travelled to Buckingham Palace, hoping to deliver a written appeal asking the Queen to back their call for a “Windrush Act″ to pay reparations to those hurt by the scandal. They were turned away by palace guards, who told them to send their request through the mail.

The Windrush Generation  refers to citizens of the British Empire who travelled to Britain between 1948 and 1973 after the government called on its colonies to send workers to help rebuild the country after World War II. It draws its name from the ship that carried the first migrants from the Caribbean in 1948.

The Windrush scandal has rocked Britain since 2018, when many of these long-term legal residents were caught up in a crackdown on illegal immigration. Thousands lost their jobs, homes, and the right to free medical care, many because they arrived as children and couldn’t produce paperwork proving their right to live in the U.K. Some were detained, and an unknown number have been deported to countries they barely remember.

A programme designed to compensate victims has been plagued by complaints that it is too slow, too cumbersome and the payments offered aren’t high enough to make up for harm done by the British government.

The Home Office, the government department responsible for the programme, stated that they have paid out almost £27 million pounds in compensation, with an additional £7.1 million pounds offered to victims.