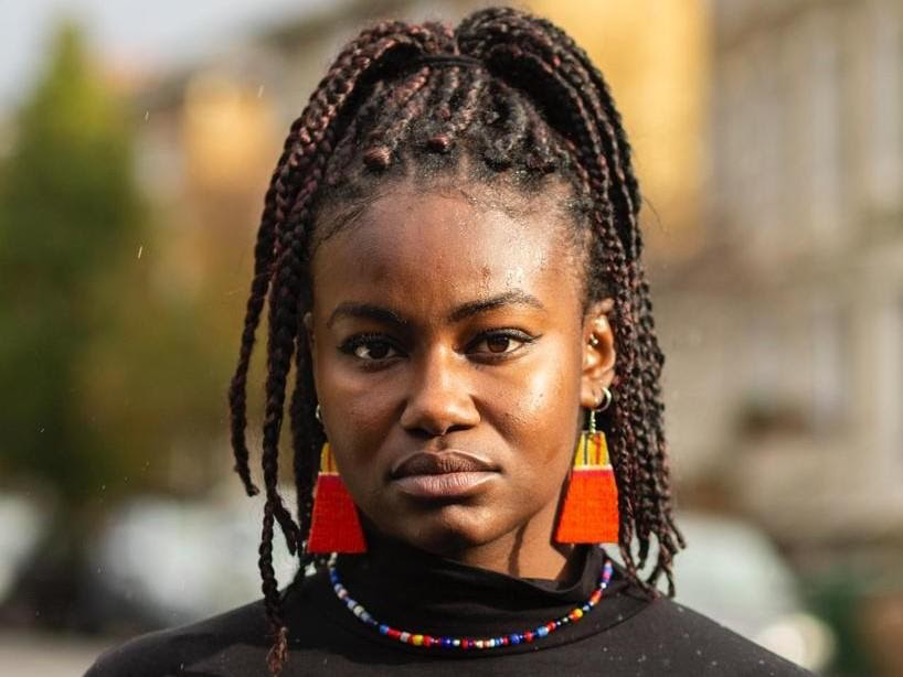 24-year-old student Adetola Onamade, who radiates the spirit of revolution by binding together those that have been pulled apart. Her recent co-organised project, Global Majority Vs, is a direct reflection of this, as it seeks to unite Global North and Global South voices of resistance to mobilise against the UK government.

Adetola has been engaged in social movements since 2016. Her journey was propelled by her personal experiences as a young Black Woman struggling with mental health and seeing those around her in similar positions:

“Experiencing mental health issues of my own made me want to do advocacy work. I saw, particularly growing up in Lewisham, how a lot of these issues intersected with race. There would be handfuls of people walking around the community who had just not been given the support that they needed. That was just the norm.”

It is this essence of solidarity that vibrates through the work that Adetola does. At the end of 2020, she teamed up with two other young decolonial climate activists to launch Global Majority Vs. The term “Global Majority” is a moniker of self-empowerment which “refers to Global South and colonised peoples everywhere, as well as diaspora and marginalised communities of the Global North.”

The campaign has one clear aim: to take the UK government to court over human rights violations, with particular focus on the destruction of family life. It rebukes the government’s complicity in funding ecocide and genocide within the Global South, which is affecting the families of Global Majority communities in the UK.

“The significance of starting Global Majority Vs is that I know I’m not the only young person in the UK whose family’s history is one of survival through so much. And the thing is, all of that which our families have worked for back home, and here, is going to be destroyed before we see the fruits of our parents’ labour.

In the Global Majority, we do not accept that. We cannot accept that which harms our brothers and sisters. For example, I know that my family in Trinidad are four times as likely to be displaced than me. That does not make me comfortable about family life. There is a reckoning that needs to be made.”

Global Majority Vs are currently collecting witness statements from Global Majority peoples across the world, whilst at the same time uniting anti-colonial movements so that their chants reverberate through the UK courts’ walls. A statement of the power that colonised people hold.

Adetola believes in using the stage of the Global North to amplify Global South narratives, striking through constructs of political separatism. In a similar vein, she also strongly believes in bridging the gap between elders and younger Millennial and Generation Z activists – a relationship that is often estranged.

“I’ve always felt from such a young age that I wouldn’t be here without the sacrifices and efforts of those that came before me. I’ve always felt that so deeply and spiritually.”

In last year’s anti-racist movement, there was some separation between the older and younger generation of activists on topics such as political Blackness, queerness and the role of capitalism. However, certain groups, such as Tribe Named Athari (a youth-led pan-African and racial justice movement that Adetola is a part of, as aforementioned) recognised the power in seeking guidance from the elders.

“As a young person, I see my responsibility towards my generation, but that doesn’t come before the knowledge that gets imparted on me by the elders and the committed activists who have been doing it for longer than I have been walking on this earth. I have such a deep respect because it takes resilience. They have had to deal with the losses and still get up. That’s why their knowledge is invaluable.”

Whilst social justice spaces often build mutual respect, power and love, Adetola suggests that you can’t always be caught up in the hex of a spotless picture. As someone who has been involved in impassioned liberation movements, she believes in the importance of transparency and critiquing organising spaces in order for a truly liberated future.

She explains her experiences of sexism and sexual assault within activist spaces:

“It’s a whole issue in the climate movement, but everyone wants to assume that it doesn’t come into play with organising. See no evil; hear no evil. But there’s evil being done and evil stopping me from being able to organise and being heard as a true equal.

You will either get tokenised for being Black, indigenous, a POC and expected to speak for your whole race. But when you have intersectional issues, it comes secondary to the purpose that they’ve designed for you. It’s seen as a distraction and you don’t get heard.”

Climate movements need to be justice movements. Black lives only matter when every single Black life matters. True liberation is liberation for all. Adetola imagines what this future will be like:

“I dream of the day that I wake up, open my eyes and I don’t feel the weight of yesterday – that I feel strong and rooted in who I am and what the community is around me.

“There’s a lot that my ancestors are waiting to be materialised and revealed through me so that sense of duty won’t go away.

“But for now, the [UK] government doesn’t know what’s coming for it.”