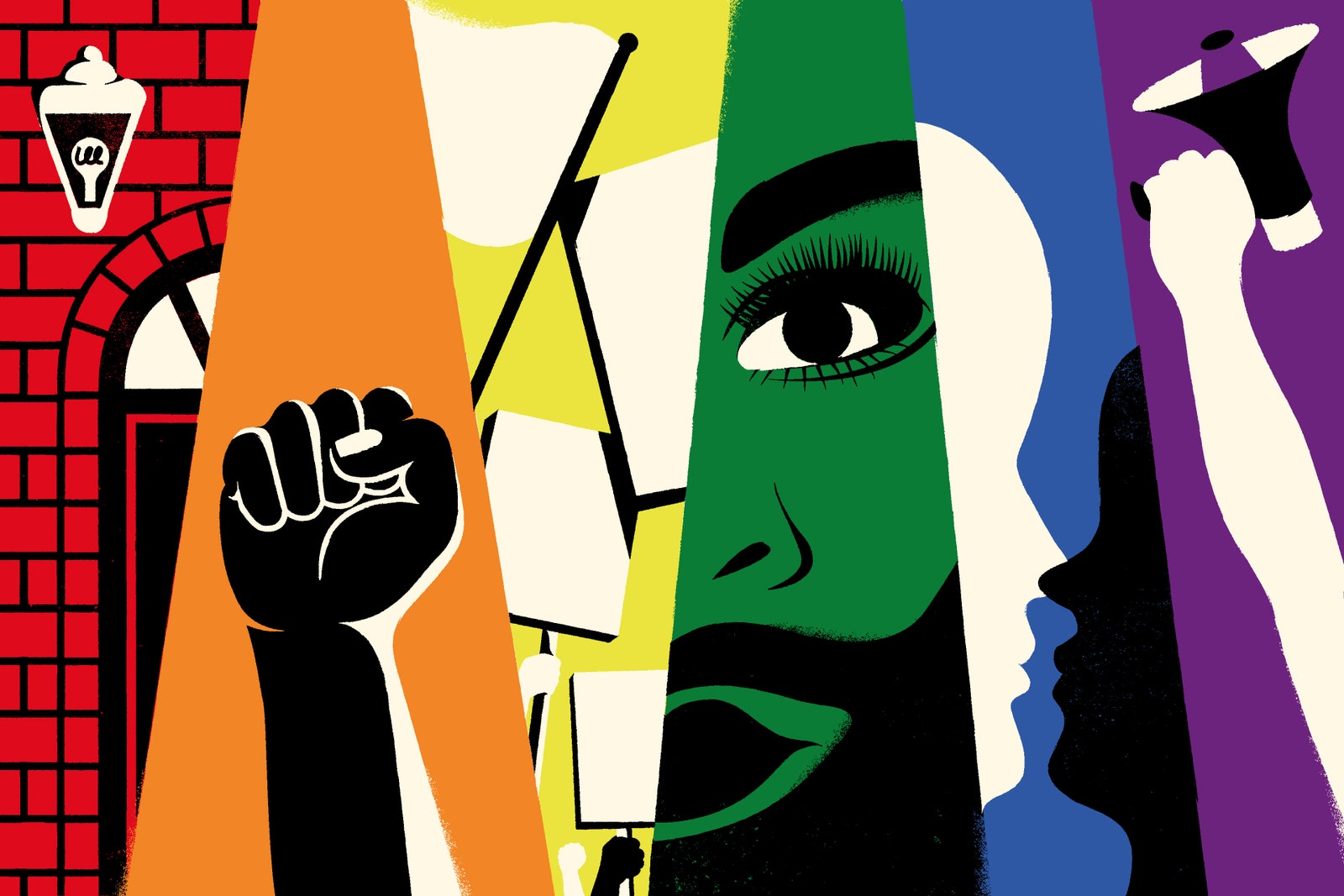 When I started crafting the questions for my research survey, I wanted to give space for a breadth of answers to do with one’s sexuality.

From exploring my own sexuality, as a queer researcher, I knew that many of the questions I posed would require deep introspection from the respondents. For this reason, I had assumed I would only be able to garner a small sample size. Perhaps due to this, or as a simple manifestation of my own insecurity, I did not imagine that I would be able to garner a large sample size, with 20-25 responses being my goal.

Amazingly, I was wrong.

I was able to engage with 130 LGBTQ+ voices from the UK, US, France, Germany, Italy, Ghana, Nigeria and parts of the Middle East. With a majority of the respondents being under the age of 35 and using the pronouns she/her, the experiences expressed will primarily relate to an audience of Millennial and Gen Z queer women.

From the perspectives gathered, we can split queer life into five stages:

The moment that you realised that you were attracted to someone of the same sex. This attraction can present in different ways. You may have just been more interested in them, or it could have been a full-blown crush. This moment is the first time in your memory that you noticed this. 10% of respondents revealed that their best friends were their first crushes (which is something I can relate to). 47% of the participants realised their sexuality before the age of 15.

However, there are barriers to getting to the lightbulb moment. 70% of the respondents detailed that their religious upbringing and heritage contributed to their feelings of internalised homophobia. This was a key barrier that they had to overcome (or are still overcoming) in order to begin the work of acknowledging their sexualities. People who have various intersecting identities sometimes feel like they have to pick a struggle or prioritise which aspect of their marginalisation they should pay more attention to.

The stage where you delve deep into what it means to be a queer person. You may consider your gender presentation and the language you would use to describe your sexuality. You might have to learn or unlearn things you were previously taught in school or by your parents.

The stage when you are ready to come out to the key people in your life. 93% of respondents came out to their friends first.

It is essential to highlight that queer people come out numerous times in their life. It is impossible to average how many times a queer person comes out. Every new job or new acquaintance brings about a process of re-introduction.

This stage is also very dependent on the country that a queer person lives in, their race and their religion. 21% of respondents, primarily from Africa and the Middle East, said that they had not come out and had no plans on doing so. 3% of the sample reported being outed and forced out of the closet.

This was a stage that was important but really depended on one’s geographic location. Similar to coming out, 25% of queer people who lived in countries where homosexuality was illegal reported to not having fellow queer friends. Meanwhile respondents from the UK and US detailed how they found queer friends through social media and at LGBTQ+ events.

During this stage, queer people talked about deciding whether to come out to work colleagues. 45% were out at work. They worried that their sexuality would have a negative impact on their career trajectory.

Some of the most touching insights came from those in environments where homosexuality and any other expressions of gender non-conformity are outlawed. There were respondents who wanted more solidarity to be shown to LGBTQ+ people living in the Middle East. One stated:

“Please don’t forget LGBTQ people in the Middle East. We exist and no one’s fighting for us.”

Additionally, others wanted to address homophobic attitudes which exist in some African communities:

“I wish Africans were less homophobic, the entire premise of homophobia was introduced by the white man’s religion”.

A longing for connection was a running theme seen throughout the comments in the survey.

“I wish there was a hub/directory for black lesbians in the UK as not everyone is into the clubbing scene, and that is all we seem to have available.”

“I don’t think people talk enough about how empty your sex life can be when you’re LGBTQ+. I really wanted to have what I saw on TV as a young person where people were experimenting, kissing girls and not talking about it. However, I didn’t know anybody like me, let alone was around anybody I found attractive, so I’m really underdeveloped in that. I’m an adult now and I’ve still never kissed a woman despite how out and blatant I am.”

Regarding the language used to describe their sexual identity, one respondent gave a key insight, saying:

“Queerness is vague and messy and the empathy that queers have for each other is instrumental for us to maintain some sanity.”

“I’m learning that coming out is an endless cycle that’s boring, terrifying and frustrating all once.”

The critical motivation behind my inquiry was to highlight the intersecting facets of marginalisation that queer people of colour face in society. As part of LGBT History Month , I thought this would be an important project to pursue. The experience of those who fall outside of our heteronormative framework are often whitewashed in the media, so I really appreciated the vulnerability and openness from everyone who engaged with my investigation.

Written By: Rachel Ayeh-Datey – a Black queer writer, editor, researcher and strategist. With a keen interest in Black history, LGBTQ+ issues and social justice, this is reflected in her work. Search @rach_datey on all platforms to find out more.

Design on the queer journey map visuals from Nastja Kasic