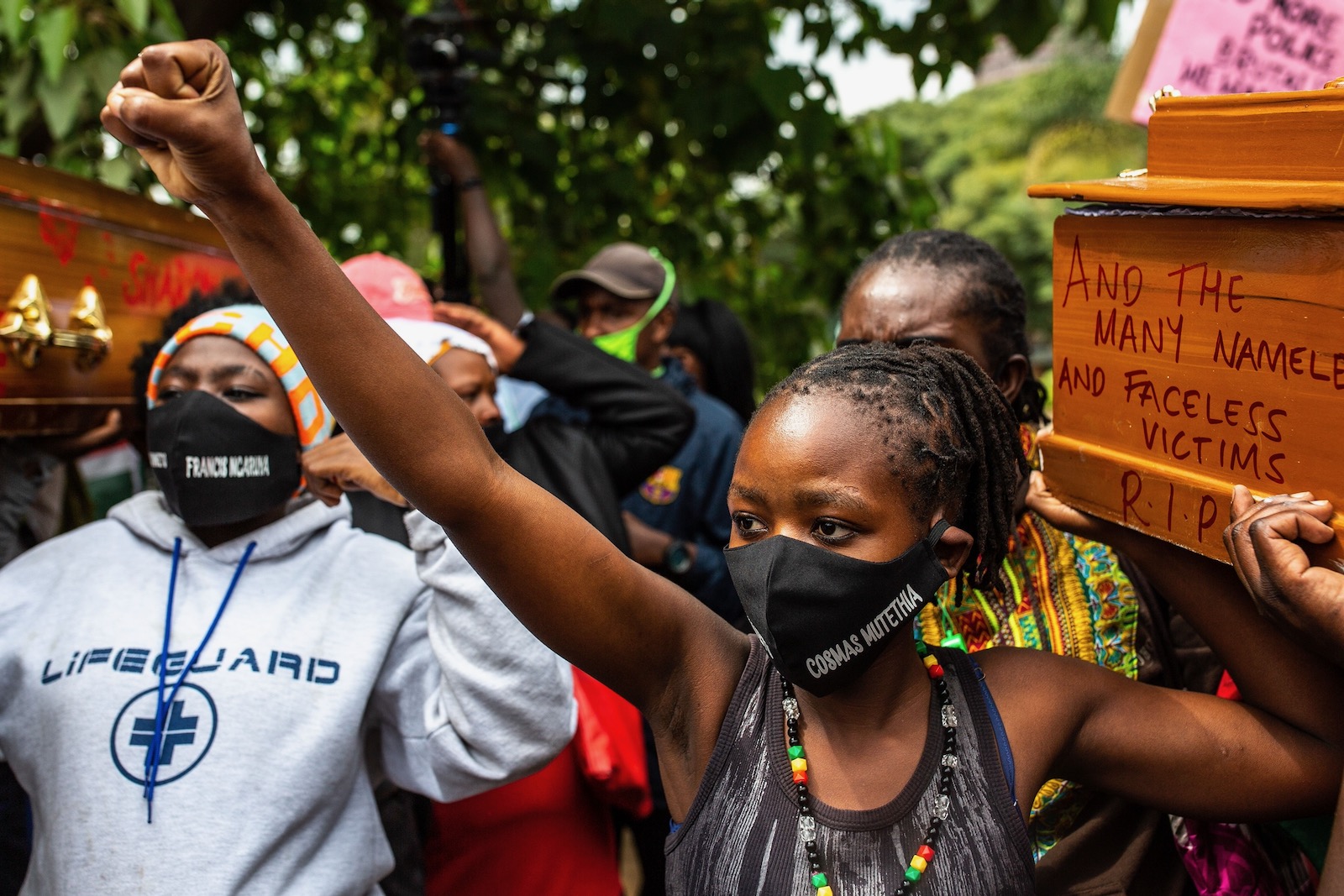 A Long Walk to Freedom in East Africa

A Long Walk to Freedom in East Africa

According to The Economist’s 2019 Democracy Index, eight countries in east Africa have authoritarian governments: Rwanda, Ethiopia, Zimbabwe, Mozambique, Comoros, Djibouti, Eritrea and Burundi. These countries have set a standard for repressing the civil and political liberties of its people, with harsh laws and rights abuses. This includes arbitrary arrests and detentions, impeded freedom of expression, police brutality, and extensions of presidential term limits to cling to power.

But other east African countries, notably Tanzania, Kenya and Uganda, whose current status are ‘Hybrid Regimes’, are not keen on being left behind. They are quickly following their neighbours’ trends.

Tanzanian president, John Magufuli, was recently re-elected with a landslide victory. According to the official count, he won 84% of the vote while his main challenger, Tundu Lissu received just 13%. Yet, this comes amidst allegations of blatant election fraud, blocking opposition party rallies, arrests and detentions of opposition candidates, and media censorship.

The ruling party’s victory in almost all parliamentary seats (winning in 225 of the 230 constituencies) has dismayed critics who had warned of intensified repression under Magufuli’s first years in power. Magufuli’s Chama Cha Mapinduzi party (CCM) party, which has ruled since independence, now has enough seats to change the Constitution and extend the presidency’s two-term limit. Furthermore, Tundu Lissu, the opposition leader, had to flee the country to Germany over threats on his life days after the results were announced. Tanzania, which was previously hailed as a beacon of hope for the region, is now on a political trajectory for absolute authoritarianism.

Uganda has, in recent times, endured a series of crackdowns and repressive laws aimed at the political opposition, civil society, independent media, women, and the LGBT community.

Not long ago, the electoral commission set 14th January 2021, as the date for the next presidential elections. President Museveni, who has been in power for 34 years, changed the age limit provision cap in the Constitution to allow him to run a sixth time. The Uganda opposition parties have claimed that the government is using restrictions put in place to limit the spread of COVID-19 to disrupt their rallies, whereas those by the ruling party, are proceeding without interference.

Two presidential aspirants, Patrick Amuriat and Robert Kyanguli (Bobi Wine) were detained on 18th November 2020 on as they went to register as candidates; a few days later, Bobi Wine was again detained while campaigning. Protests over his arrest ensued, which left 37 dead after police officers were dispatched to the site. The state-sponsored violence, which is expected to continue, served as a deterrent for the opposition and their supporters. These events unfolded within the context of a crackdown on free speech which now defines the state of affairs in Uganda.

Somalia, one of the worst freedom performers not only in east Africa but the world, is also working hard to maintain its position. The fractured nation, whose general polls were due in December 2020, announced a postponement until August 2021. This was to be the first fully democratic election where the power to decide would rest on the citizens, and not clan elders. The UN had described this new electoral system as a historic milestone. But in a turn of events, President Mohamed Abdullahi Farmaajo and the federal state leaders agreed to retain the clan-based system of delegate voting in the elections. Somalia’s citizen will still not have a say on who leads them.

Kenya, a country that had shown promise in 2010 by enacting a new constitution with several positive reforms, is also following a similarly authoritarian path. In 2014, the government deregistered more than 500 civil society groups, with the accusation of them being “vulnerable to abuse as conduits of terrorism financing.” Additionally, homosexuality was criminalised by the courts last year – the same courts that President Kenyatta vowed to ‘fix’ after they nullified his 2017 election. Cases of rampant police brutality have also been on the rise prompting Amnesty International to file a class-action lawsuit against the Kenyan Police.

But a few weeks ago, President Kenyatta made a strong case for a referendum to approve changes to the Constitution before the 2022 General Elections. In the current Constitution, he cannot run for a third term. He is now pushing for amendments that, if approved, will allow him to remain in power post-term. The modifications include the creation of the new position of the prime minister, as well as two deputies. The prime minister would be chosen by the president. In a country with no opposition party, this constitutional coup is inevitable.

The leaders of Uganda, Tanzania, Somalia, and Kenya are resorting to brazen anti-democratic tactics in their ongoing efforts to preserve political control. In a region that has several countries ruled by former army rebels, i.e., Burundi, Eritrea, Ethiopia, Rwanda, and Uganda, administrations are underpinned by coercion and force. That could explain why democratic governance has either been declining or stagnating in every country in east Africa for the past 12 years. Despite these challenges, the support for democracy remains high in Africa. In a poll conducted by Afrobarometer, at least 68% of Africans said they prefer to live in more open and free societies. But this dream can only be attained if citizens’ civil liberties and political rights are guaranteed and protected.

There need to be electoral reforms in the region which require officeholders to step aside in the run-up to elections. Public offices currently give incumbent leaders access to state security institutions which they use to intimidate voters and repress opposition. These offices also grant them access to government funds and facilities for political campaigns which further advance them against rivals. We need to level the playing field. The people of east Africa must also have their right to peacefully assemble honoured. Freedom of speech and freedom of thought is currently under threat, and we must fight back.

It will be a long walk to freedom in east Africa, but let’s take the first step towards good governance by safeguarding human, civil, political and social rights.

Written By: Edith Knight Magak – a 2020 writing fellow at African Liberty and a literary journalist at Africa in Dialogue. Edith is based in Nairobi, Kenya.