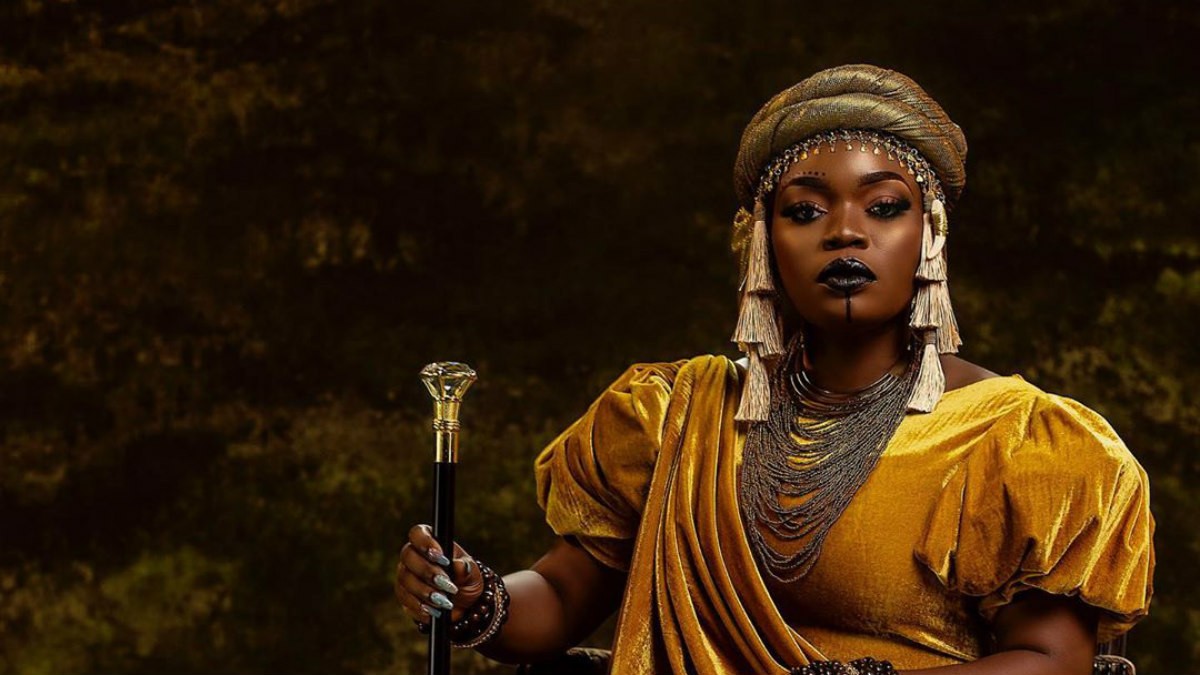 Kandaka(t): “Strong woman”, title for queens and queen mothers of the ancient African Kingdom of Kush, located at the Sudanese and southern Egyptian Nile Valley, also called Nubia and Ethiopia. In memory of the warriors’, regents’ and ruling queen mother’s’ legacy, the Sudanese people still honour strong women as Kandakat today. In the Sudanese Uprisings of 2019, women protesters were at the forefront of demanding change and social justice and the title Kandaka was used to celebrate their courage and strength.

As a Sudaniya and a feminist, I have long been fascinated by the legacies of African warrior women. I named my online publication Kandaka, because I believe that our heritage can inspire strength and imagination in feminists all over the world. Connecting the stories of my ancestors to contemporary feminist movement and the struggles of today opens new spaces for rethinking activism, womanhood and the radical legacies we build on. Learning about African feminist icons is a gift to ourselves as we figure out what empowerment means; it offers possibilities for finding solutions that defy the limits of western-centred philosophies, and instead allows us to tap into our own multivocal feminist past and present.

The Dahomey Amazons, Queen Makeda of Ethiopia, Nzinga of Angola or Mnkabayi of Zululand symbolise African women whose lives and societal roles were utterly unimaginable to a western mind at the time of their reigns. Countering discussions of feminism being un-African or a purely western movement, these women tell alternate herstories which complicate homogeneous narratives of a primitive Africa. Of course, patriarchy ravages Africa the same way it does other continents, and this is exactly why Africans have developed feminisms for all of us who are not born into a lineage of queen warriors. Minna Salami, or Ms Afropolitan, writes: “Africa has some of the oldest civilizations in the world so while they didn’t always call it feminism (the noun) as far back as we can trace we know that there were women who were feminist (the adjective) and who found ways of opposing patriarchy.”

In Sudanese collective memory, Kandakat ruled their very own matri-lineal systems, unbothered by patriarchal customs of societies like Rome or Greece at the time. Located by the Sudanese Nile, the Kushite Kingdom was a polity centred around its capital Meroë, flourishing between 750 BCE – 350 CE and leaving behind over 300 pyramids. After women took power, Meroë became legendary as a city of fabulous wealth, expanding both its borders and economy. Meroitic script has not been fully deciphered yet, and so Nubian warrior queens continue making more appearances as historical research progresses. We know that, as warrior regents, Kandakat protected their people from European invasion even in ancient times. For example, Kandaka Amanirenas (r.c. 40 – 10 BCE) fought the Meroitic War (27-22 BCE) between Kush and Rome, triggered by Kushite raiding parties making incursions into Egypt which was at the time under Roman control. Amanirenas, usually depicted as a courageous queen blind in one eye, retaliated against Roman attacks and won Roman favour as a skilled negotiator. “Amanirenas had captured a number of statues from Egypt, which she returned following the peace; but the head of one she buried under the steps of a temple so that people would walk over Augustus Caesar in their daily visits.” It is this spirit that Sudanese women have been channelling when protesting for their rights, first against British colonial powers, later against corrupt governments, and always against entitled men.

She Who Bore The Gods

Starting with Kandaka Amanikhatashan (r.c. 62 – 85 CE), many Nubian queens served as High Priestesses to the Egyptian goddess Nut. In the Egyptian pantheon, Nut is the sky goddess who personifies the stars, cosmos, mothers, astronomy, and the universe. Aligning with her energy symbolised the divinity a Kandaka reached when being crowned and the power she held as the bearer of future regents. Nut was also referred to as “She Who Protects” and “She Who Bore The Gods”, a divine Black mother. It was said that during the day, all heavenly bodies, such as the Sun and Moon, made their way across her body. She also personified the barrier between chaos and order, her fingers and toes a compass directing us towards the cardinal points. Nut was often depicted as a star-covered nude goddess, bringing wealth to her people, protecting them even in death, and keeping evil away. On my left arm I have the head of a beautiful Nubian woman tattooed, I call her Nut. She reminds me that my love for astrology, reading the heavens and celebrating womanhood are rooted in my ancestry; that feminism has been part of my lineage for centuries and that to strive for liberation, I can look for guidance in my homeland.

If we want, feminism can be so much more than closing the gender pay gap. It can be a well of endless imagination, nurtured by our roots and the powerful mythologies that many Africans still celebrate today. Kandaka’s legacy is exactly that: a reminder for the timelessness of Black feminine magic. Honouring this title and its heritage allows us to take responsibility over the herstories of African women and to connect them to our present realities. As Ghanaian novelist Ama Ata Aidoo said, “…if the women in my stories are articulate, it is because that is the only type of women I grew up among. And I learnt those ﬁrst feminist lessons in Africa from African women.”