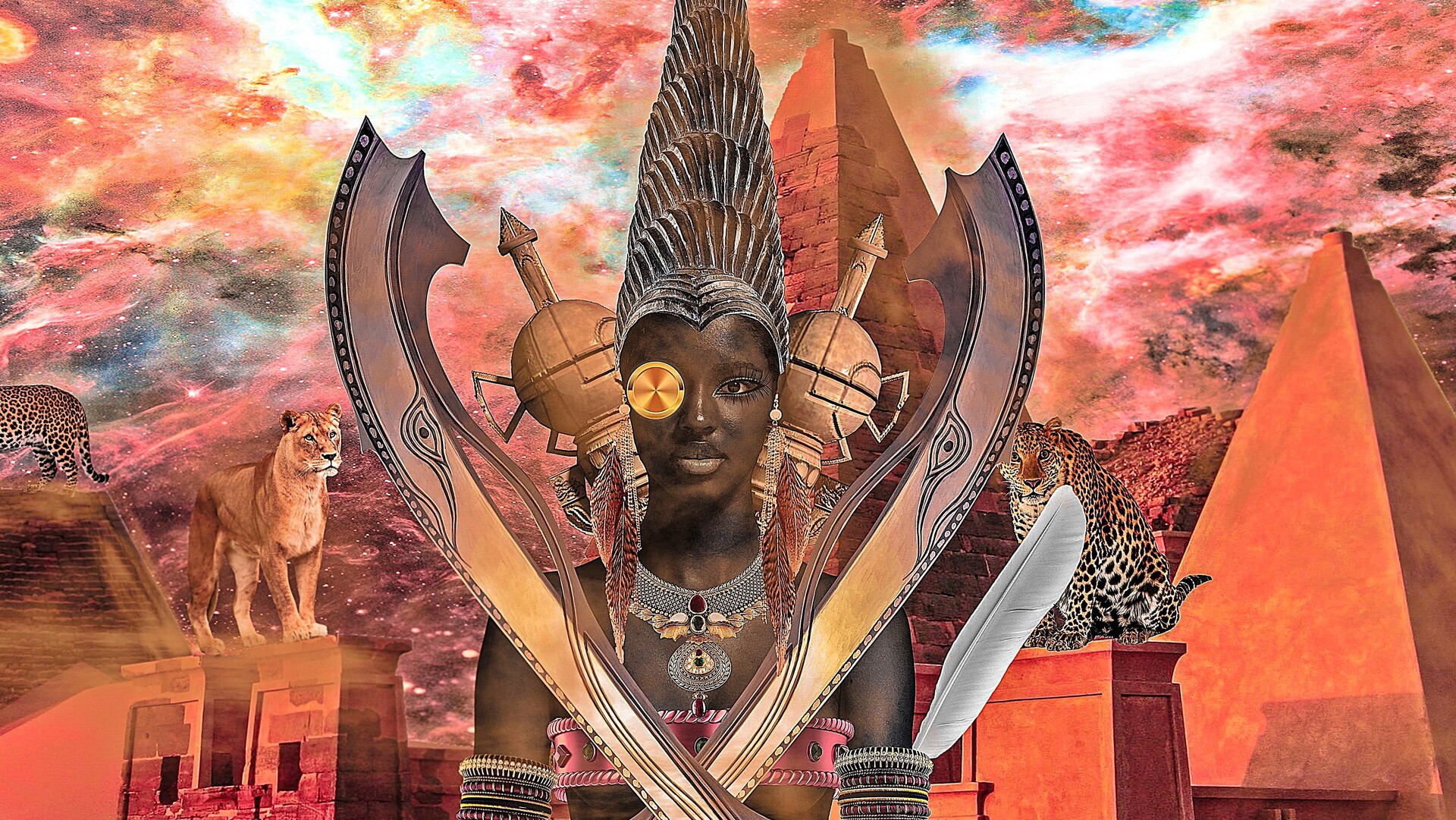 Heroines of late are ones who have invented modern-day necessities, paved the way for access to a multitude of previously inaccessible resources and navigated the forefront of resistance movements. It is less widely known, though, that some have been doing this for millennia prior. One of these historic heroines is Kandake Amanirenas, Queen of the powerful ancient kingdom of Kush.

Her full title was Kandake Amnirense Qore Li Kdwe Li, and she lived in the 1st century BCE. Kandake (or Queen) Amanirenas ascended the throne in her early 20s and became ruler after the death of her husband, who was believed to be Emperor Teriqetas, with whom she bore at least two sons. Described as a diligent ruler, her reign over the kingdom of Kush (modern-day Sudan) lasted from around 40 BCE up until her death in around 10 BCE, at which point she would have likely been in her late 50s.

Kandake Amanirenas was a leader, fighter, military commander and political strategist who accomplished for her people what many could not. Most renowned for her role leading the Kushite army in the Meroitic War between Kush and Rome, this Nubian Queen is described in early accounts by Greek scholar, Strabo, as a ‘masculine woman […] who had lost an eye’ from severe wounds in battle. She took on one of the most powerful empires at the time and persisted in continuing the fight until she achieved all of the terms she wanted for her kingdom.

The war between Kush and Rome saw Amanirenas lose her son, Kharapkhael and aforementioned husband early on. After quickly organising a military of 20,000 to 30,000 men, she continued the fight alongside her last surviving son, Prince Akinidad, who was also eventually killed. This left Amanirenas as the sole ruler of the region.

Illustration of Queen Amanirenas of Kush, by Jonathan Fado

Many powerful Queens existed in Meroitic civilisation. While it was common in African kingdoms for women to take on such roles, Kandake Amanirenas is highly regarded as one of the most daring and influential monarchs ever to grace the continent. Not only did she lead a fierce resistance and mobilise her army against their significantly more militarised opponent, but she also waged successful campaigns against Roman expansion, and achieved a peace treaty with terms that favoured her kingdom. This meant that the Roman army had to retreat from their post, revoke proposed taxes and grant the Kushites their land back. The people of Kush would thus be exempt from any threat of Roman rule from then on.

Kandake Amanirenas sets an example as a leader. Despite losing her family and enduring several crushing defeats, she proceeded to continue the fight. The Meroitic War lasted for five years (27 BCE to 22 BCE). Amanirenas spent the best part of her life fighting for her kingdom and her people, as expected of any ruler, though she accomplished more than just that. Her drive and determination gave the Kushites their future, as established by the terms she dictated in the peace treaty. Because of this, her legacy is cemented in ancient history as one of the most accomplished Queens of Kush for successfully securing her kingdom for the next 300 years until the kingdom’s demise.

Loyalty, indomitable courage, persistence and physicality made Amanirenas a formidable leader. Her influence exceeded the grounds of the battlefield as it lived on in the names of future Queens of Kush. The royal title of ‘Kandake’ was attributed to a new meaning because of Amanirenas’ accomplishments during the Meroitic War and became synonymous with the term ‘Great Queen’. Successors are noted to have adopted her name, ‘Amani’ in their titles as a way to pay homage to her incredible act of resistance, including Queens Amanishakheto (10 BCE – 1 CE) and Amanitore (1CE – 25CE). This tribute to Amanirenas would remind the kingdom and its people of the strength of Kushite rule.

Buried in Gebel Barkal, Sudan, this great heroine’s legacy is solidified by accounts of old (in stela inscriptions) and discoveries of new (the unearthing of the statue head of Augustus at the foot of a temple). It is said that Amanirenas never remarried after the war and continued to diligently rule over her kingdom until death. While her greatest known achievements came at the hands of warfare, this Queen was revered by her people as a symbol of hope. Popular history has only gathered one side of her story, though, given the praise and evidence of triumph that accompanies her tale of existence, there is no doubt that her mark on history was made for the future to know her name: the fierce one-eyed warrior Queen, Kandake Amanirenas.

Written By: Lauren N. Johnson is a freelance writer with a profound interest in culture and behaviour. Her articles focus on culture, lifestyle and the state of society. Connect with her on Instagram and blog