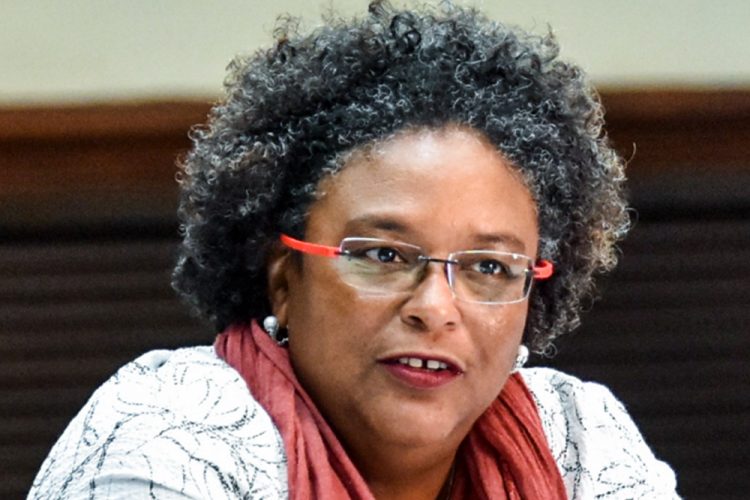 Mottley’s forthright leadership is pushing Barbados and the world forward.

Descriptors used for Prime Minister Mia Mottley include ‘trailblazing’ and ‘history-making’, and for good reason. As the first female Prime Minister of the southern Caribbean Island of Barbados, Mottley is breaking historical bonds and forging new paths for her people, most notably, by removing the British Queen as Barbados’ head of state. She’s also done a stellar job in assuring her people are properly equipped to handle the COVID-19 pandemic, as acknowledged by the World Health Organization’s (WHO) Director-General Tedros Adhanom’s opening address in April of last year.

So, where did her political prowess begin?

Mottley entered politics at the young age of 26 with a rich background in diplomacy. Her grandfather had been a successful politician and her father a barrister. Mottley also trained as a barrister, gaining a law degree from LSE and becoming Barbados’ first female attorney general in 2001. As the Minister of finance, economic affairs, and investment, she was also one of the youngest members ever to be appointed a ministerial portfolio at the age of 29. To become Prime Minister in 2018, she won by the largest ever margin in the country’s history. Now in her third year in office, with a significant backlog of firsts, the Bajan Prime Minister is leaving few stones unturned.

‘‘The time has come to fully leave our colonial past behind. Barbadians want a Barbadian head of state.”

For a start, Mia Mottley is breaking down barriers and rebuilding Barbados as its own entity. Mottley’s plan to officially remove the Queen as head of state, after over half a century of rule, will be finalised this November. It’s been years in the process, and soon, Barbados will be a republic, as the Prime Minister asserts: ‘‘The time has come to fully leave our colonial past behind. Barbadians want a Barbadian head of state.’’ Following in the footsteps of neighbouring islands Trinidad & Tobago, Guyana and Dominica, Barbados has toyed with the idea since the 1970s, with the proposal finally being taken forward by Mottley. This removal is perhaps the physical declaration of a truly independent state and a significant part in deconstructing the legacy of colonialism – a struggle which numerous Caribbean nations know all too well.

Included in this plan is establishing embassies in Africa and the Middle East, namely Ghana, Kenya, Morocco, and the United Arab Emirates. Her mission: to have global Barbadians who carry Barbadian values. No less, these moves are symbolic of Barbados’ proclamation of a newfound sense of self to the world. To further foster international relationships, she is introducing an immigration bill to extend citizenship to generations of the diaspora. This new bill will mean that those who have moved to Barbados under the 12-month Welcome Stamp Programme will have the opportunity to apply for citizenship, in turn generating more revenue for the country. Mottley’s pursuit of longevity and connectedness is set to benefit Barbados beyond its borders.

Not only is the Prime Minister setting global standards for her country, but she is setting global precedence in leadership, being positively at the forefront of the current global crises, such as the climate crisis and the COVID-19 pandemic. Mottley’s speech at the UN General Assembly in September made headlines worldwide, citing the words of reggae legend Bob Marley: “In the words of Robert Nesta Marley ‘who will get up and stand up’ for the rights of our people”.

“We refuse to be relegated to the footnotes of history, and to be collateral damage to the greed of others.”

Her lambasting of the international body stressed the need for better moral, strategic leadership on an international scale. In particular, her address of stratified inequality was spearheaded by strong arguments she put to the UN, prompting a global shockwave of her sharp civic mindedness: “How many more crises must hit before we see an international system that stops dividing us and starts to lift us up?”

Mottley consistently implores public and private bodies to make changes and collaborate in a joint effort to relieve the pressures and effects of current governing structures. Her sentiment was already established just days earlier at the UN Climate Summit. She stressed the little contribution that small island developing states (SIDS) have made to climate disasters that continue to disproportionately impact them, with little help from richer nation states who generate more environmental harm. She explained: “We refuse to be relegated to the footnotes of history, and to be collateral damage to the greed of others. For we have contributed less than 1% of greenhouse gas emissions…”.

But Mottley’s equitising mission is not just an external feat; she’s also making real change on the ground. In what is a massive leap for human rights regarding the LGBTQ+ community, the Prime Minister called a referendum to legalise same-sex civil unions. Homosexuality will remain illegal and enshrined in laws that date back to colonialism until a new Act can finally be passed, but the future looks hopeful.

Deemed one of the most compelling leaders of a generation, the Bajan leader has so far taken the reins for her country’s economic and political freedom; partially led the climate crisis effort; put in place social reforms for human rights abuses and challenged international bodies. To register her log of firsts is not to discount her tenacity to sustain the effort, locally and globally. Mottley has already become a beacon of moral leadership as a Woman leader and is fast becoming one of the most impactful figures in recent history.