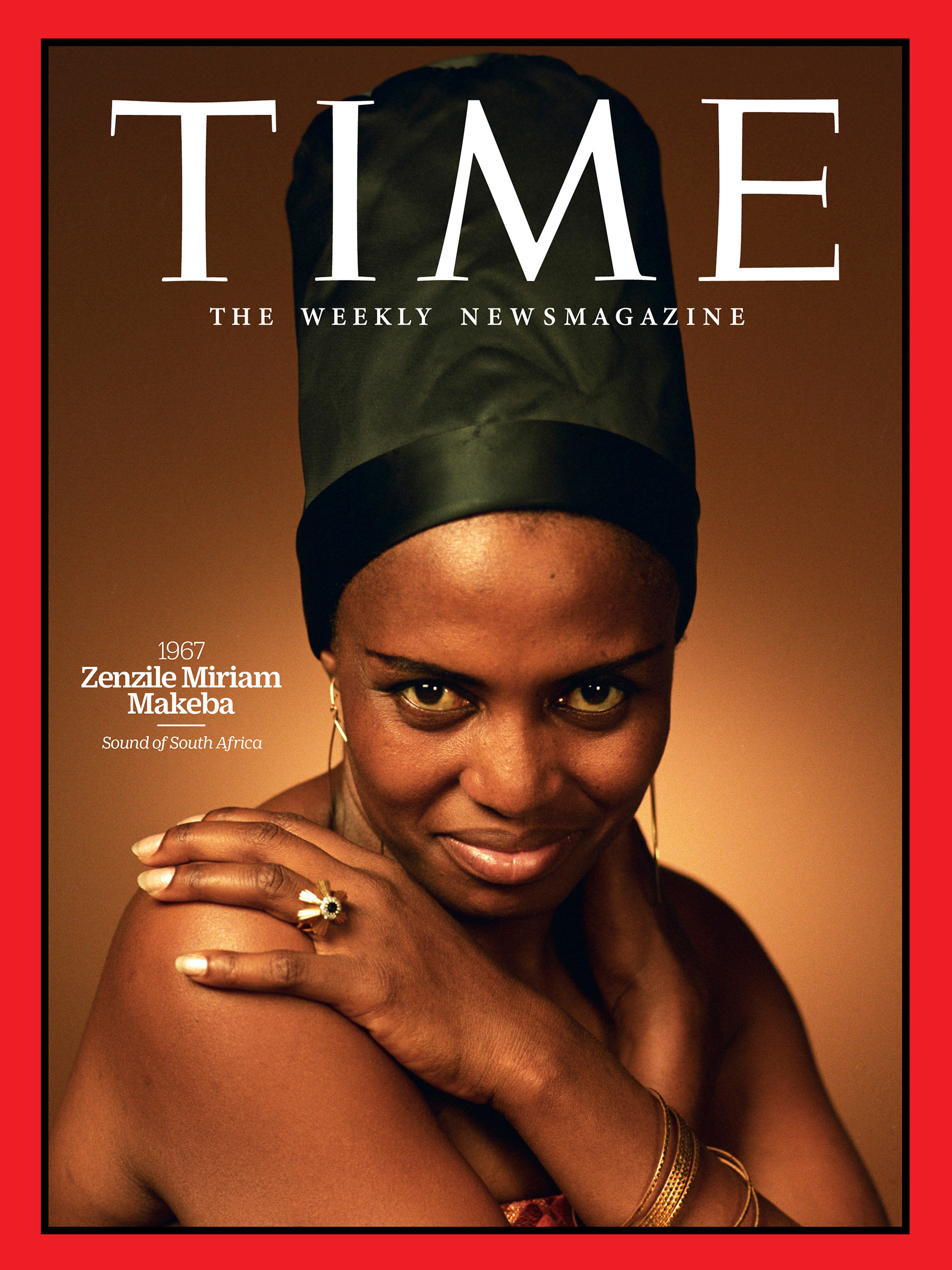 “…As Makeba proved, we all have the power to be active citizens, the right to take centre stage, sing out for freedoms anyway we can.”

It was the 16th of July 1963, a petite, black woman, boasting a clipped-short Afro hairdo, clad in a streamlined, light-toned, two-piece skirt suit, seemingly waltzed into a room where ten stern-faced, middle-aged men, and a solo boubou-donned elderly woman sat around an oval table. The young woman gracefully took her place behind a microphone and, stiltedly and softly at first, began to read: “I ask you and all the leaders of the world, would you act differently, would you keep silent and do nothing if you were in our place? Would you not resist if you were allowed no rights in your own country because the colour of your skin is different from that of the rulers…?”

Who were the listeners? The international representatives of the United Nations Special Committee Against Apartheid. Who was the speaker? 31-year-old African singer Miriam Makeba. What was the purpose of this speech? To decry racial injustice in South Africa!

By the early 1960s, South Africa’s legal system of “apartness” and “separate development” for black and white people, which had been constitutionalised in 1948, was enraging the world. There were calls for sanctions against the repressive regime and to stop the violence against the majority black population. Miriam Makeba proved to be the popular voice to shine a light on these atrocities, on a global stage.

Born in the backyards of the sprawling Prospect Township, near Johannesburg, in 1933, Makeba started singing from an early age, singing solos in church, at community events and at school. Her school life, however, was cut short at just 14 years old, due to her family’s tight finances. To earn her way, like many young black women at the time, she worked as a maid, toiling away doing ‘piece jobs’ such as cleaning the homes of various white families. Miriam struggled along, until just before her 18th birthday, when she fell pregnant, got married and gave birth to a daughter, she named Bongi. While her marriage, was born of love, it was marred by increasing physical and emotional abuse. Within a year, she was forced to flee, with her child, and return to her mother. As she needed to work, Miriam relocated to stay with a relative in the township of Soweto. Fortune intervened. Her relative, knowing that Miriam could sing, invited her to join him in his small, amateur musical band. This simple request ended up being the catalyst for her later fame and enduring legacy. By 1952, Miriam was singing professionally with The Manhattan Brothers. Within a short time, she was the star attraction. By 1954, she was recording with her own “all-girls” quartet The Skylarks, featuring on the covers of publications such as Drum Magazine, and gaining ‘cross-over’ appeal, which extended beyond “For-Africans-only” venues. Her brief appearance in the film Come Back, Africa, playing herself, in a  figure-hugging outfit and singing just two songs, would change her life dramatically.

In August 1959, Makeba left South Africa travelling via Italy, to the United Kingdom. After an appearance on the BBC’s talk-show television programme In Town Tonight, the young starlet fortuitously crossed paths with Calypso-famed musical giant and political activist Harry Belafonte, who invited her to travel to America to work with him. As Belafonte’s protégé, she made her first live television appearance on NBC’s The Steve Allen’s Show in early December of 1959. With her natural short hairdo, rich caramel skin-tone, fluid dance moves, sharp wit, dramatically bright eyes and rhythmically clicking in her home language of Xhosa language, she was enigmatic. Little did she imagine how much further her life journey would take her.

By the 1960s, Makeba’s appeal in America soared. The more she performed, the more she realised that she could harness her stage presence and utilise her fame to platform her grievances against apartheid. Her longstanding mentor, Belafonte, had proved to be a formidable influence on the young woman, connecting her with fellow activists like poet Langston Hughes, singer Nina Simone and actress Diahann Carrol. These friendships undoubtedly spurred her on in her fight against the racial injustice in her home country.

In August 1960, still riding the wave of success in America, she received news that her mother had passed away. Devastated, she rushed to her embassy, as was required by government regulations at the time, to apply for a right to travel back home.

With one stamp, her passport was rendered invalid. In subsequent months her music would be declared ‘banned’ and censored in South Africa. With that, Miriam Makeba was forced into a life of an exile that would, unbeknown to her at the time, last a gruelling and heart-rendering 30 years!

Exiled in America, her circle of associates grew to include African political activists, amongst them Kenyan Tom Mboya, and Zambia’s Kenneth Kaunda. Through these activists, in 1962, she received an invitation to perform the inauguration ceremony of Julius Nyerere, the first president of Tanzania. This would be the first of many invitations that would see her performing for leaders of newly independent African states. Soon, her renown would extend beyond the continent. In commiseration with her “landlessness”, Makeba would go on receive honorary citizenship and passports of nine countries – amongst them Tanzania, Kenya, Algeria, Guinea, Liberia, Cuba, and later Belgium and France. As a performer known for her courage to speak ‘truth-to-power’, Makeba was invited to speak before the United Nations Special Committee again in 1964. Over a decade later, in 1976 and 1977, still using her voice, she spoke before multiple heads of States in the United Nations General Assembly.

Throughout her career, Makeba traversed physical, spiritual, cultural and mental borders. Singing songs beyond her home languages of Sotho, Xhosa and Zulu; she picked up strains in Swahili, French, Spanish, Portuguese; learnt tunes in Bambara while in Mali, Fula and Malinke in Guinea, Amharic in Ethiopia and enthralled in Algeria as she intoned the traditional Arabic chant Ifriqiya. Through her music and with her songs, Makeba became a voice to the voiceless.

Written By: Nomsa Mwamuka – an independent researcher, writer and producer who writes about African arts, culture and lifestyle issues. Check out her blog here