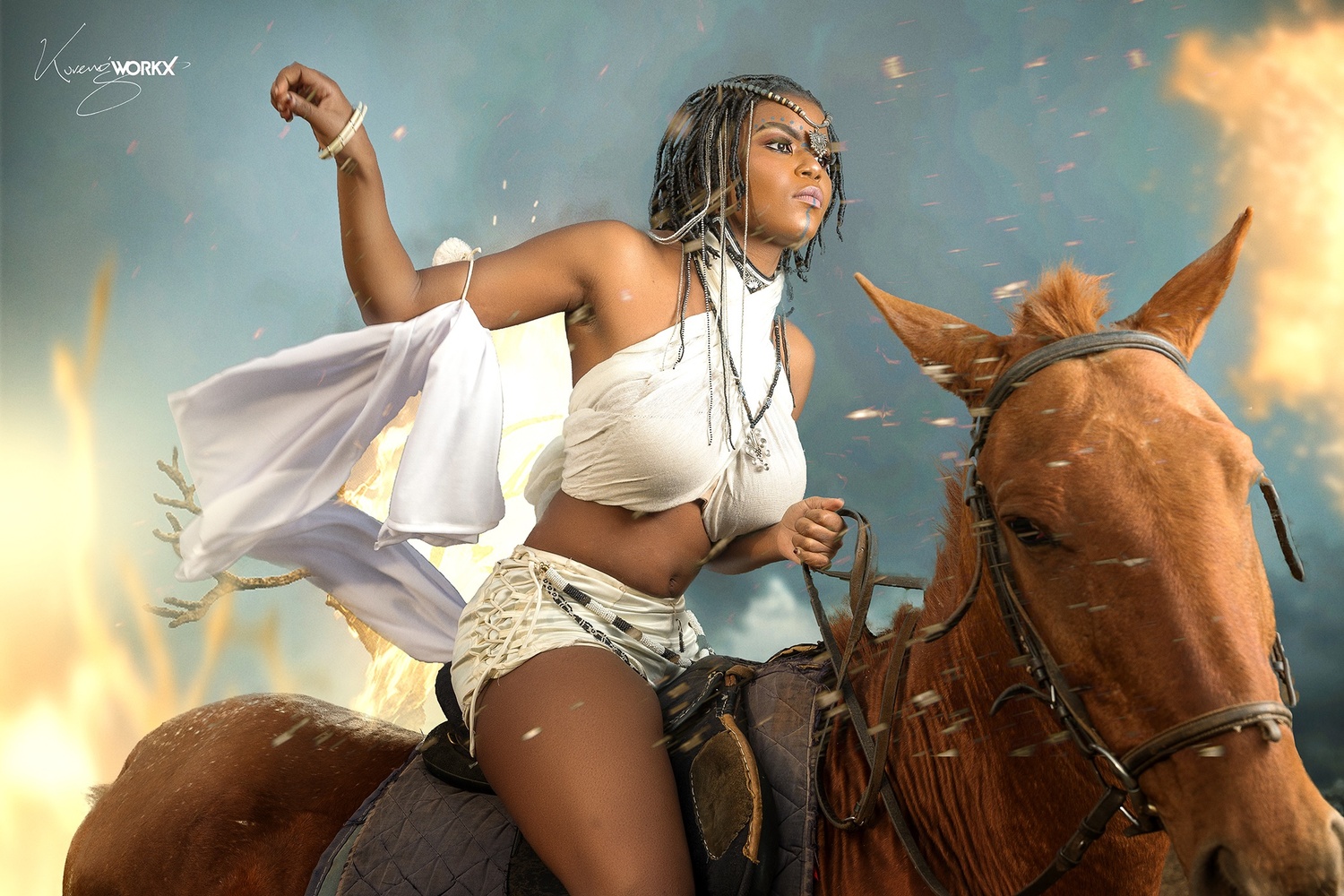 British colonial officers refused to give permits for gatherings; not to be discovered by the Brits, Mekatilili mobilised local market women for, ‘picnics’ and ‘festivals.’ Mekatilili then started the rebellion by leading public assemblies. At one such meeting, the Britons responded by firing into the unarmed crowd, dozens of people died.

Due to Mekatilili’s efforts, the colonial system in Giriama land almost shut down because she urged her people to reject the new ways. Mekatilili told the people that they should not pay the tax on huts where grain was stored. Mekatilili’s actions earned her the attention of one British colonial administrator, Arthur Champion. There is a legend of the two meeting, with research offering varied reports of the encounter. Several accounts indicate that Mekatilili approached Arthur Champion, and let loose a mother hen and her chicks in Champion’s house. She dared him to pick even a single chick, and see what the mother hen did. Champion did as instructed, and the mother hen, as expected, pecked him ferociously – and Mekatilili by use of the hen and chicks metaphor, dared the British Occupiers. In response, Champion took out a gun and shot the mother hen. Legend also has it that at another rally, in August 1913, Mekatilili got into a heated argument with Arthur Champion, who she slapped. When the Giriama men that were present gathered to defend their hero against the British official, colonial officers fired shots into the crowd as a deterrent.

Mekatilili increased the rallying with help from the medicine man Wanje wa Mwadorikola; the two arranged a huge meeting at Kaya Fungo attended by thousands. The elders administered the Mukushekushe and Fisi oaths among the women and men, who vowed never to cooperate with the British. It was believed any snitch or traitor who took the oaths would die. A kiraho (spell) was cast on those who donned English clothing or attended mission schools and churches. The Giriama left that meeting with a renewed sense of rebellion.

Due to Mekatilili’s fearlessness and outright confrontation of colonial rule, the British sought to scheme against her. On 17 October 1913, Mekatilili and members of the rebellion were arrested. Among the members apprehended was Wanje. The duo subsequently found themselves facing five years at Kisii prison. By April 1914, Mekatilili had managed a prison break-in, freeing her partner in liberation and other fellow detainees. The two walked thousands of kilometres back home to Giriama land to continue the revolution, trailing through dangerous forest terrain along crocodile-infested waters.

Despite Mekatilili being arrested and imprisoned multiple times, her campaign of resistance was successful. The British relaxed control of the region, and granted the demands for which Mekatilili and the Giriama had fought. Historical records lay in conflict regarding Mekatilili wa Menza’s year of death, with some indicating 1924 and some 1925, by this period she would have been around seventy. Legend has it that she died pounding grain in the field. Others say she died from an unknown fever.

Although Mekatilili died ignominiously like many anti-colonial heroes, she occupies a venerated space in Giriama’s and Kenya’s public memory. Leading intellectuals, such as Ngũgĩ wa Thiong’ o, have acknowledged the grand woman as a moral beacon for indigenous Kenyans. Mekatilili has also been a subject of scattered graduate dissertations in Kenyan universities, and a few other institutions globally, as well as in oral historical accounts by Kenyans.

Documented past gives people an identity – half of this population consists of women, but if they are not included in archival narratives, then there is a sense of lack and loss. Herstory matters just as much as History.

Written By: Moraa Gitaa – a Kenyan novelist, Cultural Advocate, Arts Curator, Peace Studies & Conflict Management Researcher, who works and writes at the intersections of Gender, Social Justice, Arts for Positive Social Change and Feminist Politics. Moraa is Vice President of PEN Kenya and Board Member on Executive Committee of Creative Writers Association of Kenya (C-WAK). Follower her on Twitter Facebook and Instagram