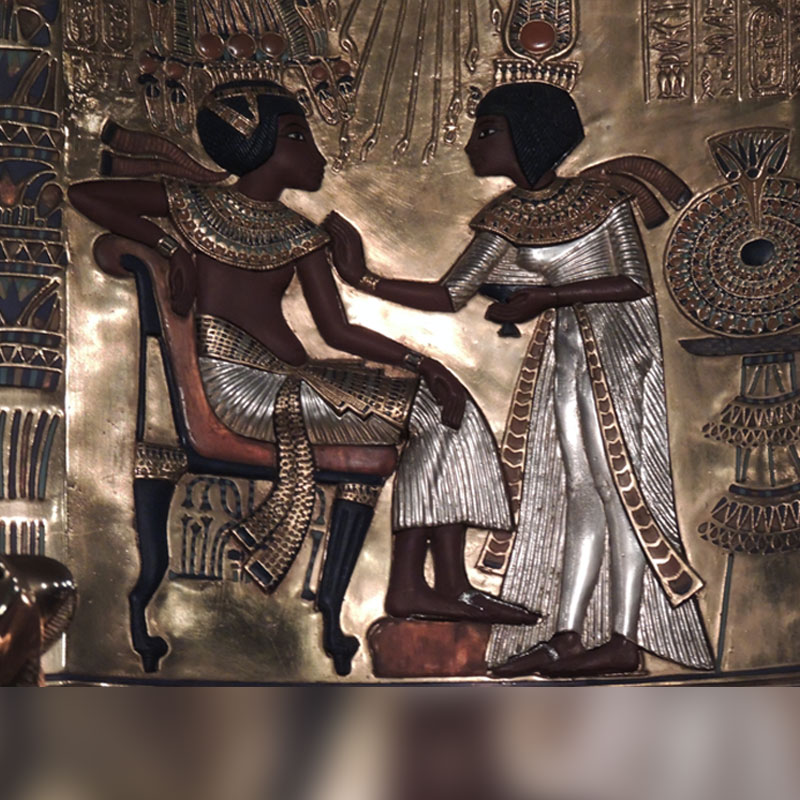 I am a Sudanese-German woman living in Cairo, Egypt. A Black European in an African country that is mostly Brown.

The majority of Egyptians do not identify as Black. In fact, in their world view, they’re white. With little white people to compare themselves to, they consider their light skin white skin; it is what makes Egypt not African, and proudly so. Blackness here is foreign, is South, is Nubian and not the idealised diasporic kind. Living in between Afropean communities and Egypt, it amazes me how much Pharaonic heritage and royal Nubia are romanticised in the diaspora when in reality, Black life in Egypt is ridiculed at best and violently dehumanised at worst.

The interplay of race, class and gender in North Africa is complicated and unique. Having lived in Egypt on and off for three years, I witness how violent racial dynamics have been normalised into a painfully and obviously anti-Black society.

As an Afropean German citizen, my experience is privileged and pitied, an interesting mix of colonial respect and colourist microaggressions.

I live a comfortable life, my foreignness sparks people’s interest and affords me access to many parts of society. I found a home in El Maadi, a wealthy suburb of Cairo, green and full of embassies. El Maadi is where rich people do yoga and sit in fancy garden cafés. Kids go to international schools, their Arabic tongues intertwining with English words for sophistication and class. It’s where you’ll see many foreigners, both white and Black, though who’s labelled as an expat (white foreigner) and who’s called an immigrant  (black foreigner) is determined by skin colour.

“I blame Sudan for Egypt not wanting to be African”, someone told me recently at a party, “we look south and all we see is poverty, of course we’re not interested.” My Sudanese family does not understand why I chose a life in Egypt. Egyptians infamously treat the Sudanese terribly; it seems like most of Sudan is traumatised by the racial violence that Sudanese migrants are subjected to at the hand of their neighbours.

Most Egyptians have no real-world understanding of Blackness, but subconsciously they have normalised it as ugly and poor.

This ideation justifies the exploitation of Sudanese and Somali immigrants’ cheap labour. This anti-Blackness is birthed from the history of Muslim Arab enslavement of Sub-Saharan Africans; the word ‘abd’ means slave in Arabic and is applied as a common insult for Black people. This racial legacy goes largely unacknowledged, along with the present violence that is inflicted upon Black bodies. It’s even laughed upon, dismissed and ridiculed.

My Sudanese father went to university in Alexandria, Egypt, during the 80s. In his five years as a student, he didn’t make a single Egyptian friend and was never invited into an Egyptian’s house.

My experience is completely different – I have been welcomed into many Egyptian homes. I am also Sudanese, but I came to Egypt from Europe expat-style. My labour is not cheap, my skin tone merely a ‘stain’ on my Germanness. I type on a MacBook in said fancy garden cafés which other Sudanese migrants maintain. It makes me wonder about how much race really defines my position in society.

Being a light skin woman with European features, I pass as Egyptian, as Arab, and so when people comfortably use the N-word around me, they do not intend to insult me, they think it’s cool. It’s American, not offensive.

When my friend, a Somali woman born and raised in Switzerland, moved to Cairo for a semester abroad at the city’s American University, it was impossible to walk around downtown Cairo without being constantly harassed. Her invisible European privileges could not make up for her visibly African hair and skin. With people screaming the N-word as a clear form of humiliation, “Hakuna Matata” and, most ironically, “AFRICA” at her wherever she went, she quickly left nightmarish Cairo for Europe’s more subtle racism.

During 2020’s Black Lives Matter protests, I directed a documentary called schwarz (black). schwarz offers an insight into conversations amongst Black Germans from Nuremberg, Bavaria. 16 young people discuss their preferred self-definitions, Blackness in a white society, and how they were experiencing the Black Lives Matter moment. Returning to Egypt, surprisingly, many people wanted to see the film. I was asked to do a screening by the same people that had never acknowledged the racial discrimination in their own society. They were willing to engage in Germany’s racial issues whilst completely ignoring the problems in their own backyard.

The divides along race are so stark that most Egyptians simply don’t know any Black people, so they have little reason to reflect on Black life. If they did, they’d quickly realise their own role in perpetuating anti-Blackness and, in the case of El Maadi culture especially, would have to rethink their exploitation of cheap Black labour.

When global Black Lives Matter protests shook up the world last year, Black Arabs started calling out the hypocrisy of the many young ‘white’ Arabs supporting the African American struggle online, whilst turning a blind eye to their local counterparts. Anti-Blackness is interwoven with Brown Africa’s world view, with one solidarity protest in Tunisia being the only vocal support from the region.

Black Lives Matter in the Arab world too.

In November 2020, Mohamed Hassan, a 12-year old Sudanese boy, was killed by an Egyptian man. His murder sparked two protests addressing the racial violence and xenophobia against African immigrants, which were violently suppressed by the Egyptian government.

Political Realities in Egypt make it impossible to protest, the ruling elites will not allow it. Nonetheless, there can be avenues for education and exchange. Thinking about Blackness in Brown Africa throws up an array of questions regarding continental belonging, Black Arab identities, North-African histories of slavery, and BIPOC solidarity. Who gets to be, and who has to be, African?

Written By: Amuna Wagner – a German-Sudanese writer living in between Cairo, Nuremberg and London. On her blog Kandaka she explores creative activisms and radical healing through art. Her writing locates personal stories within bigger contexts and revolves around the themes of gender, heritage and decolonisation. Follow her on Instagram

Header Image: courtesy of The Patriot