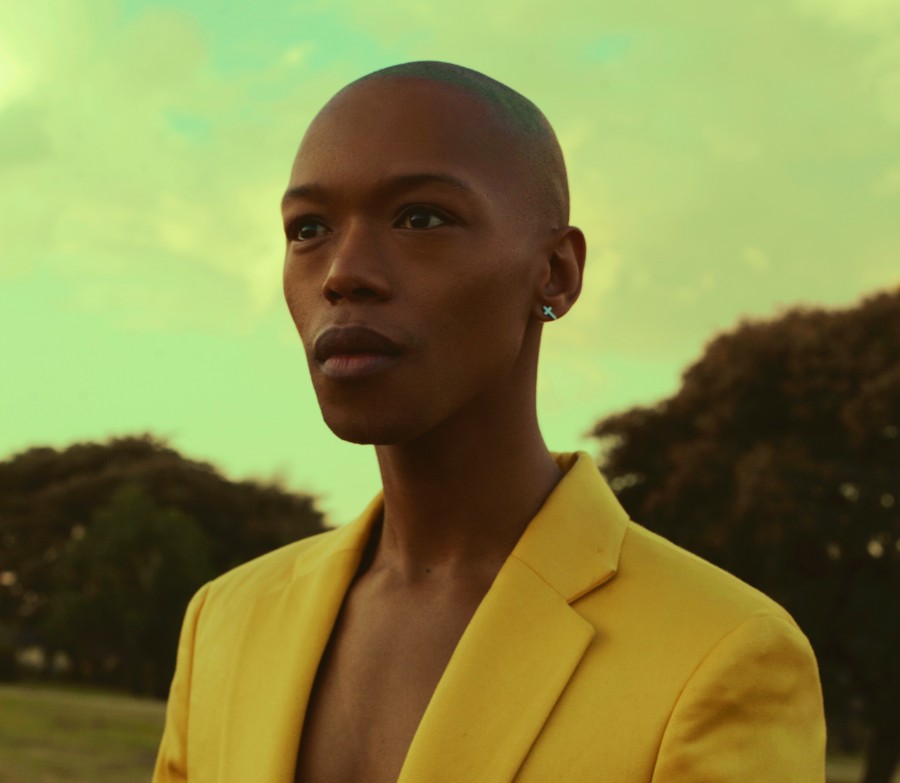 Brave Confusion: the making of Nakhane

Brave Confusion: the making of Nakhane

Nakhane is an undeniably phenomenal talent; an actor, author and musician who has drawn deserved plaudits for pretty much anything they’ve turned their hand to. In the summer of 2019, the biggest buzz was about their music, and it is that for which they joined us in August that year, performing as part of Nile Rodgers’ Meltdown.

Nakhane’s 2019 album, You Will Not Die, a diversion into a new electronic sound, was viewed by the singer as something of a rebirth, and its reviews certainly back up that sense of a bright new coming. It has been described as ‘remarkable’ (Q Magazine), ‘an instant revelation’ and ‘strikingly intimate’ (Pitchfork), and ‘a blissful, remarkably assured piece of creativity’ (Clash Music). High and deserving praise for a release which was crowned Best Alternative Album at the 2019 South African Music Awards.

Though they now call London home, Nakhane was born in Alice, a small town in South Africa’s Eastern Cape. At seven-years-old they were adopted by their aunt – a woman they consider as their mother – and moved to Port Elizabeth where they lived until moving to Johannesburg at 15. Here, growing up in a conservative family in the Jo’burg Bible Belt, Nakhane had known they were gay for some time before coming out to their friends and cousins at the age of 17, and being outed to the rest of their family at 19.

“Putting it lightly, some people didn’t react positively. I was taken to prophets and there was this whole idea that I could pray the gay away. And I really thought I would.” – Interview with Aim Kheraj for GQ

In the years that followed Nakhane would find it increasingly difficult to define their sexuality; torn between the queerness with which they had long identified – and finally felt able to grip after reading the works of James Baldwin – and the conservatism of the church through which they had been raised. They eventually felt the pressure to bow to the latter, joining a strongly conservative Baptist Church they backed into the closet, but the internal wrestling over their sexual identity continued.

At the age of 25 Nakhane released their debut album, the acoustic guitar backed Brave Confusion, an apt title for an album which explored race, religion and sexuality through its lyrics. On release of their album one of South Africa’s biggest television channels made a documentary about them, which resulted in the church to which Nakhane belonged telling them they needed to repent or be excommunicated. With no interest in repenting for their music or theirself, Nakhane stepped away from the church and re-embraced their sexuality, taking the opportunity to assert their self in their own distinct light.

“I don’t want to be anyone’s joke, canned laughter, their comic relief. As a sexual being, which I am, and a queer person, which I am, I am not going to convince people to like me by neutering myself.” – Interview with Mark Holgate for VOGUE

Since the release of Brave Confusion, Nakhane’s career has gone from strength to strength, and not just musically. In 2015 they published their debut novel Piggy Boy’s Blues, a portrayal of a Xhosa royal family, which was duly nominated for the Barry Ronge Fiction Prize and the Etisalat Prize for Fiction. They have also stepped emphatically into acting, playing the lead role of factory worker Xolani in John Treengrove’s powerful Inxeba (2017), which follows Xolani and the men of their community as they head into the rural mountains to initiate a group of teenage boys into manhood. Nakhane’s portrayal saw them win multiple Best Actor awards, including those given by the Durban International Film Festival, and Palm Springs International Film Festival.

In early 2019 Queerty, marking the 50th anniversary of the Stonewall Riots, named Nakhane as one of their Pride50; ‘trailblazing individuals who actively ensure society remains moving towards equality, acceptance and dignity for all queer people’. It’s an accolade which serves as yet another mark of the self-assuredness with which Nakhane now lives their life and follows their creative path. And the results of this continued journey of self definition – be they on microphone, or on camera – are thankfully out there for all of us to enjoy.

“When I walk down the street I don’t want to be fucking afraid. If conservative societies are going to police every single part of my life, from me walking down the street, me writing an album, and me being in a film, then where am I allowed to be free? That’s why I’m making this work.” – Interview with Aim Kheraj for GQ

We sit down with KOL Social Founder, Marcia Degia, who explains her inspiration behind her culture and lifestyle magazine

“If my mother contracted and died of the virus, I would not be able to forgive both myself and her for not working through our relationship”