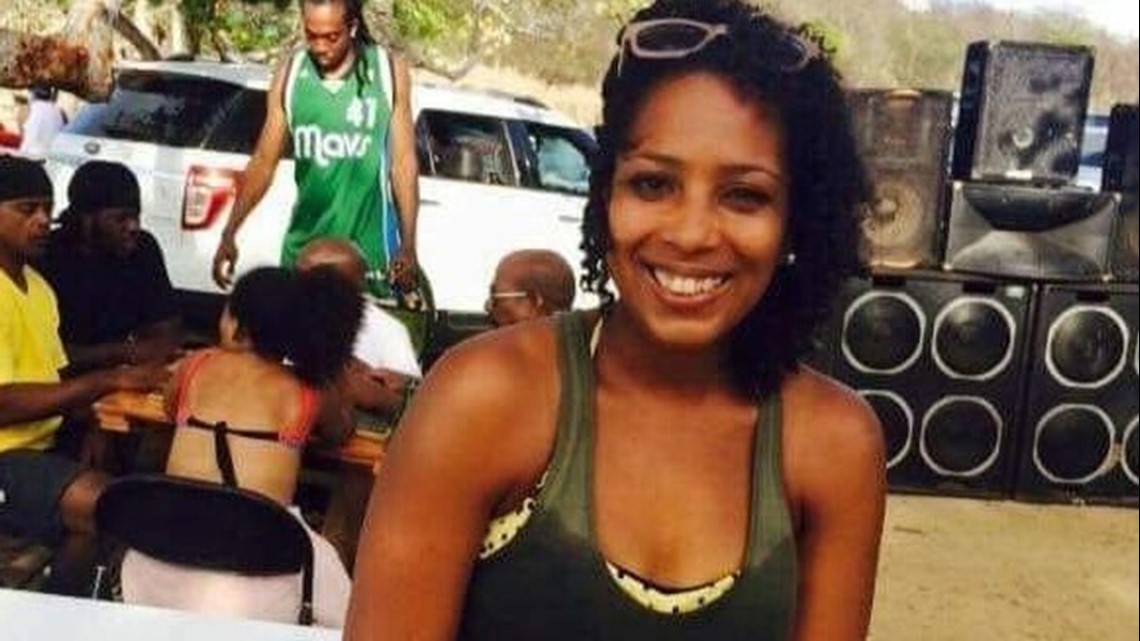 The Georgia Bureau of Investigation (GBI) plans to reopen the investigation into the death of a Forsyth County mother of 5.

Horsford was found dead after an “adult slumber party” at a North Forsyth County home, and investigators concluded she accidentally fell off a deck or balcony to her death. But her friends and family have always disputed the results.

The mother of five had dozens of injuries, but other people at the party said she died accidentally after falling off of a balcony while intoxicated.

“It’s impossible to get the injuries that she had from one fall,” Horsford’s friend, Michelle Graves, said.

The only reason the public found out about the case is because the local courthouse fired employee Jose Barrera for trying to access files about Horsford’s death. Barrera was at the party where Horsford died and is the boyfriend of the woman who owns the house where the party was hosted, according to local news outlet WSB-TV.

Graves was not satisfied with the explanation she was given about her friend’s death, so she began asking more questions. The other people at the party filed a lawsuit against Graves for talking about the situation, and Barrera used his courthouse position to get her address, phone number and contact information for her family.

Despite the questionable nature of Horsford’s death, it was ruled an accident, and the case was closed.

But recently, attorney Ralph Fernandez sent a letter to the 40-year-old’s husband, Leander Horsford, telling him that there were a number of problems with how the case was handled. In a letter obtained by Forsyth County News, Fernandez said there were numerous things that were strange in how police dealt with Horsford’s case.

Autopsy photos were missing, the crime scene had been tampered with, evidence was clearly mishandled and many of the witness statements conflicted, according to Fernandez, who wrote, “The truth never had a chance here.”

Horsford was one of 12 people at the overnight party, and guests told police they were all drinking heavily. Horsford went outside to smoke around 2 a.m. and was found dead the next morning, according to the official police account.

Over the weekend, family attorney Ralph Fernandez sent the Horsford family a letter in which he concluded there was a “strong possibility” Horsford’s death was the result of homicide.

Since then, a petition to reopen the investigation has amassed more than 500,000 signatures.

“Witness statements are in conflict. A potential subject handled the body as well as the evidence prior to law enforcement arriving. Evidence was disposed of and no inquiry followed. The scene was not preserved,” Fernandez wrote in the letter. “A remarkable fact is that there were no photographs taken during the autopsy of Tamla’s body. This had to have been done at someone’s directive because such a practice is unheard of.”

On Friday, Petchenik obtained a letter Freeman wrote to GBI Director Vic Reynolds. The letter states, “renewed requests for reexamination are best served by an independent law enforcement agency to review previous findings and to search and act on any new evidence which may come to light.”

Freeman told Reynolds the sheriff’s office would assist in any way possible, and GBI agents will have “complete access” to the case file, office and deputies as well as Freeman’s “full cooperation.”

The GBI said they will open an investigation based on Freeman’s request.

The outrage over George Floyd’s killing at the hands of police has prompted thousands of people to sign petitions and support calls for other investigations to be reopened.

With a renewed social focus on Black lives that have been lost unjustly, families across the world are hoping the new movement will reinvigorate cases that have gone cold as well as those that some suspect were prematurely closed.

As calls for Breonna Taylor’s killers to face punishment grow by the day, other cases are reemerging into the public eye.

Here are some of the cases people are asking for police to reevaluate.

On Tuesday, Greater Manchester Mayor Andy Burnham told the BBC that he will consider having police reopen the case of 12-year-old Shukri Yahye-Abdi, who drowned in the River Irwell in Bury last June.

The case gained notoriety at the time because the police investigation found that Yahye-Abdi was with two other girls at the river before she died. According to the BBC, one of the girls admitted to police that she threatened to kill Yahye-Abdi but later said it was a joke, a fact the police used to shut the case and leave both girls unnamed.

“If you don’t get in the water I’m going to kill you,” one of the girls told her foster parent about the incident, according to reports leaked to the BBC.

Yahye-Abdi’s mother, Zam Zam Ture, has long said her daughter was terrified of the water and would never try to get in unless she was pushed or forced. She also told the court that Yahye-Abdi and one of the girls previously had some kind of dispute.

The case has caused renewed outrage because of the facts that have been released. Burnham said he has already received more than 6,000 emails about Yahye-Abdi.

During an appearance on British TV show the Big Debate, Burnham said, “Clearly it’s unresolved [be]cause of the nature of the level of concern. So what I can say … I will look into the case again and I will consider the call for a further investigation into it.”

In spite of concerns about how the two girls were involved, the Greater Manchester Police repeatedly referred to Yahye-Abdi’s death as an accident, leading the Independent Office for Police Conduct to start an investigation into the police officers’ actions in the case.

As Blavity previously reported, Kendrick Johnson was found dead and rolled up in a wrestling mat in 2013. Police said his death was an accident, but his family has repeatedly said he was killed.

More than 1.2 million people have signed a petition calling for the investigation into his death to be reopened.

Kendrick Johnson was brutally beaten and murdered in his highschool gym in 2013. They want you to believe he “tripped putting on his shoes and rolled into the mat and suffocated.” One of the suspects father is a former FBI agent. His organs were removed from his body before ever.

But police with the Lowndes County Sheriff’s Office said Johnson somehow got stuck in the mat while looking for his shoes and died.

The family had their own autopsy done and shared it with CNN. The outlet reported that Dr. William Anderson found blunt force trauma to Johnson’s neck.

“This is unexplained — most very, very likely inflicted, as opposed to something he caused himself, inflicted by another — and therefore needs to be investigated as an open homicide investigation. I’ve never had a case that I can recall where the prosecution actually was told that this may well be a homicide — the prosecution being the state, the police and so forth — and then they didn’t bother prosecuting. It’s mystifying,” Anderson said.

Officers pulled Ambler over because he allegedly did not dim his headlights. But what has caused outrage is that the officers who killed Ambler were filming an episode of A&E’s Live PD during the situation and the fact that the circumstances could’ve affected how they handled the situation.

“It is of very serious concern to any of us who are in law enforcement that the decision to engage in that chase was driven by more of a need to provide entertainment than to keep Williamson County citizens safe,” Travis County District Attorney Margaret Moore said.

Local news outlet KVUE noted that the Williamson County Sheriff’s Office has tried to stop news outlets from getting any information about Ambler’s case, and it is only because of documents obtained by the KVUE Defenders and the Austin American-Statesman that we know what happened.

Moore told KVUE that both Live PD and the Williamson County Sheriff’s Office have refused to share information with her office about what actually happened, and the only information the department has released is that officials deemed Ambler’s death a “justifiable homicide.”

In May, the attorney general of Texas had to force the sheriff’s office to release any kind of record of Ambler’s death, which it reluctantly did.

Moore said on June 3 she plans to take the case to a grand jury to force the Williamson County Sheriff’s Office to give her office more information about what happened.

Darrien Hunt was killed by police in 2014 while cosplaying with friends in Saratoga Springs, Utah.Police say they shot Hunt after seeing him with a sword in his hands, which turned out to be a $30 imitation piece. Nearly 100,000 people have signed a petition asking for Hunt’s case to be reopened.

“He was chased then shot from behind 6 times by officers Cpl. Matthew Schauerhamer and officer Nicholas Judson outside of a Panda Express parking lot in Saratoga Springs, Utah. State autopsy results reveal Hunt was not attacking. The evidence was caught on the restaurant’s cameras,” the petition said.

It adds that Hunt’s mother, Susan, was offered a $900,000 settlement to stop speaking about the case, which she turned down.

According to the Utah County Attorney’s Office, police were justified in killing Hunt because they “felt their lives were threatened,” the petition adds.