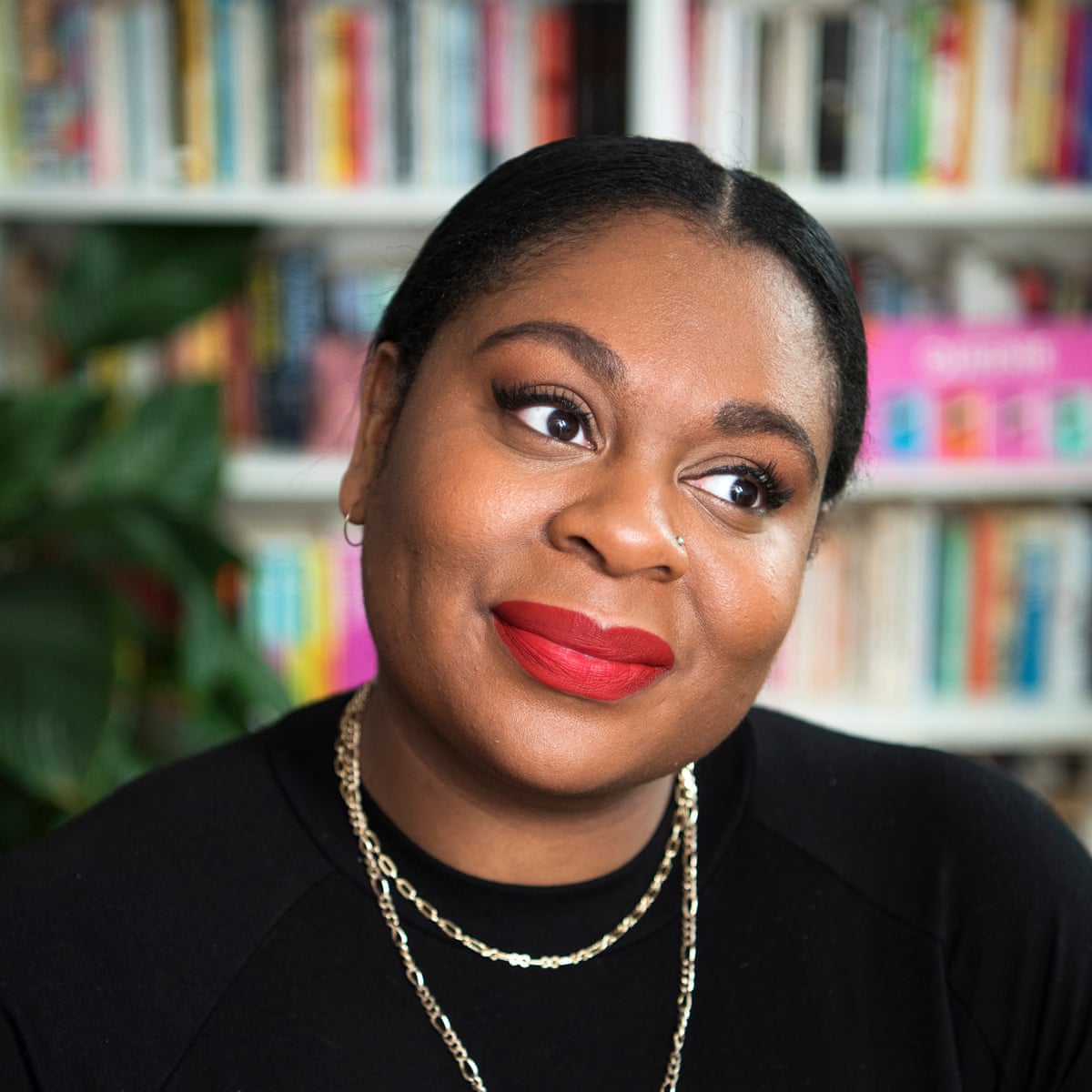 In April 2019 Candice Carty-Williams became the first Black author to win book of the year at the British Book Awards with her debut novel, Queenie.

Queenie, if you’ve not been lucky enough to read it yet, details its 25-year-old eponymous character’s struggle to find herself and her place in the ever-changing world around her. From the moment it was published, the novel has been rightly championed for delivering a compelling and relatable central character young black women can identify with.

In April last year, just as what was already one of the most anticipated debut novels of 2019 was released, we were lucky enough to welcome Carty-Williams here at the Southbank Centre as she joined June Sarpong in conversation. And ahead of that appearance, we took a moment to find out just who is this prodigal 31-year-old author?

She grew up in South London

A lot of South London. Born in 1989 Carty-Williams’ childhood saw her, at various times, residing in Croydon, Clapham, Streatham, Ladywell and Lewisham. It was whilst living in the latter of these locations, as a teenager, that the young Carty-Williams really first immersed herself in novels and reading. Excluded from school for a week, her stepfather sent her daily to Lewisham Library.

She came to writing late

A self-confessed ‘loud’ student at her secondary school, the young Carty-Williams often found herself placed in lower academic sets, something which led to her question her own aptitude and abilities. As she explained in an interview with Lewisham Ledger “growing up I never felt I could write… writing wasn’t something I thought I could do”. It was through an internship with The Guardian that she first made a name for herself as a writer, and has since become a regular contributor to publications including i-D and Black Ballad.

She created and launched the first BAME Short Story Prize

Working as a marketing assistant with the publishing house 4th Estate, Carty-Williams became aware of the underrepresentation of BAME authors and writers in publishing. Realising that few new or upcoming writers would have access to agents or the industry she pitched the idea of a BAME Short Story Prize to her employers – with the aim of offering writers a step towards publishing or literary agent representation. With a budget of £48 – the cost of setting up a website to field submissions – The Guardian and 4th Estate BAME Shorty Story Prize was born.

“When you’ve grown up not really seeing yourself represented, you don’t view yourself as important” – Candice Carty-Williams in an interview with Luke Williams for Lewisham Ledger

A fervent reader, Carty-Williams found herself struggling to relate with the key characters of the fiction she read. Unable to find one to which she really connected, she chose to write her own. The result is Queenie and a novel with a compelling yet flawed protagonist who has to navigate the challenges of being a young black woman in today’s world, the plot drawing on Carty-Williams’ own experience and the experiences of Black women around her; the family, the workplace politics, the relationships and struggles with mental health.

“I thought, I’m going to write something about a young woman who people can see themselves in, and she is going to be Black because I’m Black, and I like to write about what I know” -Candice Carty-Williams in an interview with Luke Williams

London is a big influence on her work

Set in Brixton, Queenie also gives focus to a number of the challenges faced by twenty-somethings trying to make their way in the city. From the extortionate and undoubtedly broken world of private renting, to gentrification, casual and not-so-casual racism, and the complexities of multiculturalism, Queenie’s is a very relatable London that rarely finds literary pages.

Having submitted a first draft of Queenie to literary agent Jo Unwin, Carty-Williams soon found her text the subject of a four-way bidding war between publishers. The author eventually chose to sign with Orion, who reportedly acquired the novel for a six figure sum.

…and earned much praise before it even hit the shelves

The clamour from publishers brought a lot of hype and attention to Carty-Williams’ debut novel, but mercifully Queenie delivered as hoped. Championed in some quarters as a ‘Black Bridget Jones’, Antony Cummins reviewing for The Observer feels that underplays the author’s work; “This story about finding yourself, not Mr Right, isn’t a ‘Black Bridget Jones’ so much as a 21st-century one”. The Times’ Kate Saunders has also heaped praise on Queenie, describing it as a “funny, clever, heartbreaking lightning bolt of a first novel, by a writer bristling with talent”.

“Queenie is a highly entertaining, often very moving story about one young woman’s life as affected – in fact, almost destroyed – by her love life, with the politics of blackness permeating the pages. It is rare” – Diana Evans, The Guardian

And once Queenie was published, there was no going back

On it’s release Carty-Williams’ book entered the Sunday Times Bestseller hardback chart at number two, and by the end of 2019 it had won Blackwell’s Debut Book of the Year award. Queenie was also shortlisted for Book of the Year by Waterstones, Foyles and Goodreads as well as being runner-up for the Costa First Novel Award. As well as winning the Book Awards’ Book of the Year Award in 2020, it has also been annoucned that Carty-Williams is adapting the novel fro Channel 4. But the greatest joy from all this success for the author, is seeing – as she makes clear on Instagram – that she still can’t take anything seriously.