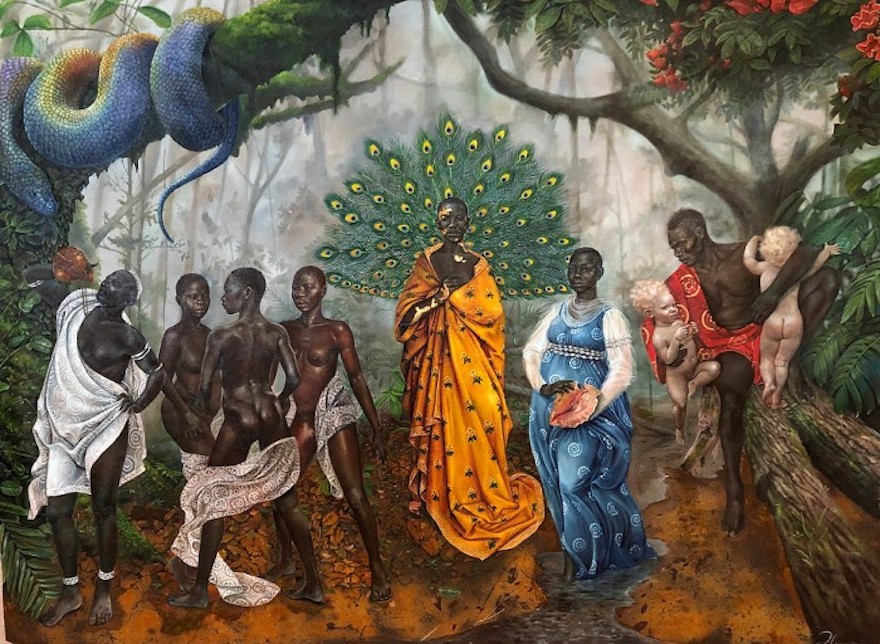 God Is Not a White Man: Chine McDonald on the Construction of White Supremacy in the Church

God Is Not a White Man: Chine McDonald on the Construction of White Supremacy in the Church

God Is Not a White Man And Other Revelations is a book written by Chine McDonald, a British-Nigerian Christian woman, newspaper journalist and head of public engagement at Christian Aid. She is also a regular contributor to BBC Religion & Ethics programmes. In her sophomore book, Chine examines the construction of white supremacy in the Church. She also suggests solutions to deconstruct this.

Chine clarifies that the book’s title directly refers to the contemporary inaccuracies that depict God as a white man. She also refers to how the practice of Christianity in the west, demonstrates the more nuanced behaviours and representations within the church and amongst its leaders that white is superior.

She touches on her own experience of visiting a church when she first arrived in the UK from Nigeria with her parents. They visited a ‘white majority church’, and was greeted with confusion by a member, who wondered why they decided against attending a ‘Black majority church’ further down the road. Such incidents, exemplifies the lack of diversity within Judeo-Christian churches and the absence of inclusion, contrary to Christian doctrine, which propagates and proclaims that ‘all are welcome’. Racial segregation is still very prominent in the church today.

As a Black Christian Woman there were points raised in ‘God Is Not a White Man’ that I hadn’t considered before. For example, Chine mentions the film ‘The Shack’, where God is represented as a Black Curvy Woman. This depiction of God is not one I had ever envisioned before, yet the depiction of it does create a different image in the way I see God. Visibly, it is easier to relate to this image of #GodIsABlackWoman and see myself as made in God’s image.

Chine also suggests that the indoctrinated depiction of ‘white Jesus’, helps white people see themselves as naturally superior – hence, blessed to occupy a higher social position within the racial hierarchy, ordered and ordained by God himself. Chine touches upon this by sharing examples of when Black priests have been denied leadership roles in certain churches because of the fear that they are too Black, essentially, to minister to a predominantly white congregation.

McDonald tackles the issue of how white supremacy in UK churches has and is leading many Black people to flee the church. Many abscond, adopting the view that Christianity is a white man’s religion. Chine shares her personal experiences of visiting Nigerian churches, with her white husband. The mere presence of her husband was championed, simply because he was an ”oyibo”. This again indicates the legacy of white supremacy and the distortion that the white man is better, even in marriage.

Chine interrogates how white supremacy creeps into the homes and churches of African countries too, through hanging portraits of white Jesus for example. Chine educates the reader on the historical origins of Christianity, detailing how Christianity first arrived in North Africa, in the 1st or early 2nd century AD, stating that Ethiopia is home to some of the oldest churches on earth, refuting the belief that Christianity was founded by white people. McDonald also urges readers to work towards a more inclusive church. One that more accurately depicts Jesus’ phenotype, which historically is of a middle eastern appearance, based on his birth place.

My favourite chapter in the book is ‘‘The Sisterhood is Black and White: Beyonce, Bodies and Betrayal”, which delves into the Black Woman’s experience and highlights the contrasts between Black Women, the western depiction of God as a white man, and the complexities this brings. Chine uses Serena Williams, Beyonce, and South African Sarah Baartman as examples of how the media objectifies Black Women’s bodies. She identifies the hypocrisy of how Black Women’s bodies are simultaneously coveted and condemned, and viewed as being the least important in society.

Review: God Is Not a White Man

Being of Igbo origin herself, Chine is honest and open throughout her book. She examines how Christianity has harmed Black people and haltered our cultural advancement. For example, she shares her battle between understanding whether marrying a white man was a hidden motivation to assimilate more into white culture. Or was it a way to rejoice in the blending of her culture and her husbands? She wonders whether that decision was affected by living in a world which champions white as king.

Her transparency throughout the book makes her more relatable. Her openness lets readers know that she is on journey of self-discovery with you.

Overall, I thought this book was very educational for both Christians, ex-Christians and those interested in understanding more about Christianity. It aggressively, and necessarily challenges several traditional views and depictions of Christianity in the western world; whilst urging Christians to take action to dismantle white supremacy in the church. I would rate this book 8.5/10.