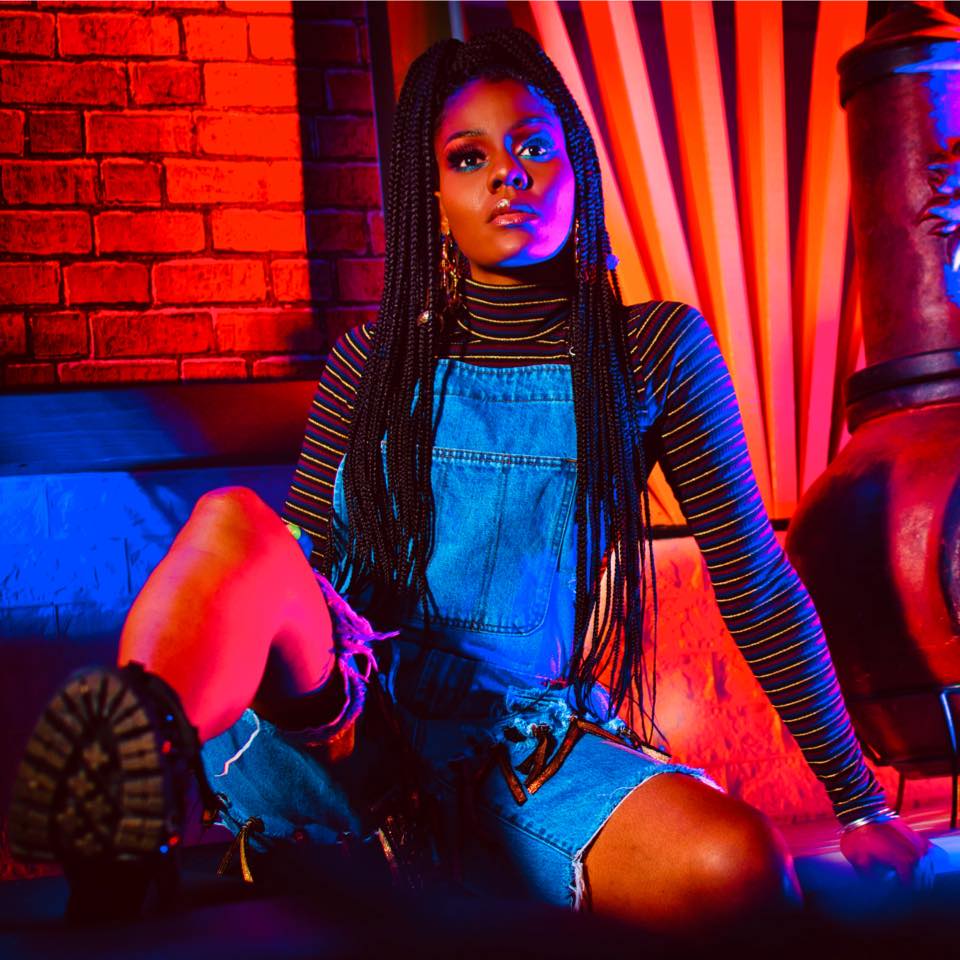 Hailing from the Caribbean Island of Dominica, Navy has been making waves with the release of her debut EP “Bleu Vol 1”. In this interview she reveals her inspirations and the importance of being authentic.

Thank you so much for your time. Congratulations on the release and success of your debut EP “Bleu Vol. 1”.  What can listeners look forward to in this body of work?

Many thanks. Bleu vol One: De L’eau is my first ever released EP. I’m very into the zodiac signs and stuff like that, and we went with full emotions for the creation of the songs on this project. Thus, we chose water. Water signs are the emotional bunch of the zodiac. Listeners can look forward to stories, interpretations, arguments, laments and even a little bit of flirting on the project.

Your new EP has garnered international acclaim and media attention from Complex, RollingStone France and Notion to name a few. What are the reasons that you think “Bleu Vol. 1” has amassed such popularity and favour?

I think that good music is going to find its way to the right ears. My team has been and continues to work to ensure that I get exposure for my music, but we can never predict who is going to like it and why. What I can say is that authenticity plays a big role in my label: Pretty Boy Worldwide, and so in today’s world where there is so much content on social media, and incredibly easy access, I believe that it played a part in connecting with large numbers of people. 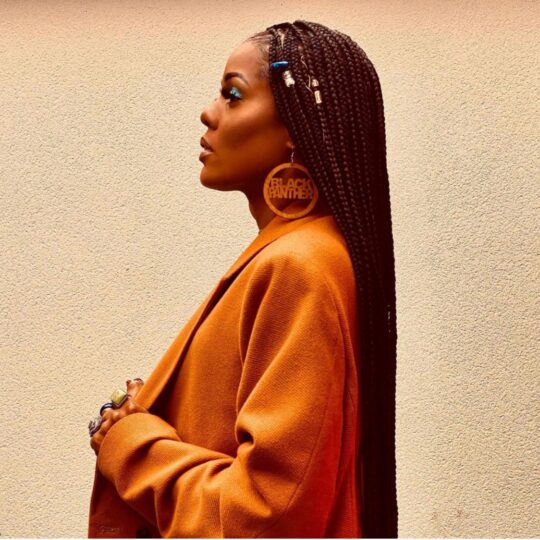 Your songs present a style and sound that is unique to Navy. You have been described as the “High Priestess of Caribbean Hip-Hop Soul”. You also manifest a conscious and afro-centric island twist in your videos with both your wardrobe and visual aesthetics. Who or what inspires you as an artist and individual?

I have so many inspirations, it’s always difficult and impossible to choose just one. Firstly, I’m Black and Caribbean, so automatically I’m a reflection of my ancestors and my island’s history. Every year we celebrate culture and heritage through food, language (creole), dance, music, storytelling etc. This plays a huge part in my individuality. As an artist, I have such a wide range of music that interests me, from rock all the way to classical. I take my inspiration from experiences, conversations, emotions and interpretations, be they mine or others’.

You have described your newest single, “Diamonds” as a hip-hop hymn that, although it is a lament, is also a symbol of will and strength to survive. It highlights the historical abuse of Black people and pleads for spiritual guidance from the ancestors.  What was your inspiration for this amazing and timely body of work?

I wrote Diamonds when I was confined to four walls in London 2020. The George Floyd incident had just recently shocked the world, and I was mad and sad. Social media became even more bombarded with content and sometimes I found myself down a rabbit hole, looking at things that really served me no purpose. I saw how divided the world was, and how insensitive some people were, simply because certain matters didn’t apply to them. After a first listen, A&R said  “This is deep and spiritual; how can we make it better? What would make it even more representative of you, authentically?”  I had initially said “chanting”, and that chanting became “chanting in creole”.

The chorus of “Diamonds” is in the language Creole. Some of the other songs on your EP also feature Creole lyrics. Is it safe to say that this language plays a strong role in  your cultural heritage and as a singer/songwriter? What other cultures have sculpted or influenced Navy as an artist?

I speak Creole every day. With my parents. Friends who understand it. Counterparts in the French Antilles etc. It’s definitely a part of who I am and I am mighty proud of it. There is a saying on island that some things are “Sweeter in Creole” and there are even some phrases I barely know the English for, because it has always been expressed in Creole. It was simply inevitable that it trickled into my Navy career, be it a song title, chorus or verse. I travel a lot as well, and so there are many other cultures that I’ve witnessed and become immersed in, and my music tastes like soul, RnB, Dancehall, Reggae, contemporary rock etc, carry their own cultures as well. So there are quite a few that I can say may have imprinted my music productions. 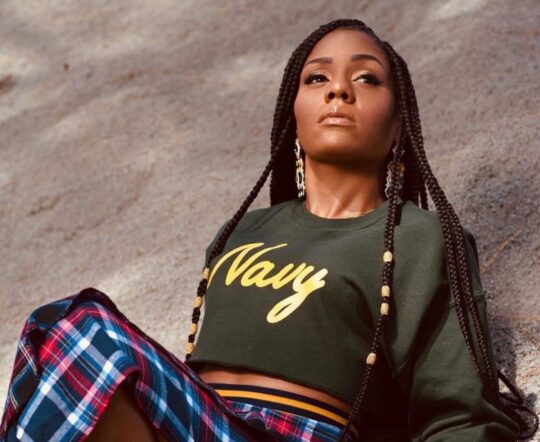 The record label which you are signed to, Pretty Boy Records, is the Caribbean’s first pop record label and aims to raise awareness of music and talent in the West Indies. What types of challenges have you faced as a young Caribbean artist on the international platform?

Pretty Boy Worldwide is the first of its kind yes. The CEO Trevor Pretty however, is no stranger to the music industry. Honestly. I can’t even name the challenges faced. I feel like I was spared or rather protected from a lot, and given the time and space that I needed to create what my listeners are now hearing. Talks with A&R determined what type of person I was, my comfort zone and personal style, and they went with that. Like we say “Authenticity” is key, and who or what we present in music should be seen in personality, speech and deed as well. They took the time to understand me as a person, a writer, a singer, a performer, and used the fact that coloured people were ever increasingly taking their places at the forefront of several industries to boost my career.

What advice would you give to an aspiring singer/songwriter from the Caribbean in achieving their goal or finding success in the music industry?

In your music video for “Scorpio’s Letter”, a piece of art is highlighted with the phrase ““I am a Black Woman; strong beyond all definition, still defying place, time and circumstance.” How would you say that this relates to your personal story?

“I am Black Woman. Strong beyond all definition, still defying place, time and circumstance.” This is the story of the slaves. The story of my great-grands and grands. My mother. Me. My future daughter, grand-daughters. As Black people, we almost automatically have to fight, and it’s added pressure when we are Women. I’m just thankful that today, I don’t have to fight alone.

The video “One Shot (Queen of Wands Part 2)” presents engaging visuals alongside a soothing and almost hypnotizing vocal accompaniment. The chorus of this song echoes a yearning to be free. Towards the end of the video, Malcolm X is quoted: “You can’t separate peace from freedom because no one can be at peace unless he has his freedom.” Give us some insight into the creative process behind this musical masterpiece.

One Shot is actually my war song. It’s reminiscent of my previous label agreement, gone terribly wrong. I want to add through no fault of the label because the attention and success I had experienced was new to us all,  but when discrepancies in management and other areas were noted and pointed out, true and ugly colours started to shine through. I was severely disappointed. Like I said earlier, the lockdown gave me ample time to recall and weave my experiences into compositions. Trevor is very big on visuals, and so the video was directed by him. 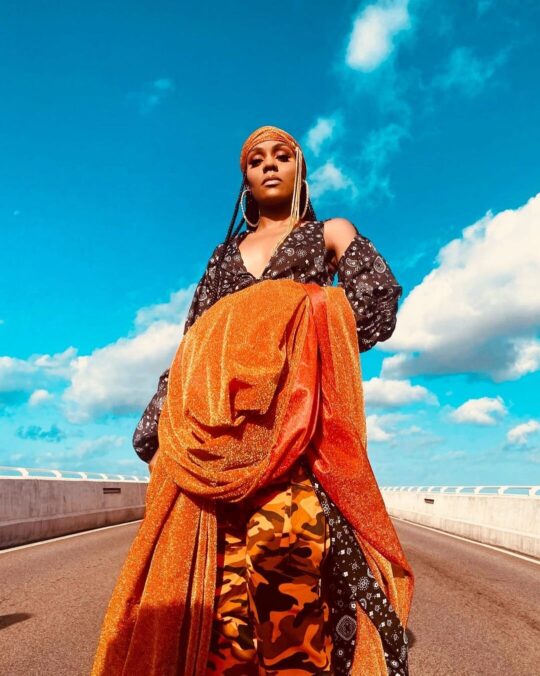 What can we expect from Navy and Taste of Pluto in the near future?

How can fans show support and stay connected with you and your upcoming projects?

@navypbw is my social media handle for all of my accounts. Easy follow for everything that’s coming.

Interview conducted by: Jashuan Williams – a teacher from Dominica. She loves writing and draws inspiration from the tropics. Her aspiration is to write stories that captivate readers from the first sentence. Check out her Facebook page here