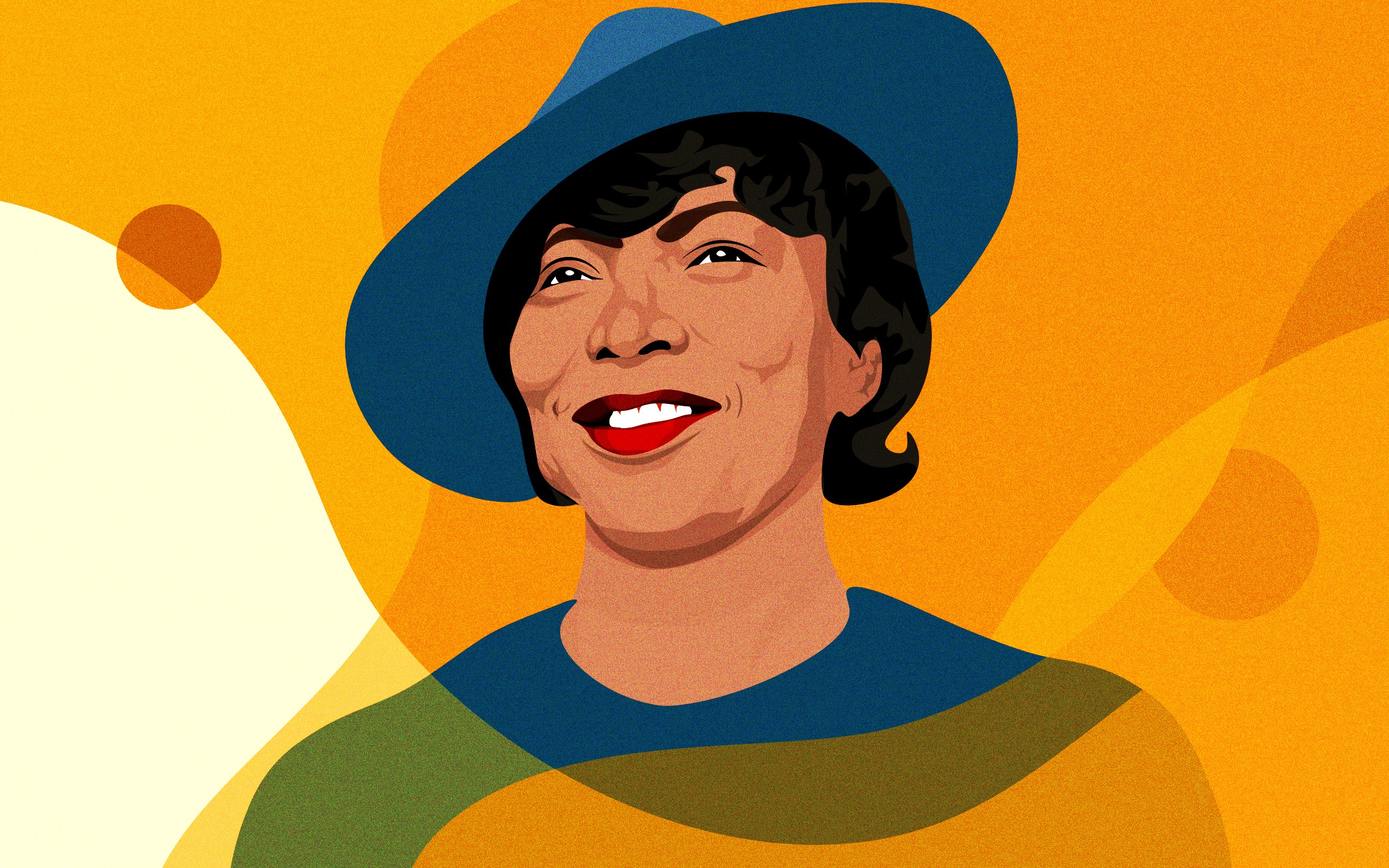 For the longest time, I thought Zora Neale Hurston, the anthropological prodigy and celebrated Harlem Renaissance writer, was indisputably queer. In Google searches, her name would appear alongside other renowned gay or bisexual writers like James Baldwin, Alaine Locke, and Lorraine Hansberry. However, the deeper I dug, the quicker I realised that generations of scholars, and members of her own cohort, simply presumed her sexual identity. They say that Hurston and Langston Hughes had a falling out because they were quarrelling over the affection of typist Louise Thompson. People wondered whether Hurston’s friendship with blues singer Ethel Waters blossomed into something more. Surprisingly, Hurston’s same-sex love affairs were no more than speculation and rumour.

“nobody was in the closet. There wasn’t any closet”

As it stands, there hasn’t been any concrete, archival evidence that Hurston sustained a romantic relationship with another Woman. An incredibly private person, she didn’t share her intimate affairs with folk. Her most visible partnership was with her husband, jazz musician Herbert Sheen, with whom she maintained what we would call today an open relationship. Even her journal entries, written in the absolute privacy of her own company, lacked significant detail about some of the more impactful periods in her lifetime. There were also long stretches of time during which she simply did not exist, at least not in any official capacity like public records. For this reason, much of her life remains a mystery. So, given the blatant lack of information about her life on this earth, how did we come to understand Zora Neale Hurston as queer?

Well, folks couldn’t imagine her as anything but. In the ironically titled biography Wrapped in Rainbows: The Life of Zora Neale Hurston, author Valerie Boyd describes the company she kept and the clubs she most likely frequented as the heart of Harlem’s ultra-sexy scene. 1920s Harlem was as much about cultural, artistic expression as it was sexual freedom and experimentation. Following your desires was the norm, so much so that “nobody was in the closet. There wasn’t any closet”. Most of Hurston’s friends were homosexual men. Boyd, in particular, believes that Hurston, considering her proximity to the lifestyle, would’ve enjoyed a few of A’Lelia Walker’s “sumptuous parties”, which were both intellectual salons and orgy hotspots.

Due to Hurston’s penchant for privacy, no one could speak to her romantic interests. They could, however, describe Hurston herself.

On Hurston, her roommate Nugent said: “I knew that Zora was very capable of doing whatever she wanted to do with her life and her body”.

Poet Arna Bontemps remarked: “she did not seem like the type to abstain from any worldly pleasure”.

Zora Neale Hurston was an open-minded individual. Not bound by taboo, and quite defiant, she could do what or whom she pleased.

More important than how the public may have viewed Hurston is how she viewed herself. As is often the case with potentially queer Women writers from this period, insights into their inner world can be gleaned through their creative writing, especially since primary source material, such as a journal entry or letter, is scarce. Therefore, these creative works become important vessels for us to render multi-dimensional understandings of our idols.

There are literary analysis practices that discourage paralleling the speaker in a story or stanza to the writer who composed it. However, as a writer myself, I argue for at least the subliminal presence of a writer’s identity woven into each story they tell. For instance, I believe that Zora Neale Hurston is the true protagonist of her first published short story, “John Redding Goes to Sea” (1921).

“Hurston’s queerness was an extension of her bold claim to live freely, both sexually and intellectually”

In the tale, Hurston places an imaginative child, named John Redding, in the abundant and majestic plains of Florida, where his desire for adventure and travel swiftly outgrows his confines. His mother, Matty, believes that a witch cursed him with wanderlust. Consequently, she is against it. In direct opposition to Matty is the father, Alfred, who is supportive of his son’s wishes. As John matures, he longs to see the world. However, his mother refuses to give her blessing, so he forces himself to stay home. He eventually marries, but despite expectations for him to settle down after marriage, he instead enrols in the Navy. This causes a rift between the family members. John, eager to be of use, or perhaps to escape the family tensions, joins an effort to reinforce a bridge over the St. John River just before a storm hits. Trees dislodged by the severe weather travel down the river and strike the working men, killing John Redding.

When I deem Hurston the “true protagonist”, I refer not to the events of the plot but to the spirit of John Redding. Hurston begins the story by identifying John as “a queer child”. By definition, queer could mean strange or peculiar, though folks in the United States were starting to use “queer” to mean gay by the early 20th century. Hurston didn’t rely on either definition. Instead, she used her short story to equate “queer” with a particular outlook on life. By way of John’s wistful imagination and attraction to the boundless distances of “the wide world”, Hurston captured, in essence, her own relentless pursuit of the unknown. John and Hurston are aligned in their capacity to dream beyond the bounds of current circumstance – to desire more than the platitudes of one’s immediate community. And through their non-conformity to the present moment, they both created a liminal space of freedom which simultaneously frightened and inspired the people that surrounded them.

Sadly, we may never know for certain which lucky lady Hurston fell for (and that’s probably how she wanted it). However, this ambiguity sheds light on an undeniable truth about queer identity: it’s not only a matter of attraction but also a philosophy of life.

As beloved feminist and social activist Bell Hooks famously proclaimed: “…queer not as being about who you’re having sex with (that can be a dimension of it); but queer as being about the self that is at odds with everything around it and has to invent and create and find a place to speak and to thrive and to live”.

Seen through the eyes of her companions and the words on her page, Hurston’s queerness was an extension of her bold claim to live freely, both sexually and intellectually, in an American society which deemed her Black Womanhood as lesser than. And today, the LGBTQIA+ community – my siblings – still uphold her legacy as space-makers and radical dreamers. Together, we meet Hurston on the horizon’s edge.