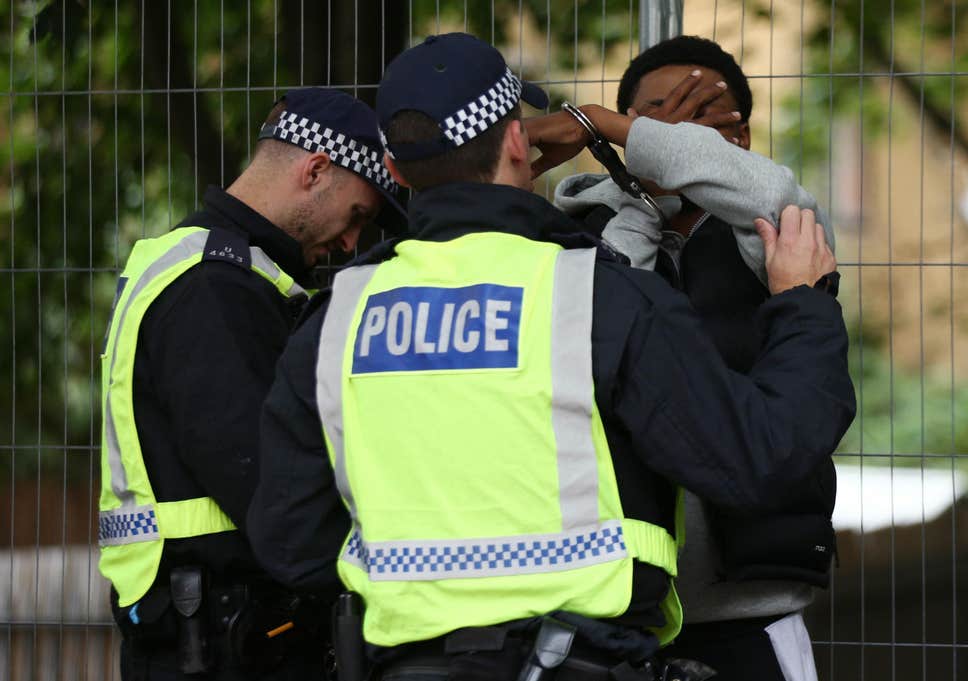 Hundreds of young people have been removed from a controversial police list of alleged gang members after claims that it is discriminatory and blighted their life chances, the Guardian has learned.

The Metropolitan police’s gangs matrix, which the force says is a vital tool in tackling violence in London, has been found to be breaking data laws.

More than 370 people have been removed from the matrix, and the way the list is put together will be reviewed to make sure the right suspects are on it.

The aim of the matrix is to list the most violent offenders so police can target them. But the data and analytics used has caused problems.

Community pressure led to scrutiny of the matrix, which had been operated in secret since 2011, unearthing a host of problems. These included concerns that it featured some young men who were not involved in gang violence.

A 2018 report for the mayor of London found the list overly targeted young black men. “The representation of young black males on the matrix is disproportionate to their likelihood of criminality,” it said.

Furthermore Amnesty International claimed it was the centrepiece of a “racialised war on gangs”.

Lawyers for some of those who feel they were wrongly caught up in the matrix have been considering suing.

In 2018, the Information Commissioner’s Office found the gangs matrix was potentially breaking data protection laws and failed to distinguish between victims of crime and offenders. In an embarrassing move for the Met, the ICO issued Britain’s biggest force with formal enforcement notices to improve.

The same year the Guardian revealed that more than 40% of young people on a matrix list from Haringey, north London, were scored as posing “zero” risk of causing harm. Some were assessed as being much more likely to be victims than offenders.

Stafford Scott, a community campaigner, said the hundreds of young people taken off were the result of community action and pressure, adding: “They had no criminal record for violence or no criminal record at all. They have endured the most oppressive policing regime possible, without being in custody.

“They [the Metropolitan police] have broken data protection and equality laws meaning they must have caused harm. They are refusing to tell people they were on the matrix and had been taken off.”

The vast majority (1,581) are in the green category, those assessed to cause the least harm, while 144 in the highest harm category – red.

According to the Met, gang activity in London is almost a wholly male affair with only six women and girls on the list.

Critics say those on the gangs matrix have had their details shared with other agencies. Some with no involvement in violence had their driving licences withdrawn or applications denied.

The ICO said the Met was now complying with the law. James Dipple-Johnstone, the office’s deputy commissioner (operations), said: “The ICO made it clear to the Metropolitan Police Service that while there was a valid purpose for maintaining the gangs matrix, key issues of data sharing and retention had to be addressed, and that governance, policies and procedures had to improved.

Katrina Ffrench, the chief executive of StopWatch, which campaigns for fair use of police powers, said of the matrix: “This was bought in nine years ago only only recently has it been reviewed to check it is lawful. It is maddening it has been used for so long without oversight. The police can’t be left to police themselves without oversight.”

The Met said: “The [matrix] has assisted in preventing many gang members from committing, or being the victims of, serious violent crimes, so we view this as a very effective intelligence tool to direct our activity.”

The force said analysis of those listed showed the gangs violence matrix (GVM) was “key in reducing risk among those included on it. This saves lives.”

The Met added: “Over the last 15 months, there has been significant external scrutiny of the GVM.

“As well as the ICO review, Amnesty International have raised concerns about the use of the GVM and the mayor’s office for policing and crime review of the GVM was published in December 2018. We are now implementing a number of measures to make sure that we can comply with their requirements.”

The Equalities and Human Rights Commission said it was monitoring the situation.