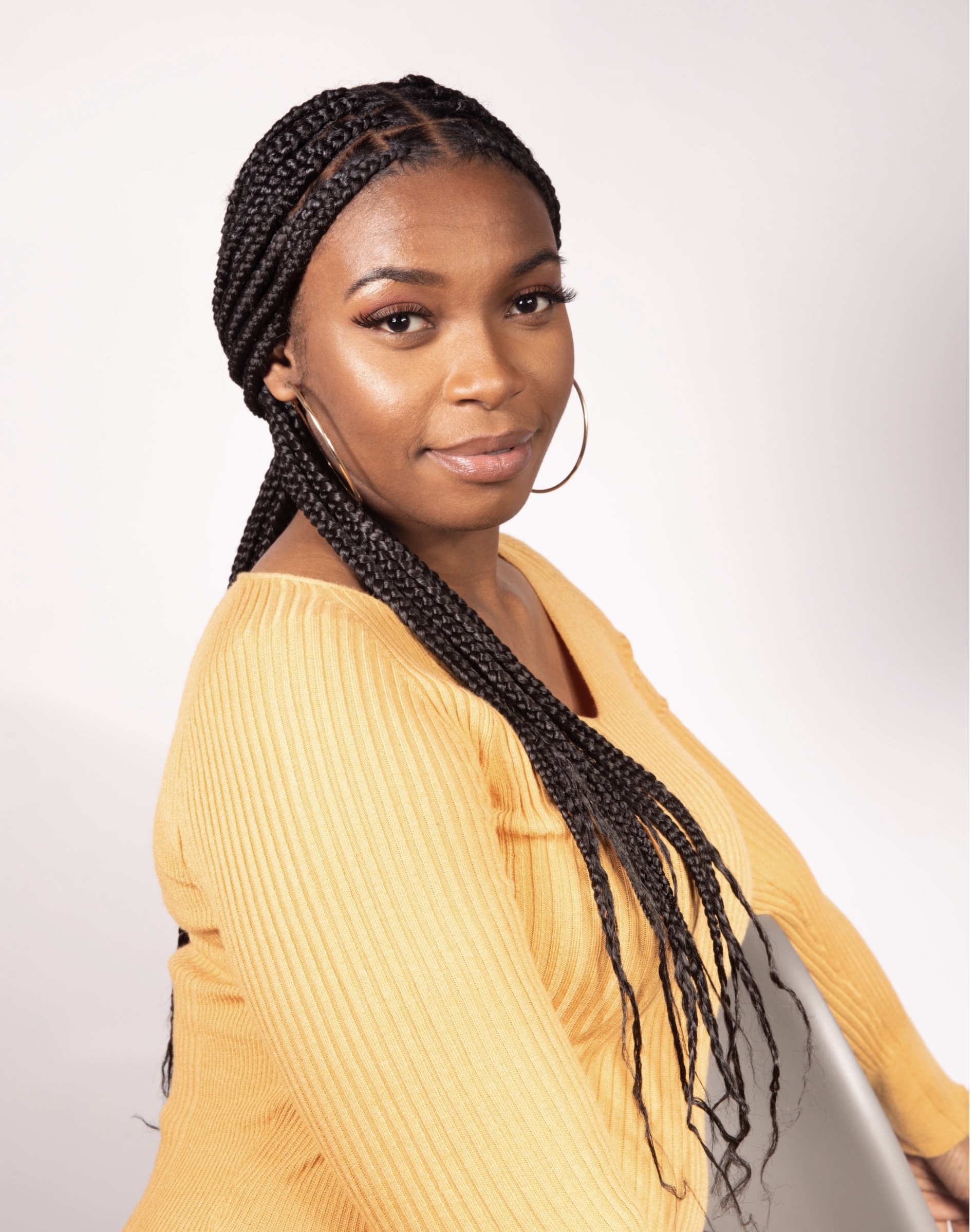 Milk and Honey Bees Founder Ebinehita Sits With Us

Milk and Honey Bees Founder Ebinehita Sits With Us

TEDx Speaker and 28-year-old powerhouse, Ebinehita Iyere helps young Black girls reach their potential through her platform Milk and Honey Bees. Ebinehita kindly took the time to speak to us about this safe-space for Black girls she’s created and her journey to working with young people.

Born and brought up in South London, from as young as 15, Ebinehita has been called ‘councilor of the block’. Having left home at the tender age of 15, she went on to live in a hostel and took on the role of caring and advising young people in her community. Sometimes even those who were older than her, demonstrating she had a passion for helping her community from very early on.

After graduating in Criminology and New Studies in 2016, Ebinehita went on to work with young boys in the community. ”That was the dream”, she says reflecting. Now, five years later, she still works with boys in her day job, but now also works with girls through Milk and Honey Bees, which launched in 2017.

Summarising Milk and Honey Bees in her own words, Ebinehita says

”it’s a safe space created with and for black girls to be authentically themselves and not how other people want them to be.”

The Inspiration for Milk and Honey Bees

Going on to explain how she adjusted to connect with the girls from her platform in the pandemic, when many public buildings were closed, she candidly shared ”by being still. I didn’t force the virtual connection. I didn’t force anything. When you create safe spaces, you have to create with the people. So, in the pandemic, I didn’t do too much. I allowed the girls to chill. If schools are already a place that is confusing and difficult, I’m only going to give you space for you to breathe. So, we would sometimes connect online, to talk about Beyonce, Meg Thee Stallion, and things that were maybe not what everyone was talking about at the time. This meant they had space where they could just breathe. Families were going through their own things, so I think what helped to stay connected was just connecting naturally.”

In the white-predominant societies, names of Black origin are often shortened by white people for ”convenience”. In her recent TEDxLondon talk, Ebinehita touched on this experience as her name was often shortened to ”Eby” in class.

However, this did not revert Ebinehita to timidness. ”I was always confident in my name”, she says proudly. ”So, when someone would try to shorten my name, I knew it was incomplete. It actually made me project my voice even more so that they knew I was complete.”

This is a tactic Ebinehita uses with the young girls she now mentors with Milk and Honey Bees.

When asked how she encourages Black girls in a world where they’re told their voice is too loud, Ebinehita simply yet effectively replies ”by telling them to speak louder. We let them lead and talk about their experiences free from judgment.”

In West African culture, names often have specific meanings. The name ‘Ebinehita’ is of Nigerian origin and translates to ”my destiny”. A very strong meaning indeed. Touching on how this meaning impacted her journey, Ebinheita shares ”my dad named me and I’m quite close with him. I feel like the relationship between Black girls and their fathers is not spoken about much in society.”

She then goes onto explain that ”when I started to reclaim the full elements of my name, I started to see what it really meant. And now, in purpose, it means a lot more than it did before.”

Self-care is an important part of flourishing as individuals. Yet it’s unfortunately often viewed as taboo in the Black community. However, thankfully, Ebinehita wasn’t at all put off by this. She shares her self-care practices that include ”remembering to put me first and accessing therapy. I knew I needed that.”

Finally, Ebinehita left us with a helpful line answering the question

‘how do we protect black women?’ Again, very simply, but with resonating impact, she says ” by protecting Black girls first”.

This was a poignant reminder that the work starts with early intervention projects like Milk and Honey Bees. They are doing the work to protect these girls who eventually grow into Black women. We need this in a world that constantly reminds black women and girls they have to work twice as hard compared to their white counterparts.

It was a pleasure to interview Ebinehita, and finding out about the amazing work she does. We hope to collaborate more with her and Milk and Honey Bees in the future. For more of the interview listen here: