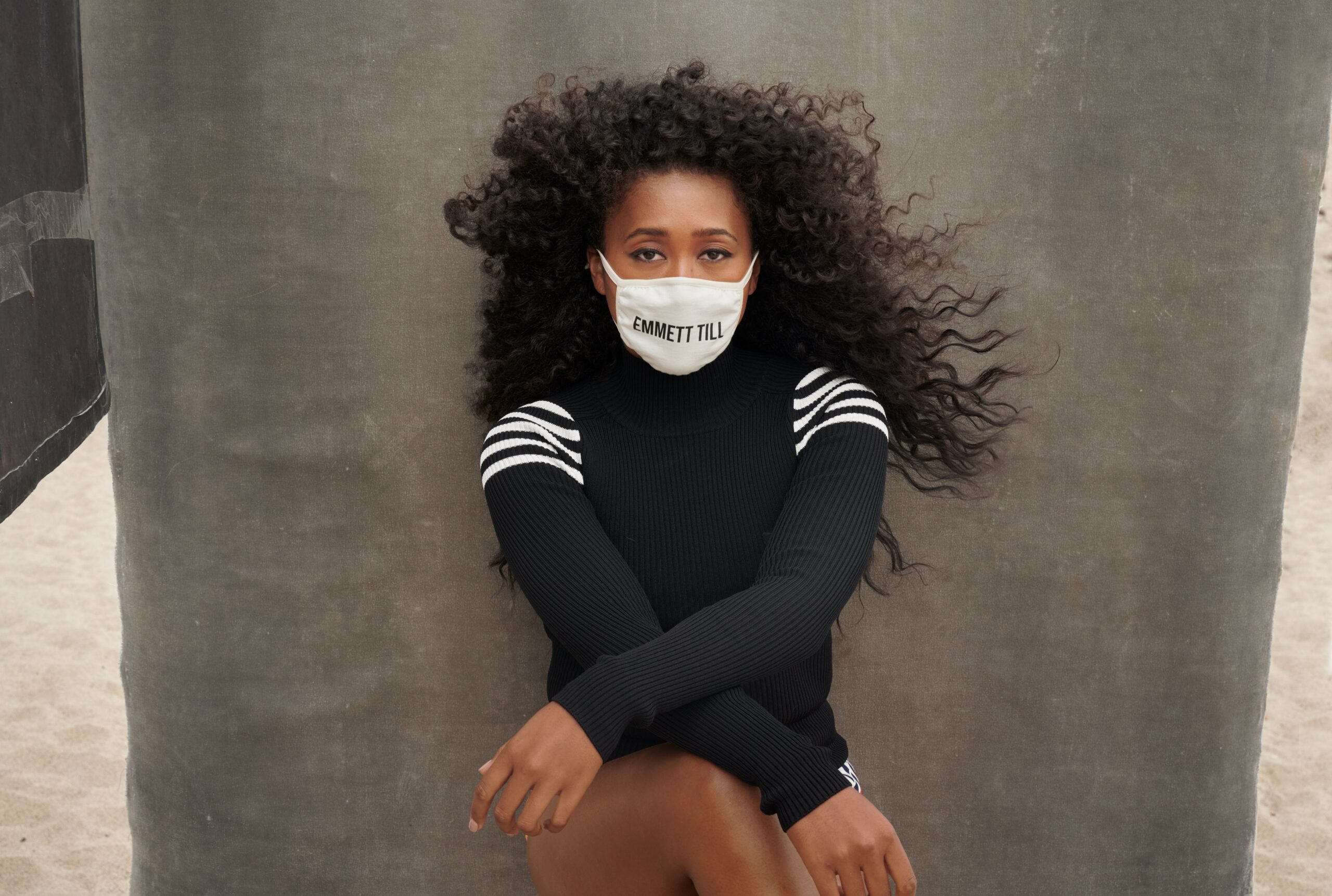 Naomi Osaka and the Policing of Black Female Athletes

Naomi Osaka and the Policing of Black Female Athletes

The close of May this year not only brought about the start of the Summer season but also the return of the French Open, also known as the Roland-Garros. The turn of events was met with remarkable and unheard of news in relation to one Naomi Osaka, a Haitian-Japanese tennis star. Indeed, the 23-year-old decided to gracefully bow out of this year’s tournament following a dramatic back and forth with the French organisation, which has sparked discussions about the treatment of Black Women in sports.

Let’s recap: on 26 May, Naomi Osaka announced that she would not do press during the French Open due to the negative impact on her mental health via Twitter. The French Open organisers then published a response. They shared platitudes about their “commitment” to the mental health of its athletes while explaining they had issued a fine of 15,000 USD to Osaka, threatening to take even further action. They also claimed that they had offered Naomi Osaka support, which, according to them, she ignored.

The discrepancy between the French Open’s words and their actions highlight the disingenuity of their offer, as well as the pervasive stigma surrounding mental health, especially when it comes to Black Women. Osaka’s request to not have to deal with the press was simple and well-reasoned yet was met with threats and accusations behind a thin veil of faux concern.

“From their bodies to their behaviours, Black female athletes are constantly scrutinised and expected to be grateful for being allowed to exist in these spaces”

In response to their statement, Naomi Osaka announced that she was withdrawing from the tournament to avoid becoming a distraction and explained that she had been suffering from depression since the 2018 US Open. As most of us remember, during the 2018 US Open finals, Osaka was booed by the public after defeating her personal idol, Serena Williams. Although this gave us a sisterhood moment, with Williams overcoming her own disappointment to console Osaka, this deeply affected the young athlete.

Following her withdrawal from the French Open, Osaka received support from numerous Black athletes, such as the Williams sisters, Stephen Curry and Lewis Hamilton.

To most of us watching the events unfold, it was clear that the response from the French Open was an attempt to put Osaka back in her place. With the sporting body’s actions co-signed by all major tennis organisations, including Wimbledon, the circumstances embodied a long-standing tradition of policing Black athletes, particularly the Women.

From their bodies to their behaviours, Black female athletes are constantly scrutinised and expected to be grateful for being allowed to exist in these spaces.

We witnessed this with the Williams sisters, who’ve been dominating the white-elitist tennis scene since the 1990s. From their colourful attire to their braided beads, they found success while being unapologetically Black, opening the door for the next generation of Black girls in the process. But during this journey, the two faced intense misogynoir – Serena Williams especially – in which their bodies and abilities were masculinised by the media and their fellow tennis players. We see this exemplified through Maria Sharapova’s fixation on Serena Williams throughout her whole tennis career.

Standing at 6’2”, Sharapova details her perception of the 5’9” Williams, upon first playing against her in Miami in 2004, in her 2017 memoirs: “She has thick arms and thick legs and is so intimidating and strong. And tall, really tall.”

The sheer lack of self-awareness exhibited in Sharapova’s writing typifies the media-induced ‘rivalry’ between the two players in general, with Williams beating the Russian tennis player in 19 out of 21 matches.

Furthermore, this exaggerated depiction of Williams’ physique upholds simultaneously racist and misogynistic tropes regarding Black Women’s builds, in which they are often characterised as masculine or even sub-human. We saw this evidenced in The Herald Sun’s caricature of Williams during the 2018 US Open, in which the African American athlete was depicted in an ape-like rage. This was in relation to Williams’ challenging of the umpire’s call – a mockery of the tennis players’ valid signs of frustration and passion for her sport. Even more interestingly, the mixed-race, dark-haired Osaka was presented as a blonde, almost white Woman, as a way of emphasising her innocence, as she is presented as taking the moral high ground against the tyrannical Williams. Such discretion shows how proximity both to and away from blackness informs misogynoir.

Unfortunately, this issue of misogynoir is not just confined to tennis. Back in 2019, for instance, the South African double Olympic champion runner, Caster Semenya, was barred – and still is – from competing in the female category due to her intersex condition. How this story was framed served to elevate animosity towards Semenya within the media, presenting the runner as deceptive, abnormal and a walking experiment. The latter was displayed through the numerous coerced attempts to encourage Semenya to take testosterone lowering medication and hormone tests under false pretences.

“This isn’t about press conferences. It’s about taking the player who used what in their minds is their platform to go off script and punishing her for it”

Some theorise that the backlash against Naomi Osaka’s case stems from a white need to “discipline” Black athletes when they fall out of line, such as David Zirin, sports editor of The Nation. In his article analysing the incident, Zirin draws comparisons between fan violence in the NBA and the French Open crackdown against Osaka to suggest both instances are “reassertion[s] of power over outspoken Black athletes”.

He goes on to say: “There’s a backlash brewing in the world of sports. Many pro athletes spent much of 2020 raising their voices for justice: as workers, citizens, and, most pointedly, as Black and brown athletes who have to suffer racism no matter the size of their paychecks.”

He later says: “But now it’s 2021. Many of the masses are vaxxed; fans are filling arenas, and something extremely ugly is in the air. Every night at NBA games, we are seeing mainly white fans dump popcorn on players, spit on their team’s opponents, run onto the court…”

Zirin closes his essay with: “There is a century-plus long history of tennis treating its women players like second-class citizens. For the few women of color that have ascended the ranks, the treatment has been even worse. Their response is about disciplining Osaka. This isn’t about press conferences. It’s about taking the player who used what in their minds is their platform to go off script and punishing her for it.

“This is what a backlash to activist athletes looks like: a generalized mood among white fans combining with conservative owners to send a message that 2020 is over and old hierarchies must return. No matter how messy, they want the wine back in the bottle just as sure as those jerseys and helmets with political slogans are back with the mothballs.”

To conclude, the minimisation and devaluation of Naomi Osaka’s legitimate mental health concerns by the Grand Slam organisers were endeavours of maintaining cultural hegemony in a world becoming increasingly critical of whiteness, maleness and discrimination as a whole. Notwithstanding, Osaka still rises, withdrawing from the competitions with her dignity and integrity intact.

Written By: Laurentine Insonere – Having moved to the UK from France in 2019, Laurentine writes about racism and Black feminism. She is the Host and Creator of the Podcast Culture Flow Follow her on Instagram