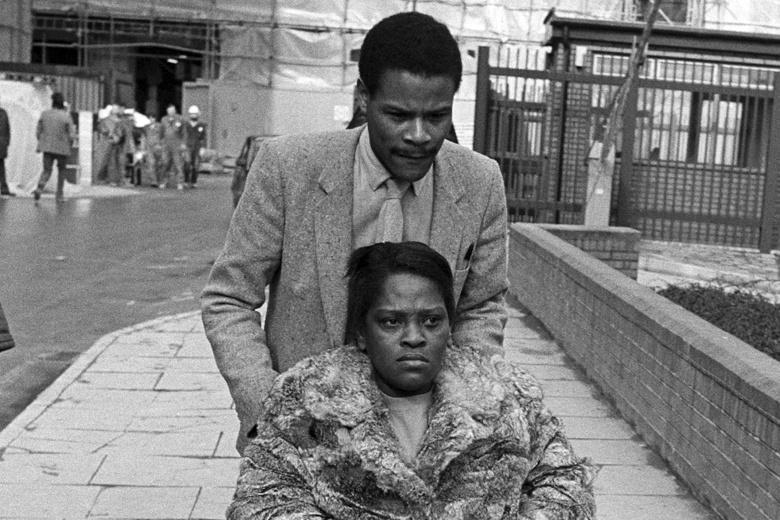 Racism is a global issue and police brutality exists in the UK too. With the recent resurgence of the Black Lives Matter movement, following George Floyd‘s murder, it has led the world to take a closer look at battling the monster of racism.

In the UK, black people are more than twice as likely to die in police custody. Black people in 2018-2019 were more than five times as likely to have force used against them by police than white people. Yet, there still seems to be the notion that racism is not really an issue here in Britain.

We’ve also noticed there tends to be a lack of coverage of black women who have died due to police brutality in the UK.

This article highlights cases of Black British Women who have died in custody or in their homes because of  the use of excessive force by police officers.

A group of police officers raided Mrs Groce’s house in search of her 21-year-old son, Michael Groce, in relation to a suspected firearm offence. Michael Groce was not found at the property during the search. Mrs Groce was shot in the chest during the police raid at her home and died as a result.

A few months later of that same year, in July, it was revealed there were eight separate police failures that contributed to Mrs Groce’s death.

This subsequently led to another apology to Groce’s family, issued by the Commissioner of the Metropolitan Police Sir Bernard Hogan-Howe.

A week following Dorothy Groce’s death, 49-year-old Mrs Cynthia Jarrett died from heart failure in her own home, when four police officers searched her property in Tottenham. This happened whilst her son was in police custody regarding arrest and assault. Mrs Jarrett’s son, Floyd Jarrett, was later acquitted of both of these charges.

Mrs Jarett’s daughter, Patricia claimed she saw DC Randle (one of the police officers), push her mother whilst conducting the search, causing her to fall. DC Randle denied this allegation.

During the house search, Cynthia collapsed and died from a heart attack.

Cynthia Jarrett’s death provoked outrage from some members of the black community against the behaviour of the police. It sparked the The Broadwater Farm riots.

The Late MP for Tottenham, Bernie Grant condemned the search of Mrs Jarrett’s home and urged the local police chiefs to resign, deeming their behaviour as ”out of control”.

Joy Gardner was a 40-year-old mature nursing student who died after being detained during a police immigration raid in her home in Crouch End.

Gardner was brutally restrained with handcuffs and leather straps. On top of this, she was gagged with a 13-foot length of adhesive tape wrapped around her head.

Following this incident, Gardner was placed on life support. However, unfortunately, four days later, Joy died of a cardiac arrest on August 1st, 1993.

The four officers involved in this incident stood trial two years later for manslaughter but were acquitted.

Despite pressure from campaigners, there has been no coroner’s inquest or public inquiry into the circumstances of Joy Gardner’s death.

On 9th May 2020, 28-year-old, Kamyimsola was arrested by the police. A video later went viral of this brutal process whereby 6 police officers were seen to have pinned her to the ground and one officer, in particular, appears to be hitting her. A witness confirms this in the video saying ”you’re hitting her… that’s not right”.

Whilst being pinned down, Ms. Olatunjoye is shouting ”I can’t breathe” repeatedly. It is said that Ms. Olatunjoye and Mr. Ireland, a man she was driving with, were stopped and arrested for failing to pull over.

Mr. Ireland was later charged for drunk driving and Ms. Olatunjoye for obstructing a drug search. The treatment of Ms. Olatunjoye’s arrest has sparked an official investigation. According to The Independent Office for Police Conduct, they looked into the incident. The Metropolitan police said they were working with community groups to ”discuss any concerns” regarding the scene.

Dorothy, Cynthia and Joy are just a few black women whose lives were lost to police brutality.

The Issue In Figures

An independent review of deaths in police custody between 1989/1990 and 2008/2009 revealed that: “a disproportionate number of people from BAME communities died following the use of force”.

Black people form 3% of the population in England and Wales, yet they make up 12% of the prison population.

According to a report by the Independent Police Complaints Commission (IPCC), over one-third of cases in which a Black person who was detained and died, happened in situations where police actions may have been a factor. This figure rises to almost one-half if the cases of accidental death, where police are present, are added. This data starkly contrasts with only 4% of cases where the detainee was White.

These statistics only hint at the issue of police brutality against black people in the UK. As there are limited studies that have looked more deeply into the statistics in more recent years.

We hope this post has helped you understand better the extent of police brutality in the UK. We also hope it has given you some ideas of how you can support the black community against structural racism.

Written by: Maxine Harrison – Maxine is a freelance writer and founder of the Remi Reports blog – a blog helping freelance creatives build their business and lifestyle. She has published pieces in The Independent and The Voice Newspaper.

The small act of rebellion gave her strength. Her minders told her she would be killed if she did not convert, marry or bear his children

Laverne Cox: ‘I can be so hard on myself’

Long before I ever expressed my queer identity, I knew and celebrated the softness and sanctity of my friendships with girls