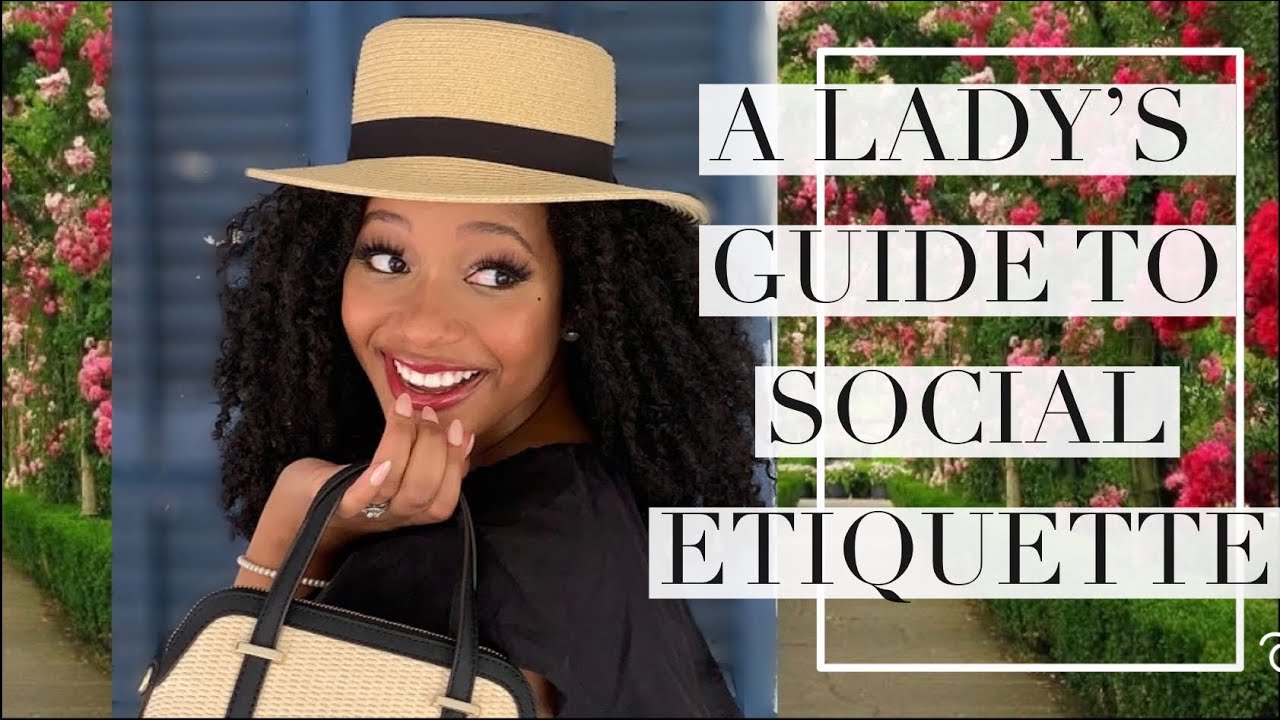 The Digital Finishing Schools for Black Women: Inside the Bizarre World of Black Femininity

The Digital Finishing Schools for Black Women: Inside the Bizarre World of Black Femininity

“It’s nothing short of patriarchy preserving” – Black Women are reclaiming their femininity through online communities that offer hypergamous dating advice and social etiquette training; we ask if this collective drive for hyper-femininity is helpful or harmful.

The monetisation of Black Women’s insecurities

Historically, Black Women have been portrayed as aggressive and angry, with words like ‘strong’ frequently being used to describe us, affecting many of our dating outcomes. For instance, Black Women receive 25% fewer first messages on OkCupid than Women of other races. Similarly, stories of racial and socio-economic trauma have been so deeply intertwined in media representations of Black love that Tyler Perry was able to amass an empire peddling narratives about Black female suffering. When we come of age, Black Women are forced into a world that constantly reaffirms our un-lovability while persistently rewarding physical displays of romantic love.

This perceived un-lovability has become a particularly profitable industry, launching the careers of self-help gurus and dating coaches alike.

The find-a-man industrial complex manifests in the Church, in literature and across social media.

Every Sunday, we are subject to consistent and unpalatable “submit and marry a man of God” messaging, Amazon is swamped by a myriad of books of the genre, including Steve Harvey’s Act Like A Woman Think Like A Man, and virtual dating coaches dominate social media, promoting a catchy but painfully shallow ’get your bag and finesse these men’ form of feminism. Now, the rising Black femininity movement presents an amalgamation of all of these subcultures.

What is ‘Black Femininity’?

The Black femininity movement is an offshoot of a larger online femininity sphere that has garnered an avid internet following. Their rhetoric often pedestals hyper-femininity as the ideal, urging Black Women to stay away from political activism and choose self-preservation, a life of luxury, comfort and happiness instead.

The subculture is often conflated with the Black divest movement and those who promote hypergamy. Though each group’s sentiments are similar, there are distinctions to be made between them. For instance, the divest movement is more political in nature, functioning as a Black Woman-centred counterculture to male hegemony within the Black community. At its core, it serves to decentre Black men, both within your politics and your dating habits.

Many of the goals of the latter group, which encourages hypergamy, greatly overlap those of the Black femininity campaign, taking on a heteronormative approach to womanhood, dating and relationships. The key difference, however, is hypergamous forums and collectives are less invested in cultivating femininity as an emotional self-care tactic. Rather, it’s primarily for the benefit of monetising relationships with men.

Within the context of Black femininity, a Woman must possess softness, boundless happiness, abundant positivity and the ability to nurture their beauty. There are also coaches that teach these women to ‘let go’ of their masculine energy and learn feminine etiquette. Such advice entails tips on how to sit, how to enunciate, what hobbies are suitable – such as flower arranging, drawing and reading – and feminine self-care. Digital mood boards serve as aspirational representations of the Black feminine Woman in this online space.

The community frowns on the display of masculine traits by Women, especially in romantic relationships. The ideal partner is defined as wealthy, well-connected, socially respected and childless; they are expected to take both the financial and social leads in the affair.

Is this subculture helping or harming Black Women?

In a strange way, we might claim this social faction as radical. Though on the surface vapid and meaningless, the lifestyle expressly refuses to engage in the reality of unpaid domestic labour

that most Women must confront, often shortening their life spans in the process. Instead, it wholeheartedly embraces and celebrates a life of indulgence, beauty and adoration that so starkly contrasts the centuries-long abuse suffered by Black Women against the backdrop of colonialism and slavery. We are nobody’s mules.

But just as we’re nobody’s mules, we should neither strive to be anybody’s mere accessory and therein lies the problem.

By positioning male companionship and all the (alleged) trappings of financial security and social stability as the ultimate goals, the Black femininity movement fails to centre their socio-economic critique on men.

The solution is never teaching men how to be better partners or that domestic labour is invaluable. Instead, Women are advised to marry men rich enough to outsource tasks to female domestic workers.

During my investigation, I did not find one prominent account actively warning Women about the realities of financial abuse.

On the contrary, I entered a Clubhouse room hosted by Coach Nicole Michelle in which a male femininity coach remarked: “You attract men that are aggressive because you’re aggressive”.

The conversation was titled ‘What is Your Marriageability Rating For the Man You Want’.

Other comments made included: “There may be masculine traits you have developed from living in a low-income neighbourhood and being raised by a masculine single mother. These are things you must begin to actively unlearn”.

Furthermore, the idea of financial self-sufficiency in Women was considered “a step back to the plantation”.

I found this commentary both myopic and dehumanising, as it suggests only one lifestyle – one of decadence and luxury – as one worth living; shames Women whose circumstances don’t adhere to this ideal; and devalues female agency to prioritise other values outside of keeping up appearances.

The ideas promoted by the Black feminine community recreate a very narrow conception of womanhood. They teach Women that they should temper their success and change their personalities in hopes of being the beautiful things that rich men want. In turn, the group masquerades the commodification of Women’s minds and bodies behind a self-help-like agenda, with those falling outside of the realm of respectability treated as failed projects. Endless hours spent on beauty are marketed as something you do to make yourself happier; class mobility through dating is just an added benefit.

The true extent to which happiness is achieved through these methodologies is even questionable in itself. If I need to give up my political agency to be classed as happy and not ‘a mule’, then I do not want to be happy. There is certainly a fine line between unnecessarily taking on everyone else’s struggles and investing in your self-worth as a person, but if that line is drawn at not even being able to dress comfortably to avoid being perceived as masculine, then what peace of mind is really being achieved here? It’s nothing short of patriarchy preserving.

Written By: Adenike Fapohunda – a South African-Nigerian Freelance Writer, Reproductive Justice Advocate, and Law Student. You can follower on Instagram/Twitter as @sometimesnike