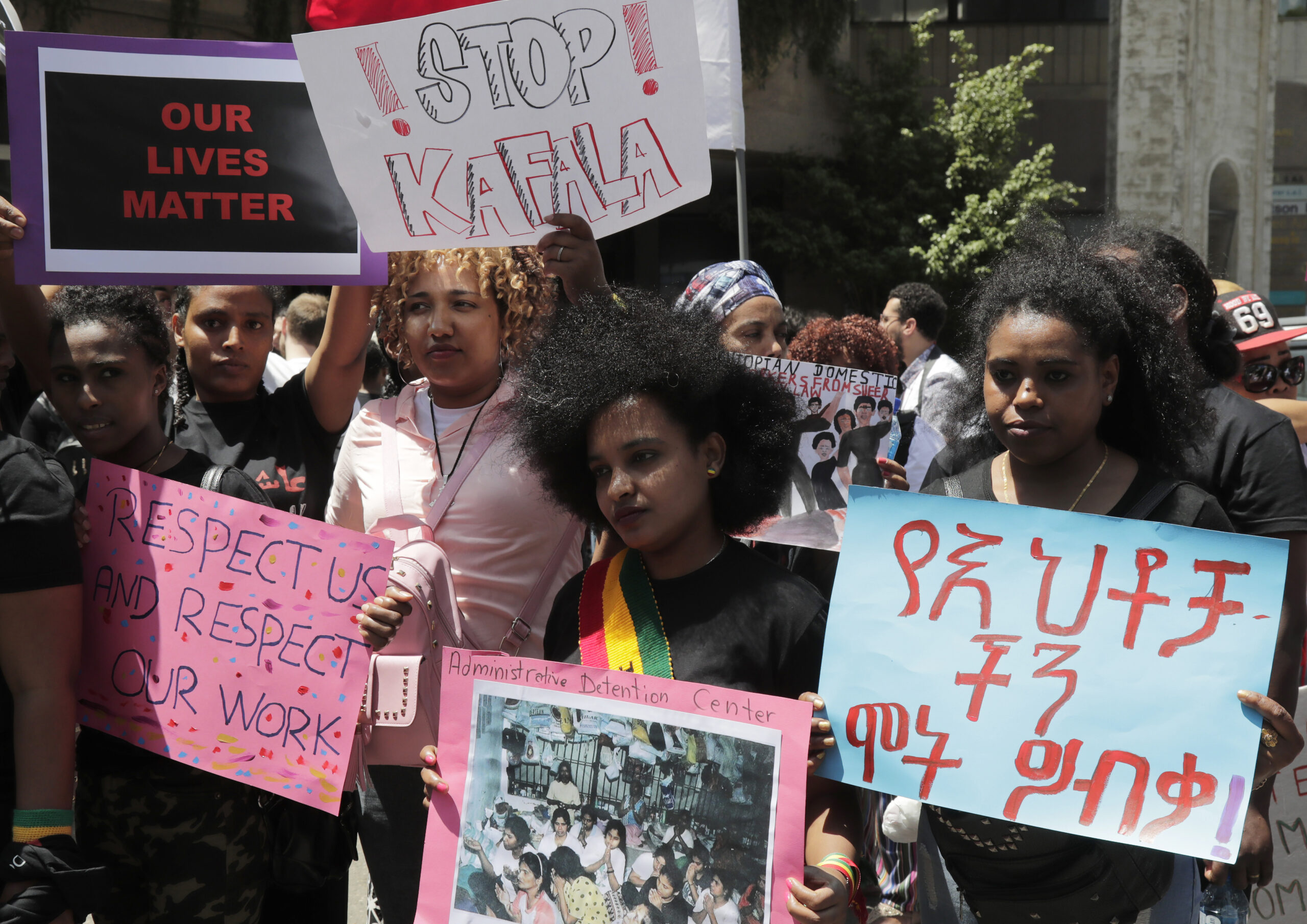 We always hear about the migrant crisis in a European context, but the social and economic ramifications of the August 2020 explosions in Beirut, Lebanon, evidenced how the discourse concerning expatriation needs to be expanded beyond a Western lens.

In light of the COVID vaccine, some Lebanese citizens took to Twitter emphasising that only natives should have the right to be vaccinated, not migrant workers or refugees. It’s abysmal to ignore the contributions of migrant workers to Lebanon’s economy, especially within the domestic sphere.

On the 4th August 2020, two explosions in the Lebanese capital claimed 137 lives, injured over 5,000 people and displaced thousands more. As Beirut reeled from the shock, stories emerged – reported by Al Jazeera and others – of the disaster’s impact on one of the city’s most vulnerable communities: migrant workers from African countries trapped by the exploitative ‘kafala’ system.

The system ensures that migrant labourers are legally bound to their employers who sponsor their visas. The arrangement leaves room for exploitation of migrant workers, via physical abuse and even modern slavery.

These travelling labourers remain unprotected because they are unable to leave without permission. Furthermore, if they choose to flee, they risk losing their migrant worker status, detention, deportation or even death. Over 250,000 women in Lebanon, mainly African and Southeast Asian, are affected by this unethical system.

Image source: Migrant domestic workers carry placards during a protest in the Lebanese capital Beirut on May 5, 2019, to call for the abolishment of the sponsorship (kafala) system and for the inclusion of domestic workers in Lebanese labour laws. Photo by ANWAR AMRO / AFP.

The kafala system is not new. It’s origins date back to the 1950s as a method of regulating the relationship between employers of migrant labourers in West Asia. The 1990s saw an influx of travelling workers in Lebanon, especially women from the global South in the domestic sector.

As a result, migrant workers in Lebanon live in positions of deep precarity –– which the Beirut explosion threw into the spotlight. The incident occurred amidst an economic crisis with hundreds of labourers being abandoned by their employers. Such destruction left an already economically vulnerable minority now struggling for basic shelter. An estimated 24,500 members of the city’s migrant community were directly affected by the blast, with many left homeless.

Prior to the explosion, the nation was experiencing a massive financial crisis, exacerbated by the pandemic, the effects of which were falling hardest on economic migrants. In June, for example, over 100 Ethiopian women were ‘dumped’ outside the Ethiopian embassy by middle-class employers that could no longer afford to pay their domestic workers. Across Lebanon, thousands of migrant workers were left unemployed and unable to afford the cost of repatriation.

While the disaster in Beirut drew the world’s attention to the ‘kafala’ system, it was not the first I had heard of it.

The limited economic opportunities for young women in many African nations, including my home country of Nigeria, means that many turn to domestic work in the Middle East as a means of gaining financial stability.

Although knowledge of the phenomenon is widespread, watching interviews of women who had escaped the vicious cycle ‘kafala’ reveals that no amount of hearsay could have prepared them for the actual experience.

“I was wishing I would die.”

Often, the journey that ends in violence begins with someone you know, offering to help you get to the Middle East to earn money that you can send back home, to pay off debts or support family. A friend of a friend might tell you that they know someone from an agency that will provide you with papers and get you a job as a maid in Lebanon or Bahrain. It may be illegal to go –– as it is in Ethiopia –– but you may not have a choice. Your flight is booked. When you arrive in the country, your documents are seized by the agency, leaving you trapped, with no rights, and at the mercy of your new employers.

Just recently, a 25-year-old domestic worker jumped from the third floor of her employer’s house, desperate to leave her abusive conditions. The pandemic has worsened circumstances for migrant workers due to the travel restrictions in place.

The system relies on and drives racial discrimination by intensifying stereotypes and prejudices about African and South Asian workers.

Winnie, from Kenya, mentions that when she arrived in Lebanon, she was told to “unbraid her hair and wash it.” Later, she found out from an Ethiopian housemaid that the water was filled with pesticides, due to the racist assumption that Black African girls didn’t wash their hair.

These contemporary instances of gendered and racialised discrimination form the legacy of the Arab slave trade, which began around 650 AD and formally lasted until 1981 (with Mauritania being the last country in the world to abolish the practice via legislation). This instance of slavery birthed the institutionalised sexual subjugation of women and girls, predominantly those from Zanzibar.

While it’s easy to say these women who go to the Middle East and end up suffering from abuse ‘should have known better’, the governments of their home countries need to be held accountable.

These administrations fail to stamp out the exploitative agencies that prey on women, with widespread job insecurity and instability leaving many women with little choice. These nations have a duty of care to their citizens that they all too often fail to uphold.

Campaigns to end the ‘kafala’ system have been going on for years, from NGOs like Amnesty to more grassroots operations like Egna Legna Besidet. Operating as a community based feminist activist organisation in Lebanon and Ethiopia, they advocate for women affected by these exploitative regulations.

Led by migrant workers for migrant workers, they have helped 5,272 women, through the provision of financial aid, human rights workshops, access to safe abortions and much more. Additionally, in November 2020, they repatriated 90 Ethiopian women, making their total figure of women returned to their native community 306.

In October 2020, the Lebanese Shura Council suspended the implementation of a modified unified contract that had new protections for economic migrants, such as allowing workers to leave without their employers’ consent. It’s uncertain to see how this system will end but with organisations like Egna Legna Besidet on the frontlines, even during the pandemic, there is some hope.