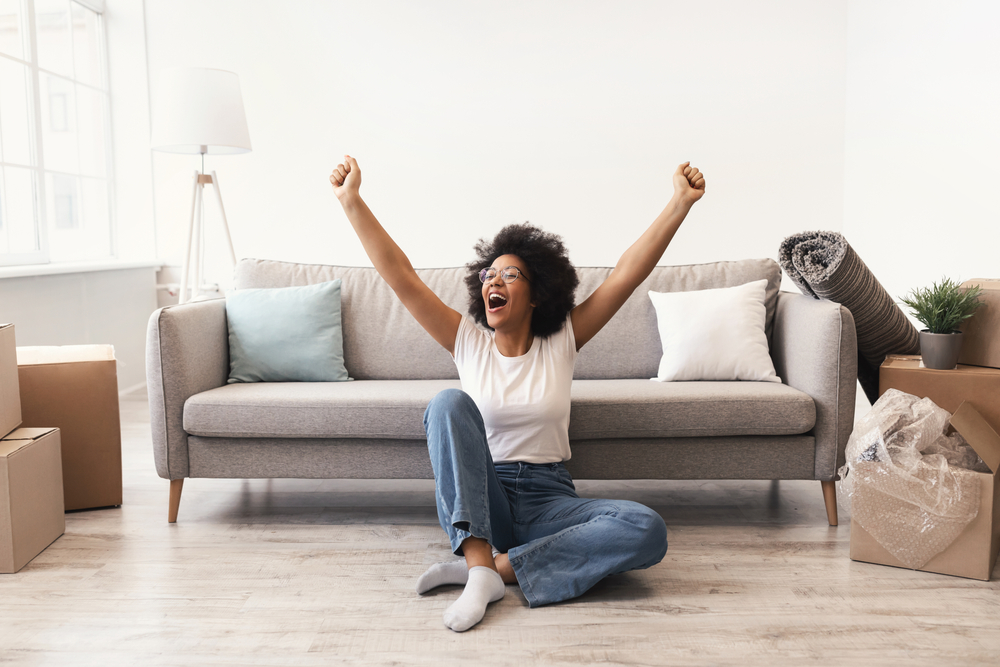 It’s always a gamble entering a competition. You never know what the outcome will be and particularly in a raffle, you don’t really enter with the expectation of winning. This was 22-year-old Prescila’s thoughts when she entered the Tramway Path House Raffle– founded by three Black brothers, Daniel, Jason and Will Twenefour. However, thankfully for Prescilla, her 35th ticket in the raffle was the winning one. I spoke with the graduate to find out her experience, and what she plans to do next with her £290k winning property.

My parents are from the Congo, but I was born in the UK. I’m from Stratford, East London.

How did you find out about the Tramway Path House Raffle, and when did you enter it?

I found out about it on Twitter through their first raffle, last year. But back then I didn’t really believe in it. So, I didn’t enter the first time around. However, when I realised afterwards that someone had actually won, I thought I might as well enter this time around. And that’s when I won!

Were you a student or graduate when you initially entered the Tramway Path House Raffle?

I was a graduate when I entered. I haven’t had my graduation yet because of COVID.

Why did you buy 35 tickets in particular for the Tramway Path house raffle?

I didn’t buy the tickets all at once. With the little extra I had from my work at the betting shop, I bought my tickets bit by bit. On the last week before the competition closed, I thought I would just try my luck and buy another ticket and that just so happened to be the winning one!

What were your plans for the future before you entered the raffle?

I was going to do a master’s degree. I was thinking to do Social Work too, but then I realised that takes a lot of work and they’re so hard to find. Especially in this climate.

Is homeownership important to you?

I feel like the system is not built for Black people. It’s a shame because my parents came from a different country to come here and worked to make sure that we work harder so we can do better than them. And I feel like I have done that. My parents have seen me achieve all they need to see me achieve now. From graduating with my university degree, to getting my driving licence, getting a car and now they’ve seen me get my first house!

What do you plan to do with the property, now that you own it?

My plan is to get someone to rent it out. There were reports that I would be renting for £1.2k but that is false. I will be renting it out for more than that. Then eventually, I am going to take out a second property and then keep doing it. In the meantime, I plan to keep living at home with my family until I meet the right person to move out, buy a home and start a family with.

Has winning this property changed your life plans?

Yeah. The reason why I initially wanted to do Social Work is because it pays well. If I had that sort of income, I would be able to look after myself and my family. Now, this has changed, so I am finding a new way to make income, and more to the point, I’m basically my own boss!

Will you be a full-time landlord now?

Because I’m still young, I feel like I still need to get around and be active. Especially with lockdown and the pandemic, I’ve seen what it would be like sitting down doing nothing. Even if I were to earn money alone from being a landlord, I would find that rather boring. So, for now, I’ll continue to work at the betting shop.

The winning property, a 2 bedroom apartment in Grays, Essex RM17

How did your family/friends react when they found out you won the Tramway Path House Raffle?

Everybody had different responses. My best friend was on the Instagram live, during the prize draw announcement, she was the one who told me, I had won. At first, I was like ”you lot are lying”.

When I told my mum I had won, she was like ”what, are you being serious?”.

So, it was a shock for everyone really. At first everyone was in disbelief.

I honestly feel like I manifested winning because before it was announced, every day I would go onto the website to look at the gallery images of the house and would claim that the property was mine. Then the one day that I didn’t check, I won the property!

How do you think we can encourage generational wealth in the Black community?

Because I am young, I realised that a lot more people like me will enter this raffle. No one my age or younger really ever wins money like this. We often think it’s not built for us. As soon as I won, I looked on Twitter and saw that people in my age group were saying that they’re going to enter after seeing that I won.

Prescila’s story is truly inspiring and a reminder of the hope and importance of homeownership in the Black community. We are so pleased for her and wish her all the best in her venture! It’s also great that the Tramway Path House Raffle is founded by three Black men. More stories like this, please!

Written By: Maxine Harrison is our Business Editor. She is also a freelance writer and founder of the Remi Reports blog – a blog helping freelance creatives build their business and lifestyle.