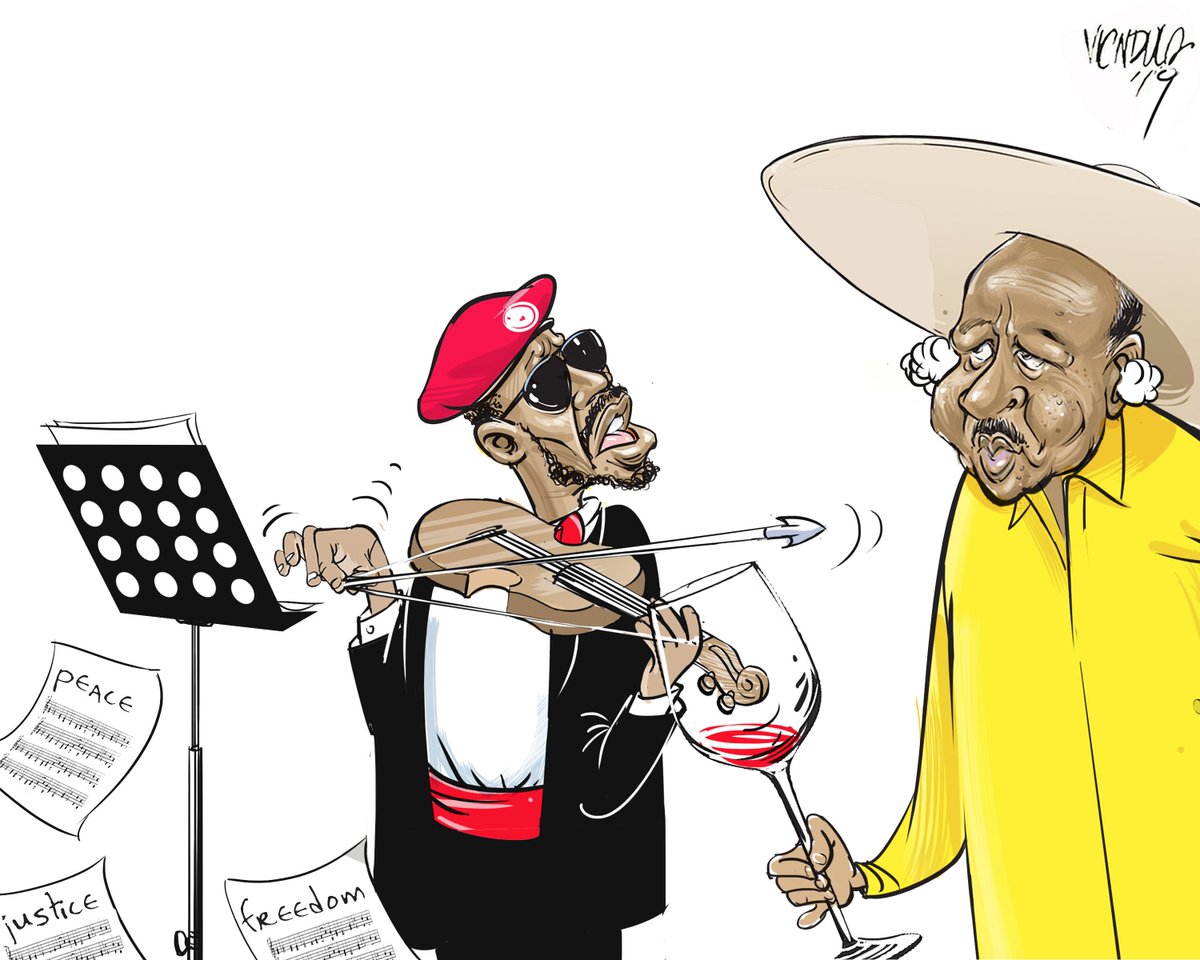 On Saturday 16th January 2021, the Electoral Commission chairperson, Simon Byabakama, declared Yoweri Museveni winner of the preceding Thursday’s ballot. Mr Museveni, who has been in power since 1986, secured 58.64% of the total votes. His main opponent, Robert Kyagulanyi (Bobi Wine), garnered 34.83%.

The other nine presidential candidates represented just 6.53% of the entire ballot; the sole female aspirant, Nancy Kalembe, received 0.38%. Voter turnout was 57%, the lowest since Museveni took office, and his almost 59% winning score, the least in any election from the mid-1990s.

After the announcement, there were isolated celebrations, but empty streets prevailed in Kampala. The heavy military presence previously witnessed continued, as soldiers and riot police who had patrolled throughout the day remained in large numbers at night, restricting civilian movements and setting up several checkpoints.

Museveni, whose rule in Uganda spans four decades, secured the apparent victory amid deadly pre-election violence. At least 54 people died in November after protests erupted following the detention of Bobi Wine. On the eve of the polls, the government ordered a countrywide internet shutdown that lasted for five days. The biometric machines failed to register ballots, forcing many polling stations to resort to manual voting. This has raised questions around the integrity of the vote count.

The Electoral Commission (EC) could not explain how votes were transmitted across the country without the internet, merely telling reporters that “we designed our own system”.

Polls were due to open at 07.00 local time, but at most polling stations, voting began late because of delays in delivery of ballot papers. In some districts, ballot boxes had broken seals, with others half empty.

Uganda’s Daily Monitor reported that results from 1,257 polling stations were not included in the Commission’s presidential election announcement.

The most affected areas were in Wakiso District, understood to be Bobi Wine’s stronghold. The EC acknowledged they had not factored some tallies but maintained that those votes would not have made a difference to the final results.

Museveni made a victory speech on Saturday evening, in which he declared the poll was carried out fairly. “I think this may turn out to be the most ‘cheating-free’ election since 1962”, he said

This comes in response to Wine’s denouncement of his opponent’s earlier indicated lead as “a complete sham”, on Friday 15th January. A week before the elections, he detailed the violent measures Museveni had taken to suppress and attack his campaign on his podcast, The Messenger. On his Facebook page, he also shared videos showing various electoral violations, including a police officer stuffing a box with ballots in an undisclosed location.

Wine has been under house arrest since election day, with no one allowed to leave or enter his compound. On Monday 18th January, US Embassy Kampala posted on Facebook that their ambassador, Natalie Brown, had been denied access by Security forces at Bobi Wine’s residence.

Domitien Ndayizeye, head of The East African Community Election Observer Mission, expressed worry over the Ugandan government’s internet blackout. He stated that “this infringes on the freedom and right of access to information as enshrined in the Constitution.”

Africa Elections Watch, which deployed 2,000 observers in 146 districts, reported that the polls had been marred with flaws. This included party agents being intimidated or rejected at some polling stations.

The UK’s Minister for Africa, James Duddridge, noted British concerns over the national internet shutdown, which “clearly limited the transparency of the elections.” He went on to urge Uganda to respect freedom of opinion, freedom of expression, and freedom of the Media.

In a statement made on Wednesday 13th January, Natalie Brown announced that the US Mission had cancelled its diplomatic observation after many of its staff were vetoed from monitoring the election. Another US diplomat, Tibor Nagy, further commented on Uganda’s electoral process, via a series of tweets, calling it “fundamentally flawed”. EU’s foreign affairs chief, Josep Borrell, also revealed that their offer to deploy a small team of experts was not taken up.

In addition to the UK and the US, The African Union (AU), sent observers to Uganda. The organisation has yet to comment on the election results or the allegations of fraud, however.

Although Museveni’s National Resistance Movement (NRM) party won most of the over 500 parliamentary seats, it suffered significant losses. 61 MPs, including cabinet ministers and long-term lawmakers, lost to candidates from Wine’s National Unity Platform (NUP).  In Kampala, NUP claimed 9 of the 11 seats, while in the Greater Luweero district, the cradle and political mecca of NRM, secured all the constituencies. NUP is now the leading opposition faction in Uganda – a major achievement for a party that was registered barely six months old.

“It’s a wave and unfortunately we’ve lost a number of seats. There is nothing we can do about it,” said Emanuel Dombo, the director of information at the NRM Secretariat.

Bobi Wine, who has been the MP for Kyadondo East, is not going to be in the next parliament. This is because Uganda’s laws do not allow for a person to run for the presidency and a parliamentary seat at the same time. However, he is now the leader of the opposition. But without him in the chambers to exercise leadership and guidance over his fledgeling members, who may decide to prioritise their survival over the party, one can only hope that Wine will not be politically isolated.

Written by: Edith Knight Magak – a writing fellow at African Liberty, and a literary journalist at Africa in Dialogue. She lives in Nairobi, Kenya. Find her on Twitter