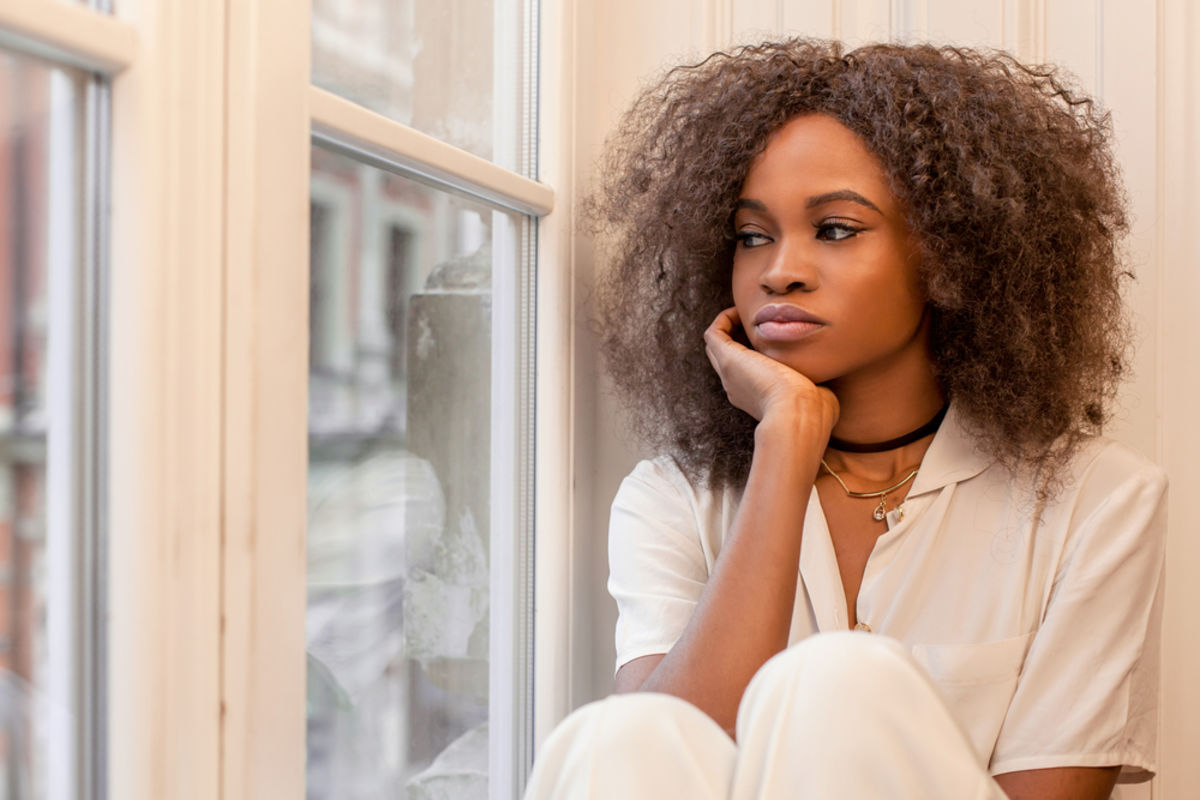 Women Hurt More Than Men In The Recession, But It’s More Complicated Than That

Women Hurt More Than Men In The Recession, But It’s More Complicated Than That

More than 25 million people have lost their jobs in the past two months. Women feel the economic downturn more acutely than men. Even among women, there are disproportionate effects by race, ethnicity age and marital status. Those groups of women, who have experienced the sharpest labour market downturn, also tend to be the ones most financially vulnerable. The recession illustrates systematic differences that often stem from outright gender discrimination, resulting in fewer and worse job opportunities than is the case for men. They often work for low pay with few benefits and thus have few savings and cannot rely on a spouse’s earnings to help them pay their bills. In addition, many women, especially women of colour, are the primary breadwinners in their families. The disproportionate job losses among women, especially women of colour, will not mean hardship for families such as hunger right now, but that pain will persist for a long time, even if jobs return in the near future. It is thus not enough to acknowledge that women suffer more than men in this recession. Well-targeted policies instead will need to rely on more nuanced data to capture the different economic experiences among women.

Over the past two months, total employment dropped by an eye popping 25.4 million. These job losses disproportionately fell on women, who saw their total employment dwindle by 13.4 million with men losing 11.9 million jobs during that same period. As a result, less than half of all adult women – 45.8% — had a job in April 2020. This reflected a drop of their employment-to-population ratio — an indicator of the share of a respective population group that is employed — by 10.1 percentage points since February 2020, before the recession started. In comparison, 57.2% of men still had a job in April after their employment-to-population ratio dropped by 9.6 percentage points in the past two months. Importantly, women tend to be less likely than men to have a paid job to begin with due to labour market discrimination and societal expectations that puts a greater burden of unpaid house work on women. This recession still decimated women’s jobs faster and thus did relatively a lot more harm to the job market attachment for women than for men.

But these aggregate losses ignore widespread disparities by race and ethnicity among women. Black, Asian and Latina women all saw sharper losses in their employment-to-population ratios from February to April 2020 than was the case for white women. The decline was largest for Latina women with 13.6 percent, followed by a decline of 11.0 percentage points for Black women and 10.3 percentage points for Asian women. In comparison, white women saw their employed share fall by 9.6 percentage points at the same time. Among all groups of women, the employed share within their respect population groups had fallen to less than 50% as a result of these losses. Latina women ended up with the lowest employment-to-population ratio with 42.6% in April 2020. The recession has hammered the employment opportunities among women of colour worse than it did for white women. This reflects the realities of discriminatory labour market institutions that steered women to less stable jobs in the first place and then exposed them to greater economic risks earlier in a recession than is the case for white women.

The disproportionate effect of the recession on Black, Asian and Latina women stems in large part from widespread occupational segregation and steering. Women in general and especially Black, Asian and Latina women tend to work in industries that are hardest hit in this recession. These industries include hotels, restaurants, cleaning services and retail. Many other Black, Asian and Latina women work in industries that are considered essential such as direct care work in skilled nursing and assisted living facilities, as home care aides or in grocery stores. They still have jobs, but they face widespread risks to their health and that of their families since their work is regularly undervalued as reflected in low pay and a lack of protective personal equipment. But due to widespread discrimination and other structural obstacles such as occupational steering, women of colour often get paid very little, have few benefits such as health insurance on their jobs and experience a lot of income volatility. As a result, they tend to have few savings set aside to protect against an emergency such as a layoff. Many women of colour now face sharp dangers to their livelihoods in some industries as jobs mount, while they have to choose between protecting their own health or their families’ financial well-being in others. Either way, this pandemic exposes the disproportionate financial and physical risks that women of colour face because they are often shut out from better, more secure and safer jobs due to discrimination.

The situation is even worse for certain age groups within these hard-hit groups. For instance, Asian women from 55 to 64 years old saw their employment-to-population ratio plummet by 17.6 percentage points over two months to 40.1% in April 2020. This decline was more than twice as large as for Asian women 25 to 54 years old, whose employed share fell by only 6.7 percentage points. In comparison, white, Black and Latina women from 25 to 54 years old saw larger job losses than older women of colour (see figure below). The sharper drop among younger white, Black and Hispanic women than among older ones reflects in part a greater labour force attachment. They had higher employment to population ratios to begin with and thus could fall further when jobs disappeared. Among Asian women, the disproportionate losses among older women could indicate a greater concentration of older women in service industries that are hardest hit by the recession than among younger Asian women who are more likely to work in finance and education.

The recession also affects women’s finances differently depending both on their race, ethnicity and age. Younger women are more likely to have children then is the case for older women. They also tend to have lower wages and tend to have fewer savings, while many are a key if not the sole breadwinner for their families. The widespread job losses among younger women then can put painful financial strains on their families right now and puts their financial security in the future in further jeopardy.

Older women in comparison may have stayed in the labour market longer to supplement weak retirement savings. After all, the unemployment rates for women 55 to 64 years old, as they approach retirement, have increased more than for women 25 to 54 years old, regardless of race or ethnicity. The data show again the most dramatic jump for older Asian women with an increase of 22.4 percentage points from 1.0% in February 2020 to 23.4% in April. The respective increase in the unemployment rate for older Black women was 11.3 percentage points, 14.5 percentage points for Latina women and 11.5 percentage points for older white women (see figure below). These increases are all larger than for younger women. For the time being, these numbers indicate that older women struggle more than younger women to find a new job. If past trends hold and older workers will continue to look for a new job longer than younger ones, many older women of colour could approach and move into retirement with even fewer retirement savings than is already the case.

The changes in unemployment rates for white, Black and Asian women broken down by marital status further underscore this point that job losses exacerbate low savings. Married women typically have more wealth than single women, even in their own retirement accounts, in part because their spouses’ incomes provide somewhat of a buffer in economic emergencies. This also means that some married women may be more likely to leave the labor market when jobs disappear. The unemployment rates for white, Black and Asian married women, for instance, are lower than those for single women, either those never married or those separated, divorced or widowed (see figure below). Married white and Black women have also seen somewhat smaller increases in unemployment rates since February than is the case for single women. It may be the case that these married women may be better able to stop looking for new jobs, even if just temporarily, because they have more resources that allow them to balance added care-giving responsibilities amid the economic downturn than is the case for single women. Societal institutions still establish gender norms for women as the primary care giver for children and older relatives, both of who need extra help now. But married women have more choices because of more wealth and the potential income from their spouses than is the case for single women. Single women clearly feel the brunt of the recession more acutely.

The situation, though, is different when families’ wealth is relatively low to begin with. This gives women little wiggle room when jobs disappear, exacerbating their already precarious financial situation. That seems to be the situation for married Latina women. They have much higher unemployment rates than single Latina women and their unemployment rates rose by 22.6% from 8.8% in February to 22.2% in April 2020 (see figure above). Importantly, Latina women had higher unemployment rates than white women before the crisis started. The recession further exacerbated these differences. The sharp increase in Latinas’ unemployment rate then shows the often described phenomenon of “last hired, first fired”, whereby people of colour tend to experience longer unemployment spells – starting earlier and lasting longer – than is the case for whites during a recession. As a result, more widespread and longer-lasting unemployment for Latinas and other women of colour could decimate whatever little savings they have and put them in a financially fragile situation for a long time.

The current recession hits women especially hard. Many struggle with low pay, few benefits, and limited savings as they often work in worse jobs than men due to widespread discrimination. Many women face added responsibilities, especially during this pandemic, caring for their families. Wages, income stability, wealth and other responsibilities are unequally distributed among women, so that the economic downturn impacts women of colour more than whites, especially prime-age and single women. As the crisis unfolds, policymakers will need to collect more nuanced data to design well-targeted interventions. For instance, additional data by education and parenting will be crucial to further detail the struggles that many women face. Paid family and medical leave, affordable health insurance and better health care, higher pay, better benefits, greater access to child care and more stable incomes and schedules will all help close gender gaps, but they will also have different effects on separate groups of women, depending on their own situations. Not every solution will work equally well in every situation. Promoting real gender equality will thus require a multitude of targeted solutions.

Written by Christian Weller for Forbes.

Image By Andrii Kobryn from Shutterstock