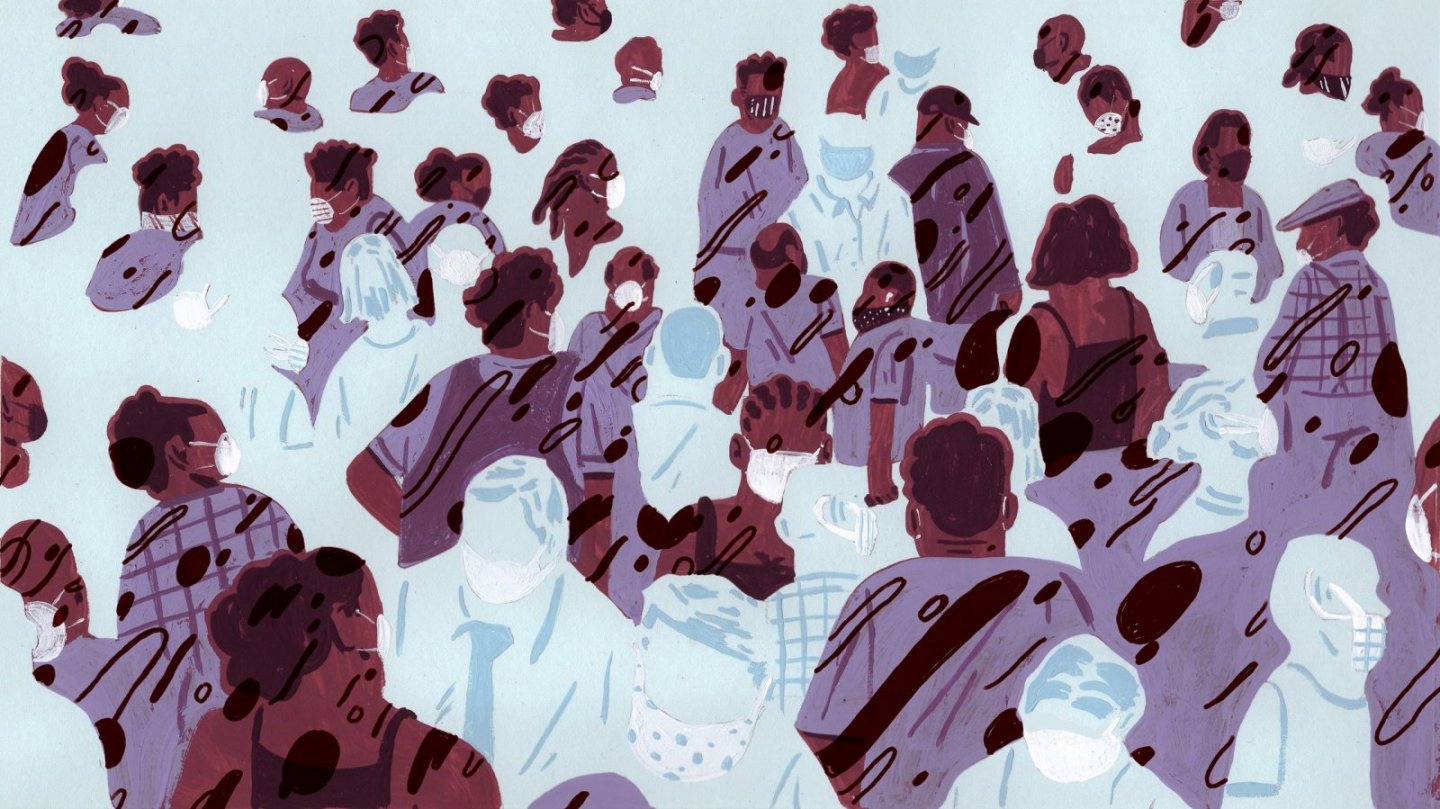 “I Have the Passion to Grow My Community and My Country”: A Perspective on the Media’s Role During COVID-19

“I Have the Passion to Grow My Community and My Country”: A Perspective on the Media’s Role During COVID-19

The COVID-19 pandemic has a multi-sector and multi-dimensional impact that will last for many years. I spoke with Esther Kanny Kargbo, the regional manager for the Sierra Leone Broadcasting Corporation (SLBC) and heads the radio station in the Kailahun district. She is also the vice president of the Sierra Leone Association of Journalists. She sees her work in the media as an agent for transformation in post-conflict recovery and democratisation. In times like these, it also acts as a resource for public health awareness.

In this West African country, the dry season is almost coming to an end. Normally, this is the best time for travel within the country and to neighbouring nations, like Guinea and Liberia, with the roads no longer flooded and muddy. In fact, I was talking to Esther as she was in between her travels from the capital Freetown to the Kailahun district, which is the easternmost region. Since the end of the civil war in 2002 and the largest Ebola outbreak in 2014, it has been a long road to rebuilding infrastructure and development. And now, COVID-19 sets to further impede progress in Sierra Leone.

Indeed, Esther has witnessed how the media can influence people’s perceptions and behaviours during a public health emergency. During the West African outbreak of the Ebola virus disease, she was managing the radio station in the red zone of Kenema district, which contained the only lab equipped to test for viral haemorrhagic fevers.

“The biggest challenge that we had was that the information was not clear.” She describes how health and government officials warned people of symptoms that did not present in most cases. There was also a political divide between the ruling All People’s Congress Party and the opposition Sierra Leone People’s Party that spread rumours of the government’s attempt to “reduce numbers” before the oncoming election. Consequently, she believes that their efforts to inform and protect the community were hampered by constantly changing information, along with cultural and political clashes. Fortunately, some of these lessons were learned and applied for COVID-19.

Sierra Leone largely benefitted from not having the first coronavirus case. “We started engaging and raising awareness early on, especially after seeing its effects on Western countries. So, we did a lot of comparisons to educate the local communities to be more conscious.” Esther points out that although the United States has an advanced healthcare infrastructure, the novel virus had severely strained resources and healthcare workers’. Subsequently, US COVID-19 cases and death rates have ballooned disproportionate to global numbers.

She argues that the media, specifically, has an obligation to help, educate, and keep people safe during a public health crisis and in the nation’s development more broadly. “I feel that journalism can facilitate development, especially when journalism does good stories, good research, even when politicians may not be happy with you.” The work that her news staff have been doing in the field and in studios is keeping local communities informed. It consists of investigating COVID-19’s domestic impact, interviewing traditional and religious leaders on local policy, and keeping up to date with information changes by continually challenging officials.

“We were able to synchronise information better with health professionals and learn from the West. The government implemented face mask laws in April 2020. Then education was carried out on the use of face masks, especially since we have hot weather, and it can be uncomfortable. Journalists also started using face masks and reduced studio guests.” She says that there was initial compliance with social distancing laws. Communication to the public was re-designed to focus on asymptomatic cases rather than signs and symptoms from those present with severe manifestations. This makes sense as different studies estimate that anywhere from 20% to over 50% of COVID-19 carriers are asymptomatic. This is what makes COVID-19 transmission more dangerous than the seasonal flu; those who feel fine are likely to continue daily activities that would expose others to the virus.

However, when some Sierra Leoneans saw that they did not have a high severe disease or mortality rate than the United States, some communities became vocal against masking and social distancing.

Indeed, these policies had economic and social repercussions, which continue to disproportionately affect women and girls in Africa. According to this report from the Brookings Institution,

the pandemic may erase most, if not all, gains made in gender equality over the last few decades in African countries.

An increased burden due to unpaid caring and domestic duties has been cited as the principal reason.

During the lockdowns, the SLBC worked with the Ministry of Basic and Senior Secondary Education to broadcast school lessons on radio stations. However, teenage pregnancy and child marriages rose. The schools have now reopened, but teaching and instruction are poor, especially in the rural Kailahun district where Esther is based.

Sierra Leone closed its borders on 27 March 2020, inordinately affecting women who predominate cross border trade via market stalls, which were also forced to close. In a nation where single motherhood is prevalent, these measures are having a cross-generational disturbance, taking food out of the mouths of children, as well as parents.

Recognising this, Esther started a programme called “The Kitchen” that focuses on hygiene and nutritional content. She says that the closures of districts led to a rise in malnutrition, so they focused on local foods that are grown in the area. However, more needs to be done to help women and children impacted by the pandemic. “Many are asking for micro-credits to help with their businesses”, according to Esther. The World Bank acknowledges that direct assistant payments to women would reduce poverty, increasing female labour and financial inclusion, especially with digital payments.

The country is not yet out of danger from the pandemic but is showing some resiliency. Esther plans to play her part in the years to come, “I see [journalism] as something to serve our nation, and my work can facilitate growth and development.”

Header Image: The Black Plague- illustration by Jamiel Law for The New Yorker