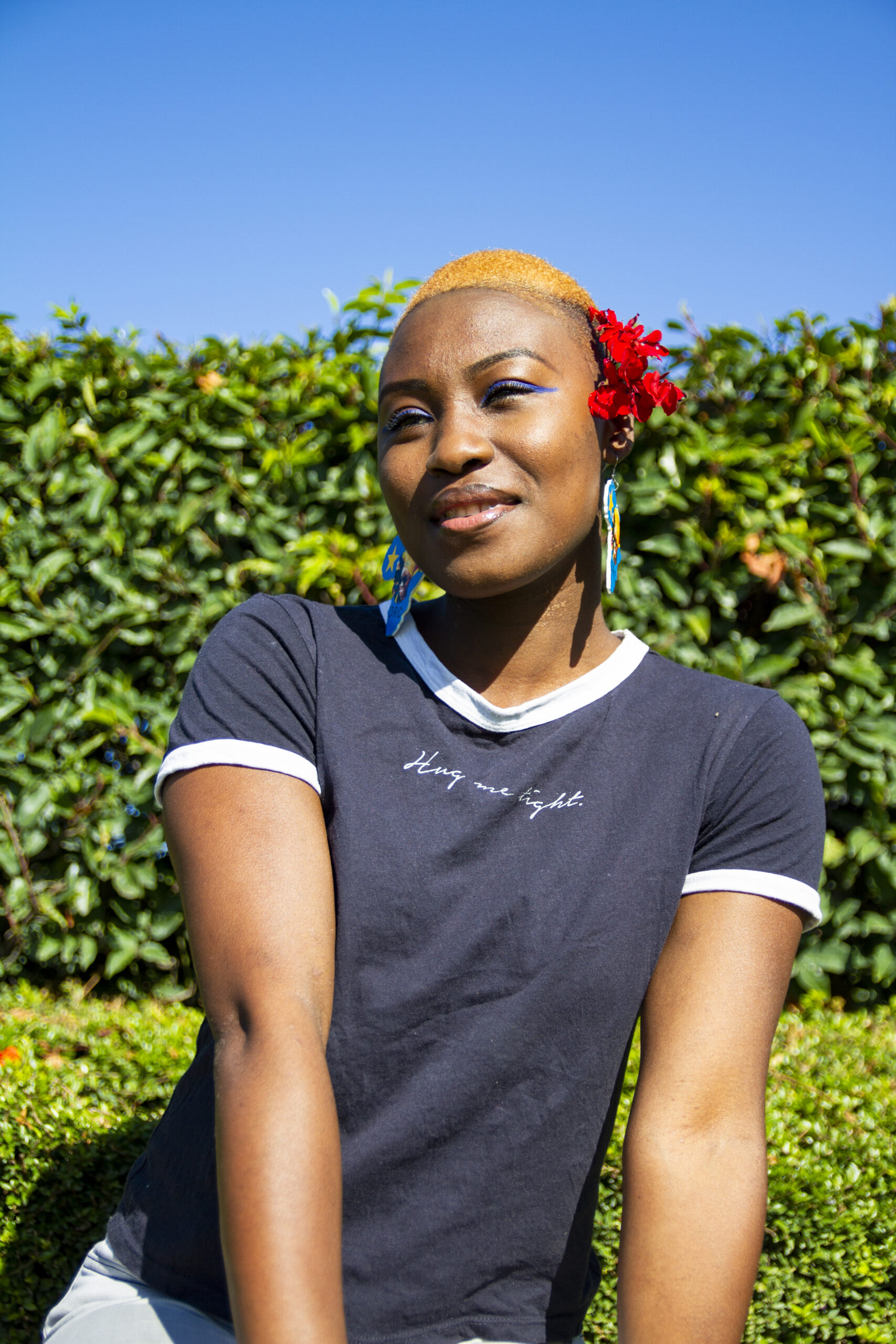 Born in Congo but raised in England, writer and artist, Horcelie Sinda Wa Mbongo was born HIV positive but only discovered her status at the age of eleven.

However, the recent Contemporary Art graduate has now committed herself to destigmatizing discourse surrounding HIV/AIDS and other sexual and reproductive health issues in the African community.

HIV disproportionately impacts women in sub-saharan Africa, in fact adolescent girls and women under the age of 30 account for almost 80% of new infections. According to UN Aids, only 30% of young women in sub-Saharan Africa have basic knowledge about how to protect themselves from HIV.

As a student, Horcelie set up an NGO called Lobiko which offers workshops, educational initiatives and safe spaces for young African people to talk candidly about their concerns regarding HIV/AIDS. Workshops are often run-in conjunction with medical professionals to scientifically debunk major misconceptions around HIV/AIDS.

Lobiko is currently operational in Congo and Ghana yet has hopes to expand to Nigeria within the next few years. The name of this NGO is derived from Lingala, one of the official languages of the Democratic Republic of Congo.

“There is no direct word to define it in English, but you could use terms like hope, healing or salvation to translate it.”

For many young people using the service, Lobiko does in fact represent a beacon of hope and a space for healing, especially for those recently diagnosed with the disease. Horcelie spoke at length regarding the biggest misconceptions about testing positive for the disease.

“It’s not a death sentence. You can live a long healthy life.”

However, cultural stigma in the African community can often mean that those who could be at risk of contracting the disease won’t seek out the appropriate medical help for fear of being socially excluded from the community. Horcelie recounts common phrases she hears when disclosing her status within the community.

As a Black African woman openly living with HIV on a mission to destigmatize sexual health in the African community, and with a strong Christian faith, Horcelie confides that she is often misunderstood, especially from a Western perspective.

“Just because I openly talk about my health status doesn’t mean it can be separated from my Christian faith.”

According to WHO, faith-based organisations own between 30-70% of health infrastructures in sub-Saharan Africa. The influence of religion on medical matters often leads to misinformation circulating around the community. Horcelie points out a common religious attitude towards health in the Congolese community.

“People say God will take care of me, so I’ll be physically well.”

Across the continent, many Africans believe that a strong adherence to religious principles is enough to protect themselves from HIV/AIDS. This assumption that individuals who do contract HIV/AIDS are promiscuous or participating in ‘untraditional’ behaviours and are therefore ‘unprincipled’, prevents those testing positive for the disease to access antiretroviral therapy (ART).

Horcelie also notes language barriers play a role in not having access to certain treatments. She observes that the names of many illnesses and medications do not have a direct translation into native languages and often only exist in European linguistic derivatives, a fact that causes distrust given the continent’s centuries long exploitation by Europe.

“There’s not much research coming from us [Africans], in our own language around health.”

Although Horcelie has spent the vast majority of her life here in the UK, she has always had the intention of returning ‘home’ to Congo, a decision that has greatly motivated her humanitarian work.

“I always say to myself; I want to go back to Congo. But what kind of Congo do I want to return to?”

Returning back to the ‘motherland’ is at an all-time high for second and third-generation Black Brits. Exasperated by the rise of the far-right in Europe and pulled in with initiatives such as Ghana’s ‘Year of Return’ and  Movemeback, a company sourcing career opportunities on the continent for the Diaspora. However, many continental Africans have accused the Diaspora of ‘gentrification’

Horcelie concurs that it is important for the diaspora to not impose their Western ways and totally denounce tradition.

“It’s important when we come as a new generation that we don’t just indoctrinate our ways and reject absolutely everything the elders did.”

Horcelie shows no signs of stopping her work to raise awareness about HIV/AIDS and break stereotypes in the African community. She won Miss Congo UK 2017, a fact that people may think is at odds with the humanitarian work she has devoted herself to.

Written By: Maya Elese – a freelance multimedia journalist producing work surrounding culture, women’s affairs and identity. She produces for the BBC and writes for Huff Post UK and The Independent. Twitter: @mayaelese IG:@mayaelese