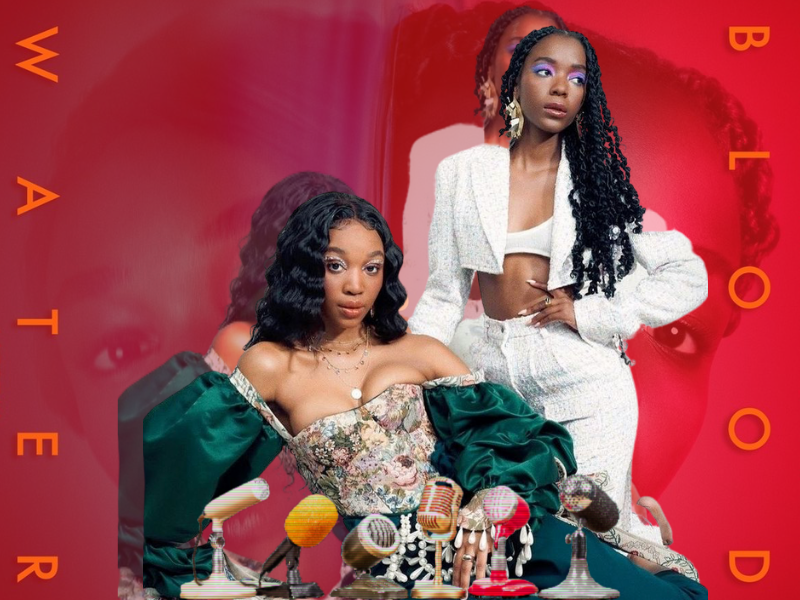 African entertainment has always been top tier (think Nollywood, Afrobeats, Amapiano, Soukous and more) but Blood and Water delivers the teen drama that we’ve been waiting for. As a proud teen drama enthusiast, I have to say that the second season surpassed my expectations!

Sure, Puleng is a bit annoying and impulsive, but she is just a teenager – she doesn’t have to always get everything right at once. We have Fikile, the queen bee, the unproblematic princess whose life has been upended by Puleng’s belief that they are sisters! Season 1 introduced us to these impulsive Capetonians and with Season 2, we are finally in search of the truth – are they really sisters? With new characters, enemies, romantic relationships, more mystery and of course, partying South African style, we are in for a ride this season!

With the release of season 2 last month, I caught up with the stars Ama Qamata (Puleng Khumalo) and Khosi Ngema (Fikile Bhele) to learn more about their experience filming Blood and Water and their future ambitions.

How has your experience been working on Blood and Water so far?

Ama: It’s been absolutely incredible. Challenging at times, especially shooting season 2 during the pandemic but it’s been great.

Khosi: Working on Blood and Water has been amazing. I love our team so much and I’m always so excited to be on set because of the passion everyone brings to their work. It’s been such an honour. 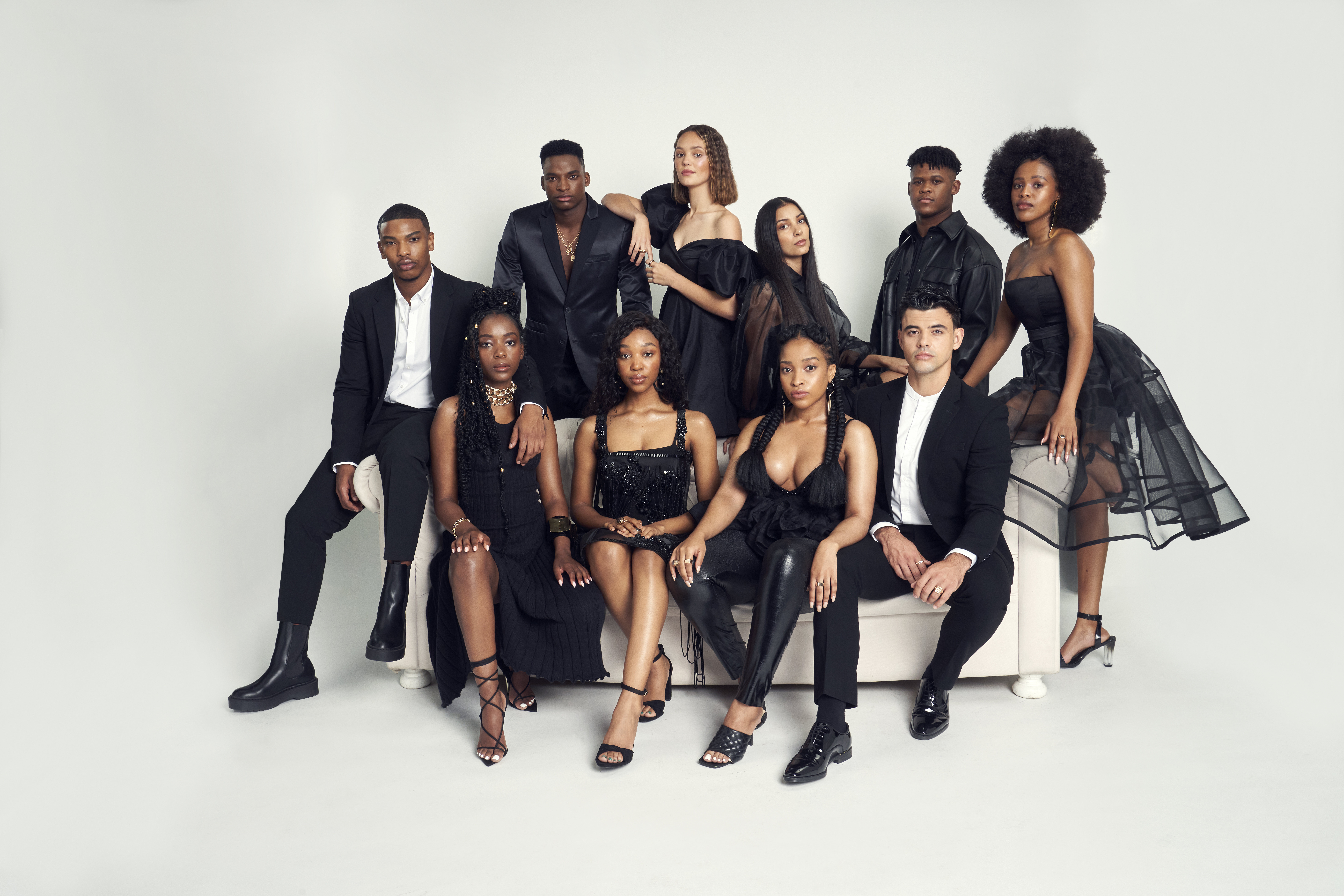 What inspired you to get into acting?

Ama: I can’t really pinpoint where the inspiration came from.  I’ve wanted to act since I was a kid.

Khosi: I caught the acting bug at a very young age. I was always encouraged to express myself through my talents growing up and this art form became an outlet for me as soon as I understood what it was. My family is also full of creatives, so it was inevitable that I became one too.

What advice would you tell your younger self?

Ama: Your dreams are valid!

Khosi: I’d tell my younger self it’s perfectly okay to be different.

Did you anticipate for the show to get this big? It’s done amazing numbers globally and people on social media seem very excited for the second season?

Ama: No, we didn’t but we are humbled and so grateful for the love and support everybody has shown us.

Khosi: We did not expect for Blood and Water to reach so many people globally! We prayed and hoped it would touch people and that we all did our best. So, it was such a beautiful blessing for the show to exceed our expectations like that. 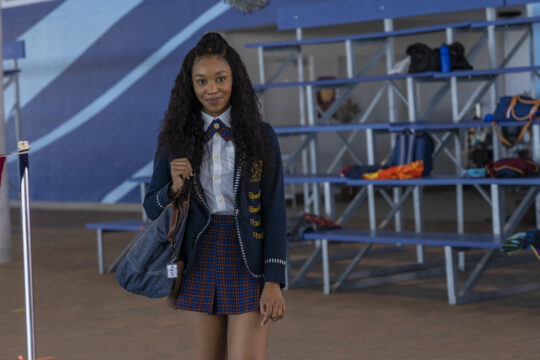 Do you think you relate to the character you play in any capacity?

Ama: At first, I thought I didn’t but then I had to dig really deep to find the similarities between us so that I could use it in my performance. I think at face value Puleng and I are completely different but the more I read the script and dived into her world I found a lot of similarities.

Khosi: I definitely feel like I relate to my character. In order for me to be able to portray her authentically and truthfully, I must find the ways in which we are similar and mirror each other. So even though I may not have had the same life experience as her, I can relate to the feelings she experiences.

You are both young and talented actresses, do you have any upcoming projects after Blood and Water?

Ama: Thank you. None that I can mention.

Khosi: Thank you! I’m trusting that there’s plenty on the way after Blood and Water. I’m just excited to keep getting to doing this and grow as a performer.

What did you learn about yourself during your time on the show?

Khosi: I learned that there’s so much of myself and my craft still to uncover and that I am stronger and more resilient than I thought I was before filming season one of Blood and Water. 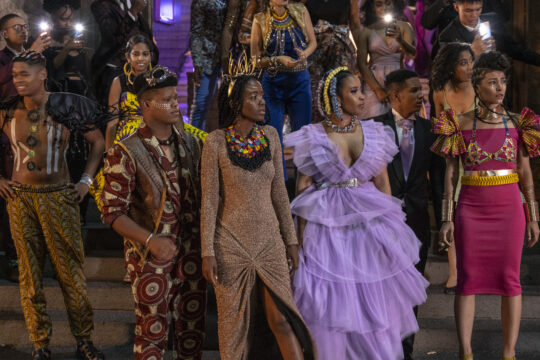 Aside from the characters you play, who are your favourite (if you have any?)

Ama: I really like Wade and Chris. I just enjoy watching their scenes so much. They bring a really light energy to the show.

We know that Black American TV can often dominate programming, so It’s extremely inspiring to see more African teenage girls live their lives and not have the same stereotypical narratives. How does it feel to represent such strong characters on a global scale?

Ama: Yes definitely. It’s incredible and I feel honoured to be part of the people that are shifting the narrative about Africa/African storytellers.

Khosi: It’s incredibly liberating. I feel so fortunate to be part of a ‘movement’ that is changing the narrative and telling stories about people that are also Black and are real and have so many diverse life experiences not limited to any one thing. I’m overwhelmed with gratitude that we get to portray these stories and to hopefully inspire generations to break through the glass ceiling.

Written By: Bashirat Oladele – a freelance writer who enjoys writing about pop culture, entertainment and politics. Her work has been featured in Teen Vogue, Stylist, Cosmopolitan and other publications. For more of her work, check out her blog

All images courtesy of Netflix.