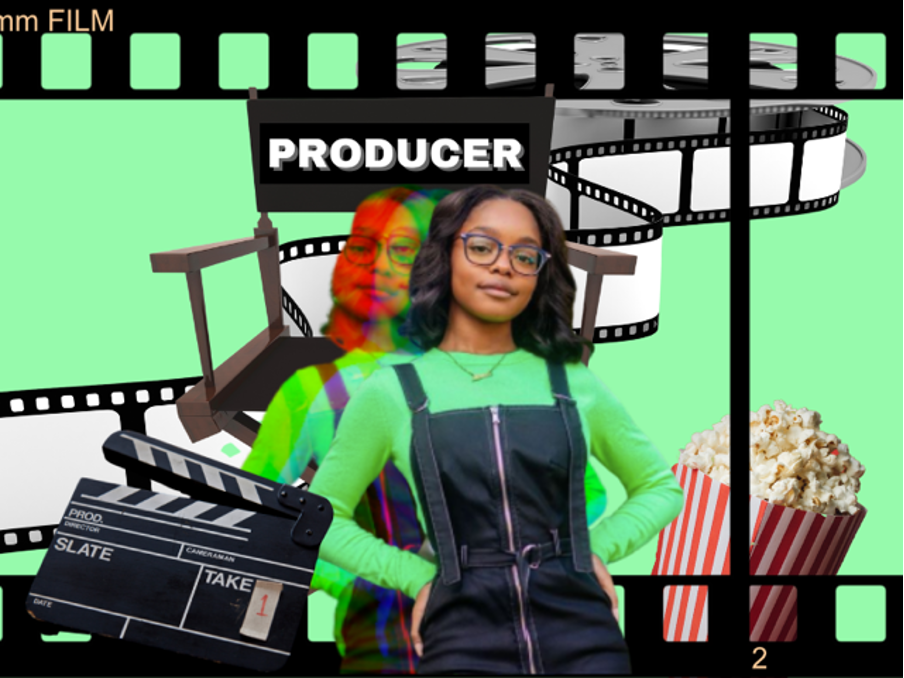 Marsai Martin is the youngest executive producer in Hollywood history for her film ‘Little’, produced under her production company Genius Entertainment. Now, the Black-ish star has committed to a ‘No Black Pain’ policy for her production company’s cinematic and television projects. She has recently announced that she will be executive producing and starring in a Disney comedy series called ‘Saturdays’, detailing the escapades of a teenage girl who loves to roller skate but also lives with sickle cell disease. This will be the first time on Disney where the lead role will be a Black girl depicted with a chronic health condition.

The portrayal of Black Women in film and tv has been showing signs of progression with more women being cast for main roles. For example, ‘Dear White People’ and Simona Brown playing the role of Louise in the recent Netflix hit ‘Behind Her Eyes’.

However, the issue of colourism continues to hinder this progress as darker-skinned Black Women are removed from the forefront of these stories. In ‘Fresh Prince of Bel Air’ for example, the replacement of ‘Aunt Viv’ from dark-skinned actress Jane Hubert to Daphne Maxwell Reid aka light skinned Aunt Viv. For the 20 year reunion, Hubert spoke on her experience after leaving the show and how she was treated in the industry as a dark skinned woman.

“Words can kill. I lost everything. Reputation. Everything. And I understand you were able to move forward, but you know those words, calling a Black Woman difficult in Hollywood is the kiss of death.”

In the 2019 study of representations of Black Women in Hollywood, the report found that Black Women and girls represented only 3.7% of leads or co-lead in the 100 top-grossing films of the last decade. Although the numbers have improved in recent years only 19% of Black leading ladies in the past decade had a darker skin tone, researchers found.

One thing that became clear to me about Marsai’s career is that Black Women have to become the change that they want to see in the world, even at the tender age of sixteen years old. This responsibility of essentially making history, can be both a blessing and a curse.

In conversation with two final year students Hannah Akhalu, studying Acting and Community Theatre and Rochelle Thomas studying Creative Producing, it became apparent that although their degrees differed, the feeling of being misunderstood and dismissed by creative peers during their creative process remains the same.

Regarding her experience of the industry thus far Hannah stated:

“White people and non-Black people often don’t understand the art I like and create which sometimes makes me feel stupid and uncreative, just because they don’t understand my cultural references.”

Rochelle agreed, also highlighting the effects of being the only Black Woman in the room.

“You find your ideas are never deemed good enough because they don’t get it. However, I think especially during the pandemic, I have found a clear structure in what I do with my work and telling myself it’s ok if they don’t get it. It’s not for them.”

During Viola Davis’ 2015 acceptance speech becoming the first African American to win an Emmy for Best Leading Actress she stated, “the only thing that separates women of colour from anyone else is opportunity.”

As the success of ‘Little’ continues to reverberate through Hollywood, and anticipation for ‘Saturdays’ builds, it is clear that stories made by Black Women for Black Women will continue to thrive. They draw from lived Black experiences and nuances that only we would understand.

When asked which Black actresses or producers inspired the girls to pursue a film career despite institutional racism within the film industry, Hannah emphatically identified with British actress and screenwriter Michaela Coel. “She does what she wants, and I love that.” Michaela Coel recently wrote, starred and produced the story of her own dark experiences of sexual assault and racism for her BBC hit drama ‘I May Destroy You’.

An actress who inspires Rochelle is Issa Rae. She praised her career trajectory which started off with humble beginnings on YouTube with the Awkward Black Girls series to the big screen with the success of her TV show ‘Insecure’. Rochelle says she is inspired by Issa Rae’s authenticity.

“I just love how she encapsulates Blackness and the diversity present within our race.”

In the UK, Dionne Edwards, a screenwriter and director is leading the charge for Black women taking control over their narratives on screen. Her short film ‘We Love Moses’, which made its Netflix debut early this March, is told completely from the point of view of Moses’ younger sister Ella. Edwards also worked on Top Boy and focuses her work on projects which amplify the Black British experience.

In an infographic study of Black actors in the UK film industry conducted by the British Film Institute, it was found that 59% of UK films did not feature a single Black actor in any named character role at all.

Although Marsai isn’t the only Black Woman making progressive strides in the film industry, she is one of the youngest as of recent to be actively making change. In an interview with Hollywood Reporter Marsai mentioned her “no Black pain” rule when it came to the type of content she wanted to create.

“If it’s Black pain I don’t go for it because there’s so many films and projects about that, so that’s not who I am. I want to make sure that it is diverse and real in its own way.”

This statement highlights the importance and necessity of being able to see a wider portrayal of Black people whose characterisation goes beyond the stereotypes surrounding the colour of their skin. Full bodied representations of Black people on screen creates room for personality and character arcs to be properly developed on screen in a global context.

The commitment to multi-faceted portrayals of Black people also exists outside of Hollywood. ‘Blood and Water’, a teen drama which follows a Cape Town teen, Puleng Khumalo (played by Ama Qamata) who sets out to prove whether a private school swimming star is her long-lost sister.

Written By: Marvel Kalu – a freelance writer and journalism student at Kingston University of London, who enjoys writing about film, tv and culture. Follower her on Instagram and check out her portfolio