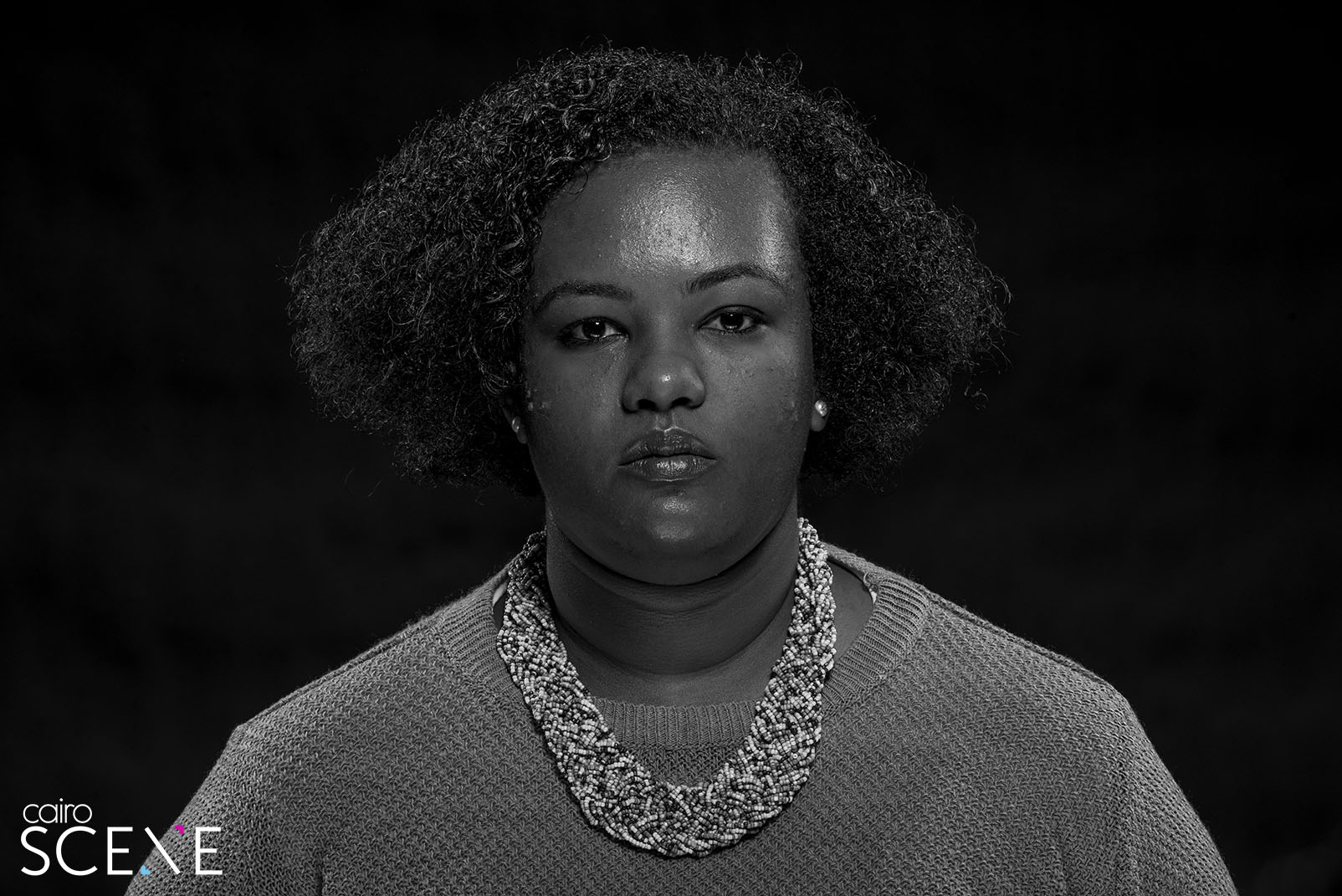 Sexual assault is rampant in Egypt. A United Nations study in 2013 found that 99.3 percent of Women had experienced harassment or violence, naming Cairo the most dangerous city for Women and ranking Egypt second in the world (after Afghanistan) in terms of this issue. According to a Gender-Based Violence Survey conducted in 2015 by UNFPA, around 7.8 million Women in Egypt suffer from all forms of violence yearly, whether perpetrated by a spouse/fiancé, individuals in her close circles, or from strangers in public places. Over one- third (36 percent) of ever-married Women between age 15 to 49 have experienced physical violence since the age of 15.

Getting help is extremely difficult as police officials are reluctant to or disinterested in registering assault cases. Researchers in Egypt have estimated that as many as 98 percent of rape and sexual assault cases are not reported to authorities. When Women do come forward, powerful institutions usually sweep their accusations under the carpet. Even the families of victims, wary of scandal or feeling a misplaced sense of shame, tend to hush it up, or worse, punish Women for the gender-based violence they are subject to. Similarly, racial violence and anti-Blackness are endemic in Egyptian and Arab culture. Black Arab Women are the prime target of sexual crimes, but​ their experiences have wilfully been ignored in wider socio-political conversations.

A mural that reads “Safe streets against harassment,” along a road in Cairo. Photo credit: Amr Abdallah Dalsh/Reuters

2020 was a pivotal year for both the Egyptian Women’s movement and conversations around anti-Blackness in the Southwest Asia and North Africa (SWANA) region. The Black Lives Matter (BLM) protests sparked debates around Afro-Arab identity and racial discrimination – amongst very progressive circles only. Then, more than 100 Egyptian and foreign Women came forward against rapist Ahmed Bassam Zaki. Utilising the power of social media, their accusations birthed the Egyptian #MeToo movement and forced the pandemic that is sexual violence into public discourse. Since then, a new generation of Egyptian activists have been calling out sexual perpetrators and working towards fairer laws to guarantee Women’s safety in a deeply patriarchal state.

In July 2020, Nadeen Ashraf, an affluent 22-year-old philosophy student at the prestigious American University of Cairo (AUC), created the Instagram account Assault Police on which she publicly calls out sexual harassers, having witnessed Women try and fail to raise awareness of fellow student Zaki and being continuously silenced. “I grew extremely frustrated at the adults in our community and their irresponsible blatant disregard of our voices”, Ashraf says, and so, she started her own social media campaign overnight.

Most authorities would not want to ruin a young man’s life over his misbehaviour … In Egypt, money can make a man invincible

Her first post outed Zaki as a predator, and within a few days more than 50 Women had confirmed that he had assaulted, blackmailed, and raped them, too. The hashtags #endthesilence #مش_هنسكت  started trending and conversations around rape culture were taken to the highest levels of authority, into family homes and across university campuses. Zaki has since been sentenced to prison for eight years. His case gave the mainstream Egyptian feminist movement hope that a change in public consciousness is possible. Usually, when allegations arise against men, their reputation is deemed more important than the harm they inflict. Most authorities would not want to ruin a young man’s life over his misbehaviour. When rape accusations first surfaced against Zaki in 2016, his school chose not to act, because he was “days away from graduation”. He was excused, because he is the son of an elite family. His father, Bassam Zaki, held a distinguished position in Fiber Misr, a large technology company with close ties to the government. In Egypt, money can make a man invincible.

After bringing Zaki to justice, Assault Police continued their mission to expose sexual violence. They posted an anonymous Woman’s account of a group of young elite men gang- raping her in Cairo’s Fairmont Nile Hotel in 2014. The victim who was 17 at the time, was pregnant after the incident. Encouraged by an outpour of solidarity online, she filed a formal complaint in July, stating that the men had drugged her and taken her into a hotel room where they filmed themselves taking turns raping her and marking the initials of their names onto her skin. Several witnesses in the case were arrested on drug and debauchery charges in what some human rights activists said was part of a tendency by authorities to prioritise traditional social morality at the expense of Women’s rights. Again, the alleged rapists were sheltered as much as possible, whereas the victim’s story was scrutinized, even though there is evidence of at least one other alleged related rape carried out by some of the men allegedly involved in the Fairmont crime. Other Women came forward to share their own stories of abuse by some of the defendants and were attacked online. As a result of increasing threats, Assault Police was deactivated for a few weeks. In nine months of investigation, 39 witnesses as well as hotel staff, forensic doctors, police officers and others who claim to have seen video footage of the gang rape were interviewed. In May 2021, the prosecution temporarily halted the case, claiming that testimonies were contradictory and that it was difficult to gather reliable evidence six years after the incident.

After the police had confirmed her rape allegations, they attempted to punish her for speaking up, charging her with “misusing social media networks, inciting debauchery and violating Egyptian family values”.

These two landmark cases highlight a number of important intersections when it comes to prosecuting rapists. One anonymous Woman’s accusation was not enough to jail a group of wealthy men. An important aspect of Zaki’s crimes is that they were against Women of his own class; daughters to very wealthy and powerful people. Egyptian activists assert that had it not been other members of the elite attacking him, there would likely have been no repercussions for his actions. Their critique is substantiated by another famous assault case earlier that year in May, when 17-year old Menna Abdel Aziz, a famous TikTok-Star, uploaded a video accusing a male friend of beating and raping her. After the police had confirmed her rape allegations, they attempted to punish her for speaking up, charging her with “misusing social media networks, inciting debauchery and violating Egyptian family values”. Unlike Ashraf, Abdel Aziz is not a privileged Woman with access to relative safety. Speaking out on social media catapulted her into a situation in which patriarchal power structures could have easily sent her to prison, because she lacks protection and wealth, like many others. Class plays a crucial role in the fight for gender equity, Egyptians have long been aware of that, and many consider it the most prevalent factor of inequality today.

While Zaki’s prosecution gave the illusion of hope, forcing a seemingly untouchable man into accountability, Abdel Aziz’ case proved that in Egypt, Women’s Rights do not pertain to all citizens. Women of a lower social class are a low hanging fruit to take down, with the blessing of a conservative, classist society. Her case triggered feminist outrage and a discussion about the intersection between gender and privilege – the poorer a Woman is, the harder it will be for her to claim her rights in the face of male power.

Race as an oppressive social construct, however, has been ignored within these new conversations. In Egypt, Nubian and other Black communities continue to be a target of racist slurs, cultural discrimination, and violent attacks. Within these groups, it is Women who bear the brunt of it. Activists have been speaking out on these issues for years, campaigning and sharing their stories in a silent vacuum of public disinterest. In 2013, Sudanese fashion model Fatima Ali started a blog and shared her experiences with abuse by Egyptian men in Cairo. “Once, I found someone saying as I was walking “Those blacks they are very good in bed and very hot. Here one comes!” […] This goes without saying that he pictures that all black girls are [sic]naturally prostitutes…” She encounters physical violence and hate speech wherever she goes. Her blog became famous enough for a publisher to want to turn it into the book “Diaries of a black girl” and yet her stories were by no means followed by discussions around anti-Black sexualised violence on Egyptian streets. People simply did not care. It is only through the force of BLM in 2020 that societies are struggling to maintain their wilful ignorance of their own local racism. Now, efforts to assert that Black Arab Lives Matter, too, are becoming visible. This finally opens the door for Afro-Arab Women to raise the question of how to have conversations in which Black female voices are not separate, but rather a centralised part of the wider discourse around liberation in the SWANA region.

Despite these high profile cases, victim blaming is still the most common answer to rape allegations, both in courtrooms and wider society. In the Fairmont Case, the victim was widely blamed, because she admitted that she had been partying with the men before they raped her. Vaguely-worded charges related to family values and public morals are often in the Egyptian legal system against Women like Abdel Aziz who challenge patriarchal violence, directly undermining attempts to prosecute attackers and instead forcing responsibility on the victim. Most commonly, harm is inflicted by intimate partners – spouses, family members, dating partners, or acquaintances – which leaves little space for the abused to speak up. Organisations like EMPWR MAG or The Egyptian Initiative for Personal Rights (EIPR) are working to break the stigma and shame around abuse by providing free mental health services for survivors and free legal support for those who dare to take their assaulters to court. While it is great progress to offer support to individuals, effecting structural change is proving to be much more difficult as humanitarian organisations are rare and without resources. Even scarcer than initiatives for Women’s Rights are organisations that work at the intersection of Women’s Rights and race.

In order to become a movement for all Women, #MeToo needs to join forces with anti-Blackness campaigns and become aware of its class dynamics, so that Black Arab Women stop falling through the cracks. Following in the footsteps of Fatima Ali, activists like Fatma Sakory, Colette Dalal Tchantcho and Sara El Hassan are pushing for visibility of Afro-Arab identities, exploring Black Arab histories and womanhood between inclusion, reconciliation and discrimination.