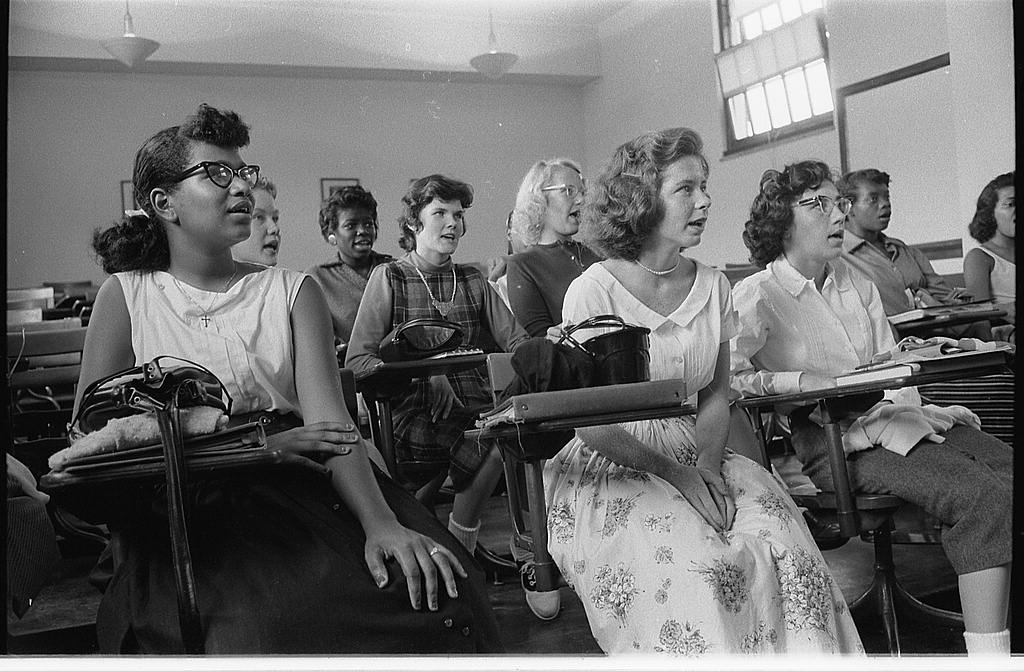 Facing The Facade is a 1994 documentary by Jerald Harkness, about the educational and personal experiences of Black students on Indiana University’s predominantly white campus.

I caught up with three women who were in the documentary, Professor Dr Kimberley King Jupiter, life coach Dara Randolph and teacher Tia Cavannaugh Goggins as we discuss issues of sexism, the idea of separatism and multiculturalism in America and the adultification of young girls.

Abigail Yartey (AY): Dara Randolph, how did you come to get involved in the documentary?

Dara Randolph (DR): So I can say that, I was approached by Jerald Harness, the director who knew of me as a student leader on campus, and he was putting together this documentary that he said, was going to look at my experience as a black student at Indiana University in Bloomington, Indiana, and so he had a list of questions and we literally just worked through the questions.

He asked me to pull together any articles… or symbols of my time at school which I had participated in; a couple of pageants, scholarship pageants, as well as part of the African American dance company, I had run for office in the Indiana University Student Association, I had been director of Women’s Will so I had several newspaper articles in the Daily Student and I pulled together all those articles and the yearbook. I pulled together all those articles and put them together as part of my profile.

I was ecstatic that he asked me because I thought it would be a great film that could be shown to eleventh and twelfth graders who were considering coming to Indiana University or any predominantly white university, really. As well as current students at IU, I thought that it would be helpful for freshmen and really any grade, because for some students – black students it took several years to realise, ‘Hey wait a minute this is not going so well, and I’m not sure why it’s not going so well’ and I think that the different profiles reflected in that documentary show several different angles of the black college experience.

AY: Kimberley. If I can just ask you, how you came to be involved in the documentary, Facing the Façade and where it kind of started for you?

Kimberly King Jupiter (KKJ):  So, if you look at the people who were showcased I was actually the only graduate student.  At the time of the documentary I was working on my PHD.  So I had already had an undergrad experience at a liberal arts college that sort of helped me see as a first generation college student, how to be an activist,  like my mother – but I didn’t think about it that way. Then when I got to graduate school, there were so many…it was like a long list of racial incidents, we were giving them tag names.. and that brought me into a relationship with Pete Pletcher who is also highlighted in the film.  So essentially by the time it was filmed, we had already marched on the president’s house and the black student taskforce had been created and I was already writing a column for the Daily Student, so I think to hear Jerad talk about it when he decided to do the documentary, that’s how my name came up because I was in the thick of stuff in terms of activism.

AY: …and Tia, if I can just ask, how did you became involved in the film, Facing the Façade…

Tia Cavannaugh Goggins (TCG):  Okay, so I think at the time that Jerald did this project I was already in graduate school, but I was a friend of Jerald’s from childhood, he lived in the neighbourhood with a close relative of mine so I had known him throughout the years growing up but we had lost touch and came back in touch through IU and I think he just asked me, because at that time I just didn’t fit the typical mould of the African American student. These guys, my colleagues were wonderful advocates, and they were out there, and you know, they were known and seen, whereas I was pretty much under the radar. And it has to do a lot with the topic that we’re speaking of, I think he just asked me to be involved just to bring a different perspective.

AY: We’re often told that we’re living in a multicultural society in Britain. This has been criticised quite a lot.  Where would you say America is in terms of integration, inclusion and multiculturalism?  Kim?

KKJ:  The US version of multiculturalism is the melting pot, and if you put a bunch of stuff in a melting pot it’ll all eventually taste the same that’s not what diversity is supposed to be about.

I should be able to coexist without being brutalised by the police and without having to assimilate in order to make people happy or more satisfied.

Having spent some time in the UK and also living in the U.S. and having had the opportunity to travel to Africa, there seems to somehow be this notion that we need to be the same and we can’t visually be the same and that’s the real challenge in the US because the reality is we can’t visually be the same…..When you look at certain populations in this country, we are visually and distinctively different, and that leads to a whole different set of experiences in this country and some of them are not pleasant.  So the question you ask about, “are we a multicultural society?”  No. We’re voyeuristically a multicultural society in the sense that you ask the average person where they’re clothes are from and they’re from all over the globe, you ask what kind of food they enjoy, and it represents all ethnicities, but if you ask them who comes over to their house, who their kids play with and who goes to their church – they’re racially segregated.

Listen to the full audio here

Written By: Abigail Cleo Yartey – a writer and activist, who currently works for the British Film Institute. Follower her on Instagram and Twitter @ValleydelaDolls