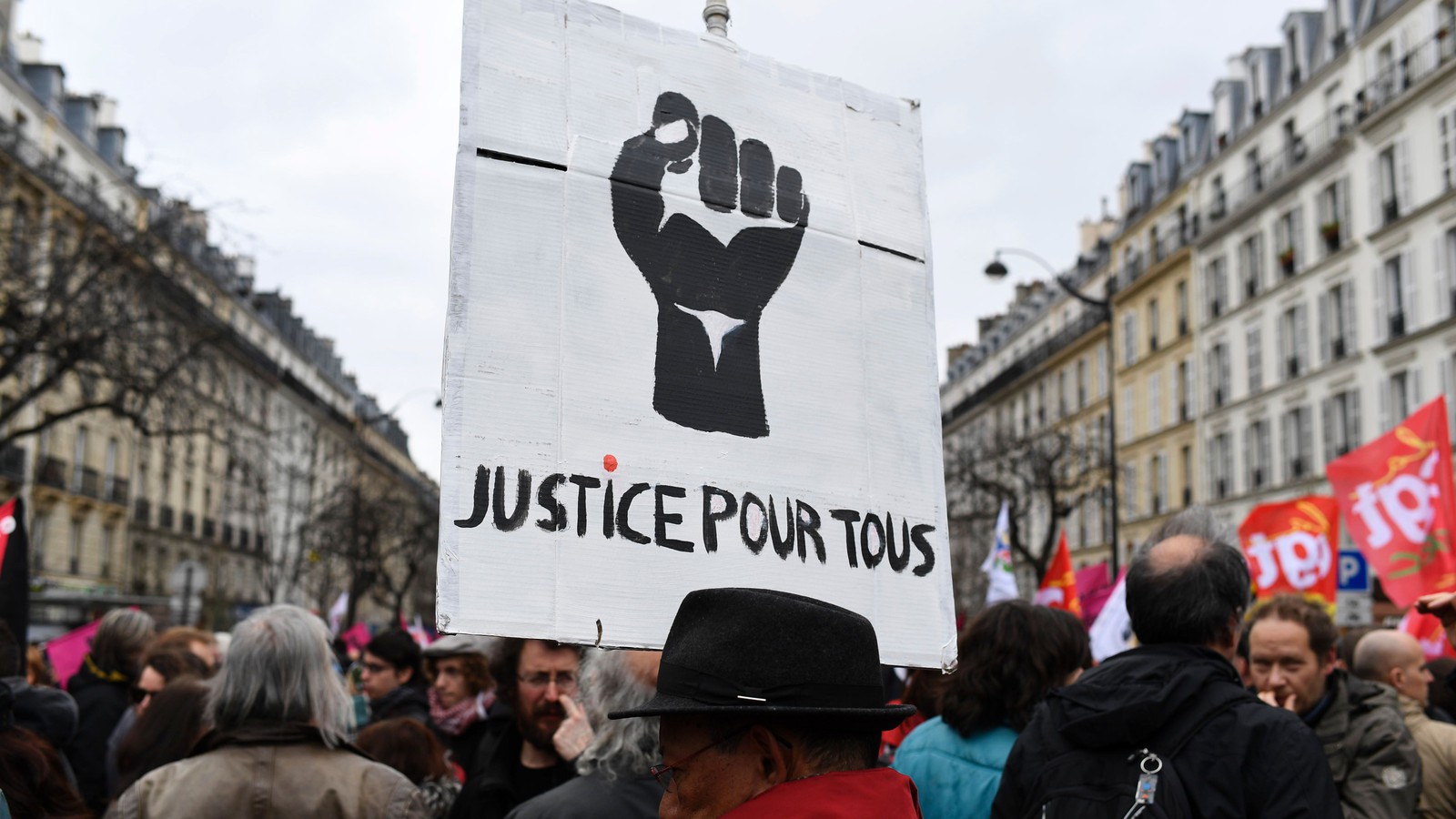 Racial Justice in Europe: A Black Woman’s Perspective on the UK and France

Racial Justice in Europe: A Black Woman’s Perspective on the UK and France

In January 2019, I relocated to the UK from France to find new career opportunities that I had been deprived of, as a French-Rwandan Woman, despite my qualifications. To the non-French reader, this may seem like a peculiar choice. However, several French Black and Arab professionals perceive the UK as a meritocracy where skills and hard work can undo racial prejudice. While I recognised that racism, which is inherent in any predominantly white society, would be an issue, the question was how it would show up.

“I quickly realised that, just like France, the UK is more invested in not appearing racist while upholding white supremacist ideology”

I quickly realised that, just like France, the UK is more invested in not appearing racist while upholding white supremacist ideology. Activism within grassroots networks and social media enabled protestors in the UK and France to strike back against national denialism, launching campaigns such as #TheUkIsNotInnocent and #BLMFrance, which profiled French and British victims of systemic racism. In turn, these governments continued to find creative ways to deny these harsh racial realities.

France’s tool of choice has been erasure. In a country where universalism is so deeply embedded in the culture, assimilation – disguised as integration – is the only acceptable model for social cohesion. In 2018, the word “race” was removed from the French Constitution. In 2017, then-presidential candidate, now president, Emmanuel Macron, was forced to backtrack his comments about France being a diverse society, following an outcry from the far right. He went on to state that he does not believe in multiculturalism. Additionally, the French government is not allowed to carry out statistics based on race or ethnicity, yet still claims to want to solve the problem of racism. How can one solve an issue that one does not name?

These encouraged processes of cultural and racial erasure create a repressive infrastructure for anti-racist resistance. For instance, 2016 saw the death of a 24-year-old, unarmed, Black man, Adama Traoré, which launched an independent medical report amid official claims that he had died of heart failure. The investigation found that he had actually died of asphyxiation. Since then, Traoré’s siblings, Bagui Traoré, Ysoufou Traoré and Assa Traoré, have all been subject to a series of sustained legal attacks for daring to fight back. The former two have been in prison since 2019 on drug trafficking charges. Meanwhile, Assa Traoré was found guilty of a break of presumption of innocence in March of this year for the J’accuse letter she posted on her social media in 2019 – a reference to the famous Emile Zola’s open letter of 1898. In her letter, she named the police officers involved in her brother’s arrest and explicitly accused them of murdering her brother. She is currently on trial for defamation.

Seeing the concerted efforts of the French judicial and media institutions target the victim’s family, one cannot help but draw a parallel with the Police, Crime, Sentencing and Courts Bill, which has sparked protests under the #KillTheBill banner throughout the UK. This bill will serve to place significant obstacles to freedom of speech and assembly, implementing measures such as a 10-year prison sentence for damage to memorials. Such action clearly comes as a direct response to the toppling of the slave trader Edward Colston statue in Bristol in June 2020. In turn, it functions as an obvious retaliation to resistance from typically disenfranchised communities.

Black feminist organiser, Aflo, had this to say: “Protesting has made significant change over history. As a woman, I may not have the right to vote without it. In terms of fighting for social change, we’ll be blocked because the Police, Crime, Sentencing and Courts Bill gives the police the powers to disrupt anything that may cause an impact. Impact is how you get change and how we fight for equality. Being scared to make an impact is a frightening world to live in”.

“I left France to escape the wilful invisibilisation of Black Women, only to fall into the open arms of a British wolf in sheep’s clothing”

Amid this tense climate, the government published the Sewell Report – a 258-page document effectively denying the existence of institutional racism in the UK by explaining away the racial disparities as individual failures when it comes to poverty, education and health.

In the report, “family breakdown” is highlighted as one of “the main reasons for poor outcomes”, an old, sexist, racist trope that experts trace back to the 1965 Moynihan Report in the US. It paints Black matrifocal families as inherently unable to provide stable environments for children to succeed. Regarding education, the enquiry applauded the “immigrant optimism” of “some of the new African communities” while positioning “their Caribbean peers” in direct contrast in a thinly veiled attempt to disparage the latter group. When it came to health disparities, the document attempted to place blame on the victims, citing the Black community’s mistrust in the system and lifestyle choices without identifying why. In 2020, Public Health England issued a study that determined “Historic racism and poorer experiences of healthcare or at work” as key reasons for suspicions and lower healthcare outcomes.

The Race Report was met with intense backlash from Black Britons, especially among grassroots organisers, who have dubbed it “deeply troubling” and “disturbing”.

Both France and the UK are deeply invested in appearing non-racist while perpetuating the white supremacist ideology they were built on. While the UK at least pretends to offer space for real discussion, the French State attempts to institutionally erase and bully Black Women into complete silence, eroding away our identity, opportunities and ability to hold space for each other. After two years in the UK, I am getting my voice back and discovering what belonging to a community means, away from the “Liberté, Égalité, Fraternité” lie I was fed by a regressive, repressive system that will not rest until we are all empty shells.

Written By: Laurentine Insonere Amaliza – having moved to the UK from France in 2019, Laurentine writes about racism and Black feminism. She is the Host and Creator of the Podcast Culture Flow

Header Image: Protesters attend a demonstration against police brutality and racism in Paris in 2017. (Christophe Simon/AFP/Getty)