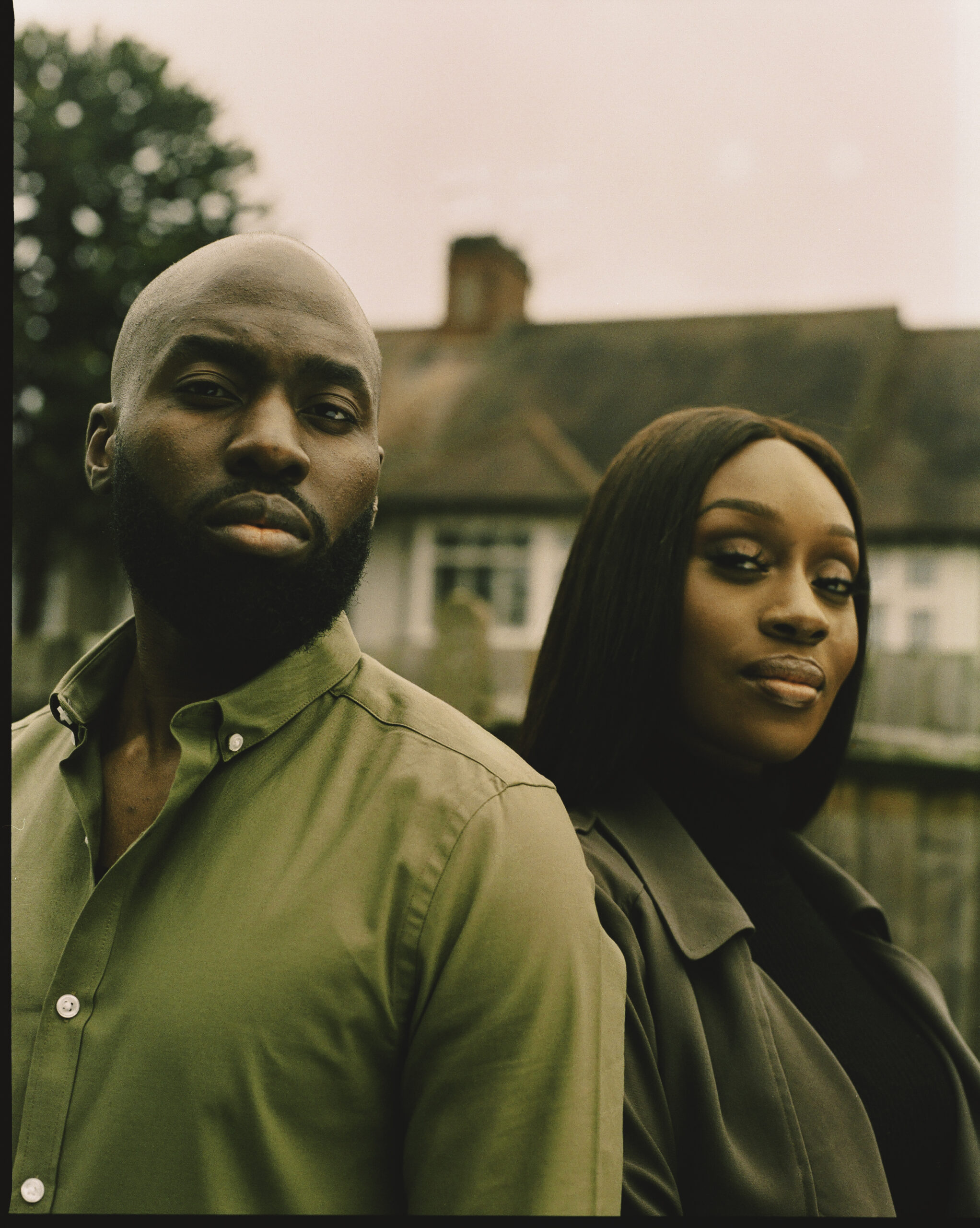 Being Black and British in white majority spaces in the working world entails a myriad of challenges. While the world endeavours to become more inclusive, and businesses strive to eradicate discrimination in the workplace, there are still societal stereotypes that can hinder the progression of Black professionals.

Twice As Hard is an exploration of Black identity in the workplace as well as a blueprint for success, written by entrepreneurial husband and wife team Raphael and Opeyemi Sofoluke – featuring contributions from industry leaders including Mathew Knowles, Trevor Nelson MBE, Bianca Miller-Cole, Charlene White and Munya Chawawa.

Their debut book exposes the obstacles that limit opportunity for Black professional progress, how to challenge racial stereotypes, be productive, find purpose and ultimately design a successful career. I interviewed both authors, who have experienced first-hand what it is to be Black in the working world, and the adversities and prejudices that many can be faced with.

Opayemi works in Technology as the Lead Regional Diversity and Inclusion programme manager at one of the top 4 tech companies in the world.

Opayemi: I was born and raised in South London. Primary school was quite diverse. There were definitely more white teachers and staff. I do recall at one stage in primary school having a Black headteacher. And that was the first time I felt like I had someone looking out for me. But aside from her, in terms of primary school teachers, it was quite white.

Raphael: In my primary school, I grew up in Surrey Quays, in the middle of Bermondsey and I was one of four Black boys in a class of 30 and there was one other Black girl in my class. So, I grew up in predominantly white places. Bermondsey was a very racist area. I have childhood memories of being chased by big men with dogs. It was really crazy times. However, I can’t say I suffered racism in my primary school. I really enjoyed it. But it’s only looking back now it’s like wow; I really was one of four Black people in a class of 30. I had no Black teachers in my primary school. Going to secondary school I was probably one of seven in the whole year. I remember there would be days where I had to not go to school because we were told there was a National Front March in the area. My college was predominantly Black at SFX. And then for university, I went to Hertfordshire, which was a lot of Black people too.

What was the transition into the working world like?

Raphael: I think it was a huge difference. After coming from predominantly Black spaces in college and university and then getting into the working world, it’s essentially a white world. You’re coming into teams and you’re the only Black person there. Suddenly, it comes with all the added pressures of challenging those stereotypes. And, of course, the impact of imposter syndrome.

The concern I had in my mind was, how do I make sure I stand out for all the right reasons. A lot of what we face as Black Women, or even Black professionals, is that feeling of the need to code-switch

Opayemi: I think what you find is that when you’re at uni, you have a choice in terms of who you surround yourself with. You choose who you spend the majority of your time with. But making that transition into the working world is a wake-up call – you don’t have much of a choice of who you work with because you’re put into a team, right? So, that transition into the working world I really knew that I had to be intentional about how I was seen. And as one of a few Black Women who went onto a graduate programme, straight away I knew I stood out. The concern I had in my mind was, how do I make sure I stand out for all the right reasons. A lot of what we face as Black Women, or even Black professionals, is that feeling of the need to code-switch. I remember I was on the phone with my friend at work once and a colleague came up to me, and I responded to my colleague and then when my colleague walked away and I continued the conversation with my friend, she was like ”Ops, the way you switched up your voice”. We laughed about it, but it was crazy because I tried to polish the way I sounded, not even realising I was doing that. In Twice as Hard we focus on navigating white spaces. How do we deal with the stereotypes; how does it make you feel that you have to change your behaviour?

How and when did you come up with the concept of the Twice As Hard Book?

Raphael: We started discussing the book in December 2019. I have an agent who does my speaker bookings and we started speaking about different ideas and I wanted to write a book. I didn’t know yet what it would be about. And then I was speaking with Opayemi about our experiences in the working world and how it is twice as hard. Coming from different points of view, we were thinking of Opayemi as a Black Woman, she goes through a different experience to me as a Black Man. And as I had some experience in the entrepreneurial world, and Opayemi has some great experience in the corporate world as a Diversity and Inclusion leader, we thought wouldn’t it be amazing to make a book and create something that we needed when we were growing up? A guide for professionals and entrepreneurs, to be able to navigate white spaces and learn the best skills on networking, personal branding, mentorship.

You have a lot of contributors from Ray J, to Charlene white. Why was it important for you to reach out to people like this for this book?

Opayemi:  When it came to the contributors, Raph and I sat down, prayed to God and thought who do we want to speak to? There are so many Black professionals and entrepreneurs killing it. So, we targeted people in the business sector, comedians, tech, entertainment. For us, it was really important to show the breadth that exists across our community. So, we have people like Munya Chawawa, Inua Ellams, the list goes on. Speaking to the contributors was such a valuable experience. Because some people had been in this game for 50/60 years. And others were new to the scene. Maybe they’ve been in the industry for 5/6 years, but all these journeys have been impactful. So, there were lessons we could take and share with our readers.

What is the format of the book? Is it a Q&A or stories weaved throughout?

Opayemi: It’s definitely stories weaved into the book. It’s like a seamless conversation – as Raph and I talk of our experience, we weave in the thoughts of our contributors.

Opayemi: Twice as Hard is for everyone. For the Black community, it’s a toolkit on how to navigate these white spaces and continue to shine. But for anyone outside of that, this book is there to educate and inform. So, we would say to anyone who is wondering is this book for me? Absolutely. If you are someone who would like to learn about our experience or needs guidance on your career; this book is 100% for you.

You can order Twice as Hard: Navigating Black Stereotypes and Creating Space For Success by Raphael and Opayemi Sofoluke here