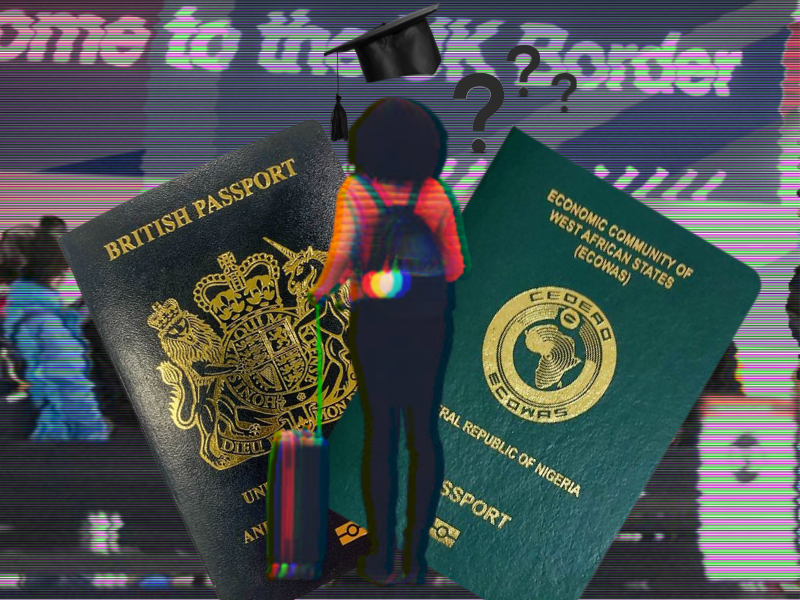 Should I stay or should I go? The post-graduation conundrum

Should I stay or should I go? The post-graduation conundrum

Last month I turned 20. Surprisingly, entering my twenties doesn’t seem like such a big a deal anymore. Just a few years ago, I was set on having a 2000s themed party packed with nostalgic memorabilia to celebrate and commemorate the end of my teens. In this idealised image, when the time finally came for me to cut my cake, my friends would gather around cheering me on, and the chorus of SZA’s 20 Something would play in the background, a sign of me becoming a real adult as I blew out the candles. However, recently, I’ve been thinking less about the day’s events and more about what comes afterwards.

I’m legally obliged to leave the UK when my student visa expires. This impending reality has made me reflect more acutely on whether I want to return to Nigeria, or permanently reside in the UK.

Whilst weighing up my options of living here, and considering the potential opportunities for growth and financial stability, thoughts of losing my cultural identity began to plague me.

Disconnecting from my culture doesn’t mean purposefully leaving myself behind, and rebranding as someone else. Rather, it acts a as a trigger for a broader and much more gradual generational severance, whereby, if I stay in the UK, I become part of the coveted ‘hyphenated-Nigerian class’.

According to the Office for National Statistics, 114,000 people hold Nigerian citizenship. From June 2020 and August 2021, 20,427 student visas were granted to Nigerians according to the Home Office (an increase of 125% from the previous year). Moreover, Nigeria is also ranked as one of the top nationalities with students switching from a Tier 4 student visa to a Tier 2 work visa at 5.8% in 2017, a figure likely to increase significantly with the July launch of the government’s post-study work visa for international students.

For a number of students and graduates, acquiring such visas is the first step in their journey towards citizenship or permanent residency in Britain, as they flee the stress of graduate unemployment, and the never-ending weakening of the Naira back home. This migration of skilled Nigerians has contributed to a well-documented but difficult to reverse brain drain from the Nigerian economy, particularly visible in the nation’s health sector whereby in 2019, Stears Business reported that more than half of the 72,000 doctors registered with the Medical and Dental Council of Nigeria practise medicine abroad.

Moving to the UK permanently is hardly a bad thing. In fact, I’m probably one of the first to complain about the limitations and inconvenience of travelling as a green passport holder. A significant population of us continentally based Nigerians aspire to be hyphenated Nigerians (1 in 3 Nigerians have considered relocating abroad or as we call it ‘japaing’).

Even though I identify as Nigerian, going to boarding school outside the country as a young teenager has at times made me feel like a cultural outsider or ‘Nigerian-lite’. When family members and acquaintances hilariously recount stories about encounters with teachers or strange occurrences particular to Nigerian secondary school and university culture, I’d laugh along, but at times am so confused or taken aback by the sheer craziness of the situation. Simultaneously, because I’m an inbetweener (no, I don’t mean the sitcom), I resonate with some quintessential experiences in British school culture and portrayals of coming-of-age, but can’t fully see or hear myself in Black British African narratives.

So, is this unease about permanently settling abroad completely irrational or somewhat relatable to immigrants everywhere? I think it is.

A Singaporean friend of mine and I once bonded over this topic of cultural dilution. Growing up as an ethnic minority in a western country can for better or worse, make one only ever see their culture in relation to the dominant one around them. They feel burdened by the need to constantly justify, over explain or minimise their experience. I remember she said, “It’s a consequence of wanting to reconcile your double identity and seeking affirmation from the new community.” I’ve met and am friends with so many British Nigerians who are deeply rooted in their culture, sometimes even more so than those born and bred sons and daughters of the soil. On the other hand, I’ve also encountered those so far removed from Nigeria that they represent and relate to what they describe as solely “their parent’s culture” through caricatures in a haze of shame.

Migration inevitably changes our relationship to our culture and roots, often subconsciously weakening some aspects and amplifying others even if we aren’t initially aware of the shift. Think about when an Americanised Ifemelu returns to Lagos in Chimamanda Ngozi Adichie’s Americanah and is teased by her friend for seeing Nigeria through her new American-tinged lenses. Or even the accusations that often populate Twitter about famous celebrities of Nigerian descent who primarily reside in the West using Nigeria as a gimmick.

Perhaps it’s unfair and even selfish of me to speculate about the lives of my potential future family with this one decision, about whether to leave or stay in the UK. So, maybe I should stop seeing this decision as totalitarian and definitive of what’s to come.

People much older and wiser than me are still trying to figure out their own complicated identity conflicts. If you have any advice or reflections on the topic, I’d love to hear it. I’ll continue to contemplate this conundrum,  and cross my fingers while SZA sings, “God Bless those 20 somethings” and “Good luck on them 20 somethings.”