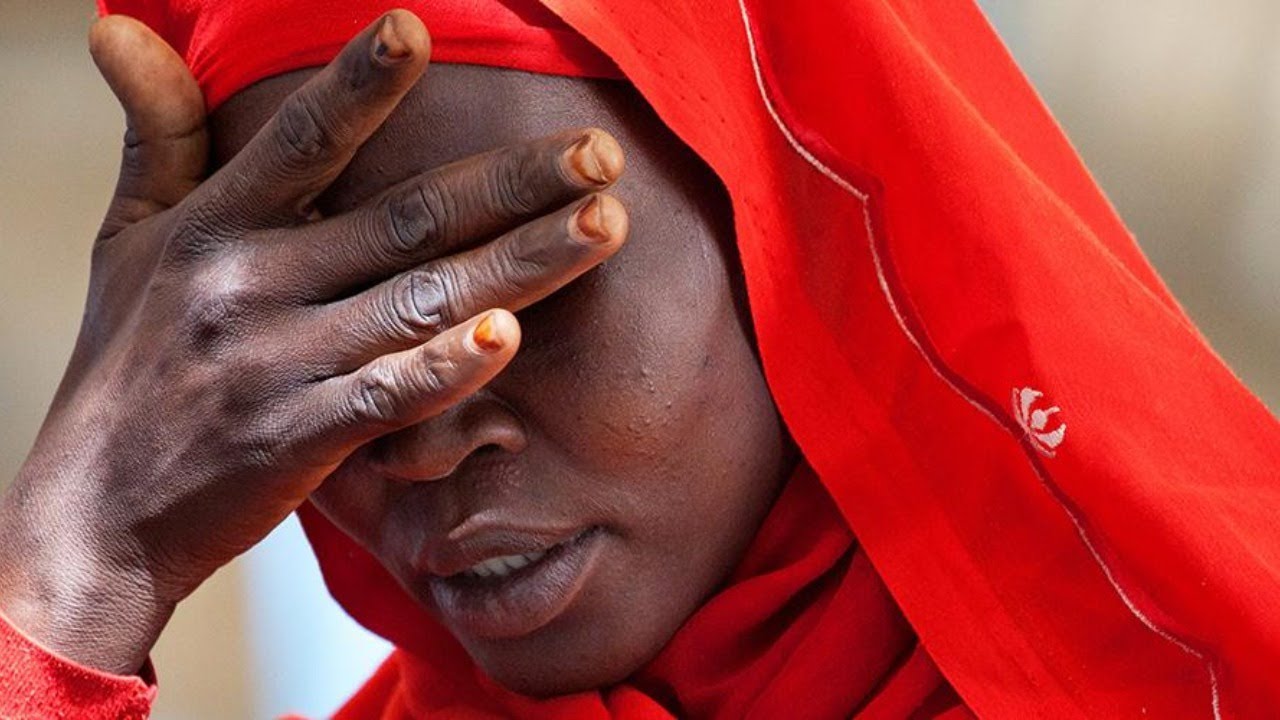 It has taken a global pandemic to shed some much-needed light on a longer-standing endemic. One that has stolen many lives, with many more living with the scars it’s borne across generations. Since the COVID-19 global health crisis began, gender-based violence has been labelled “the shadow pandemic.” Yet deeper still, is an element that is often left on the periphery: conflict-related sexual violence.

In 2015, the United Nations General Assembly marked 19 June as the International Day for the Elimination of Sexual Violence in Conflict. A call to raise awareness and put an end to conflict-related sexual violence, honour sexual violence victims and survivors around the world, and to pay homage to those who have lost their lives and dedicated their efforts in the fight against these brutalities.

The term ‘conflict-related sexual violence,’ as it is presented in the latest UN Secretary General’s report, refers to rape, sexual slavery, enforced sterilisation, forced prostitution, pregnancy, abortion, marriage, and any other forms of sexual violence of comparable gravity perpetrated against Women, boys or girls that is directly or indirectly linked to a conflict. This also includes human trafficking in situations of conflict. Sexual violence is gravely underreported and in situations of conflict, the trend follows with practitioners’ approximation of 10 to 20 cases going undocumented for every one that is reported.

The report further shows that during the 2019 reporting period, the Democratic Republic of Congo had 1,409 documented cases of conflict-related sexual violence, 365 in Colombia, 322 in Central African Republic, 224 in South Sudan, 220 in Somalia, 191 in Sudan and 27 cases in both Afghanistan and Mali. In Yemen, Myanmar, the Syrian Arab Republic and Libya, reporting remains highly restricted due to ongoing hostilities and restrictions on humanitarian actors.

In 2019, the United Nations issued a resolution against sexual violence in conflict. While it was largely welcomed, the Trump administration threatened to veto the resolution; citing its language on reproductive and sexual health as implying support for abortions and its use of the word “gender” as a thinly-veiled promotion of transgender people’s rights. The phrase read: “Recognising the importance of providing timely assistance to survivors of sexual violence, urges United Nations entities and donors to provide non-discriminatory and comprehensive health services, in line with Resolution 2106.” It was later removed to appease the US.

In situations of conflict, Women’s bodies become an extension of “territories” to be conquered. Their very beings are weaved into the tapestry of a community, then instantly exploited so severely, that they become a site of dismembering.

Sexual violence is a horrific, incredibly damaging injustice that is, when perpetrated as a weapon of conflict, designed to not only violate the physical, psychological, and economic health of victims and survivors. But to tear down the very communities in which they are located. Even when gender norms and roles are entirely polarised and Women have limited decision-making power, they often bear the cultural identities of their communities. They provide the social and cultural well-being of generations to come and are looked to for the preservation of those traditions and cultural practices that define their ethnic and cultural groups.

However, in situations of conflict, Women’s bodies become an extension of “territories” to be conquered. Their very beings are weaved into the tapestry of a community, then instantly exploited so severely, that they become a site of dismembering. In the aftermath of sexual violence, women and children may be further displaced and isolated. And in a bid to re-assert cultural identity, other human rights violations (such as female genital mutilation) may resurge or become increasingly entrenched.

Covid-19 has only highlighted just how deep the waters of sexual violence in our society runs. How deeper still, those waters run in situations of conflict

Scholars and activists have also highlighted that sexual violence in conflict is a readily available and highly effective weapon with strategic benefits: it instils fear in civilian populations, dismantles the morale of the enemy, removes populations from contested territories, and may function as a form of institutional reward for combatants.

Before the Covid-19 pandemic, 243 million Women and girls aged 15 to 49 had reportedly experienced gender-based violence, across the globe. Since the pandemic, this has intensified significantly. Gender-based violence is already a root cause of sexual violence in conflict, and likely increased exponentially during this time too. Ongoing lockdowns and isolation with perpetrators, heightened concerns about health, security and money, restrictions around movement, and the repurposing of crucial facilities such as shelters and clinics has created more stringent barriers to emergency and sexual/reproductive health care, as well as limited access to reporting and justice mechanisms. Further, detention facilities, displacement settings and remote rural areas in which conflict-related sexual violence occurs may have been monitored prior to the pandemic. However, this has reduced significantly, and thus compounds an already dire issue.

It has now been more than ten years since the United Nations acknowledged that it is “more dangerous to be a Woman than a soldier in an armed conflict.” Yet the sentiment remains. Sexual violence was a pandemic long before Covid-19 began. Considering the UN/US scuffle over language, Covid-19 has only highlighted just how deep the waters of sexual violence in our society runs. How deeper still, those waters run in situations of conflict.

Cover image of the 2021 UN report, led by a team of experts on conflict-related sexual violence

Reproductive health rights cannot be separated from conflict-sexual violence. And if the United Nations, its entities, and donors are indeed devoted to eradicating violence against women and children, then access to sexual and reproductive healthcare must be at the forefront of the agenda.

Policies, resolutions, and progress reports may be the skeleton around which action is carved. Now more than ever though, it matters too what happens in the time that passes after they are drawn. All around the globe, depending on the efficiency of vaccine rollouts, some semblance of “normality” is beginning to slowly return. But as many of us have learned over the past year and a few months, normality was not ideal. If anything, where sexual violence is concerned, our former sense of normality is calling for us to respond with just as much urgency and fervour – if not more!

Resolution 1325, which was unanimously adopted by the United Nations Security Council in October 2000, recognised that while Women bear the brunt of conflict, they remain underrepresented in peace operations. The panel stressed the crucial role of Women’s participation in international peace and security processes, included Women from various parts of the world who shared their experiences of working in conflict situations, and has advocated for the development of initiatives wherein Women’s leadership and participation is institutionalised. If you are in a position to get involved, monetarily or otherwise, some organisations that you can reach out to include: Dr Denis Mukwege Foundation, Nadia’s Initiative, The Korean Council’s Butterfly Fund and Women for Women International. Each of these is led by Women and specifically supports victims and survivors of conflict-related sexual violence.

Written By: Tšhegofatšo Ndabane is a South African based health and wellness writer. Her primary interests include mental health, indigenous food & nutrition, and social justice. You can connect with her on Instagram.