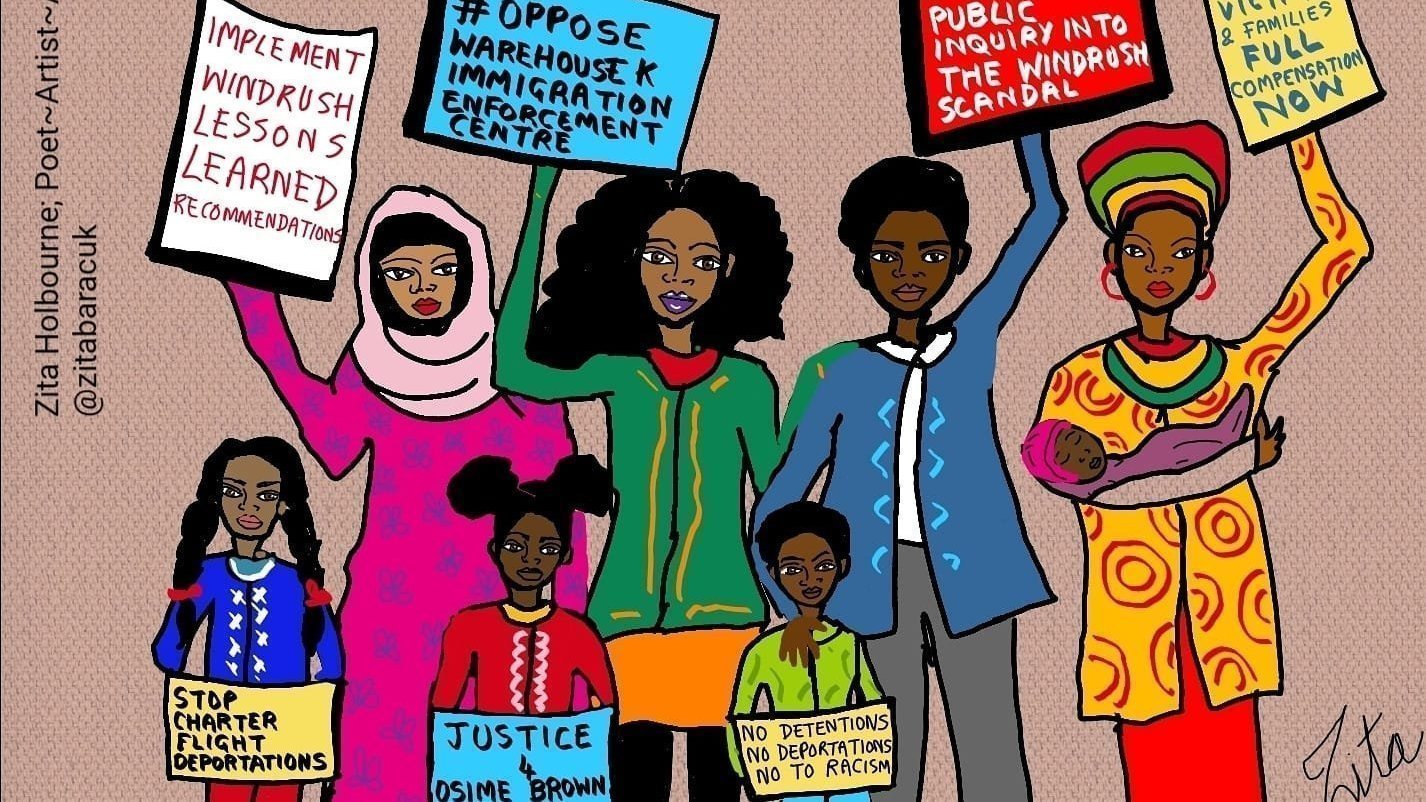 The car stuttered to a halt as its internal machinery hesitantly stopped on the cold hard ground. “Why have you taken me here?” We both cried as we looked up to the barbed wire that demarcated the broken atmosphere. In front of me stood a vomit-coloured building stained by the people on the inside’s forced purge of this nation. Or maybe the nation was purging them, and some of the sick had just stuck to the walls. Either way, 11-year-old me felt discomfort being here.

It wasn’t until recently that I discovered what that building was called. At the time, I didn’t even know what it was, but I found out a few years after visiting. Visiting? Visit? Can you even call it that? More like we were dragged there by a state that didn’t fully recognise us.

Last month, it was announced that 150 Zimbabweans would be ripped from the land on which they lived. Within this group were people that had been living in the UK since childhood: they were parents, friends, wives and husbands, and they had made a home here. None of this mattered. In Priti Patel’s eyes, they were just criminals that had festered on British soil, outcasts who spoke in strange sounds, and they definitely were not worthy of St George’s country.

I was looking at an article about the deportations a few weeks ago, and it showed an image of the detention centre where many of the Zimbabweans were held. The picture glared at me on the screen, stabbed me in the eyes, with the blade plucking down on the strings of my emotions. Colnbrook Detention Centre. That’s where I was that day. That’s where I stood. That’s where they detained my brother.

Colnbrook immigration removal centre, which opened in 2004, is located close to Heathrow Airport

My brother was deported to Zambia 12 years ago after a minor conviction which led to an 18-month prison sentence. The timing was violent. The year my brother went to prison was the year that Tony Blair introduced the UK Borders Act 2007. This law meant that any migrants from outside of the EU who were sentenced to at least 12 months in prison could be automatically deported on release.

He was 6 when he arrived, 21 when he was sent back. But none of that mattered. The government didn’t care if you spoke with a British accent, went to a British school, gave money to the British state. They didn’t care that all he knew of Zambia was childhood memories and short family visits. They didn’t care that his brother, his sister, his mum and his dad all lived here. Nope. He was an enemy of the state. Ha! More like a product of this racist system that battered him, waiting callously for any reaction.

It’s the same UK Borders Act 2007 which Priti Patel used to justify the Zimbabwe deportations. Fortunately, due to the storm of resistance against them, the flight to Harare, scheduled for the 21st of July, only took off a third full. One may say this is a victory, and it is for the families of those that were saved – well, a small victory – but it’s also only a drop in the ocean. The Conservatives have planned more deportations before the summer’s out. With the new Nationality and Borders Bill passing its second reading in the House of Commons a few weeks ago, the future for migrants, refugees and asylum seekers looks more and more oppressive.

“Plans for mass deportations to Zimbabwe continue, rather than initiate, a trend of ‘conditional citizenship’’’

Data from the Home Office and the Ministry of Justice found that on average, 65% of overseas nationals jailed for 12 months or more were deported between 2015 and 2020. People from predominantly Black countries such as Nigeria, Ghana, Jamaica and Trinidad and Tobago are massively overrepresented in these stats; for instance, the deportation rate for Nigerian nationals stands at 90%. Placing these numbers within the structure of the British criminal justice system further evidences racial bias; Black people are four times more likely to be jailed than white people, with this figure rising nine times more likely for those juvenile offenders.

The state frames any step out of line by foreign nationals as an “abuse [of] our hospitality” – with Black and Brown people being disproportionately targeted within these limitations. Perhaps there would be a semblance of fairness in relation to this stance if not for its (exclusive) application against British ‘citizens’ of colour as well, who have had their legal right to reside in the UK overturned. The most high-profile and recent case has been Shamima Begum, but prior instances illustrate this bias even more markedly. Events such as the Windrush scandal and plans for mass deportations to Zimbabwe continue, rather than initiate, a trend of ‘conditional citizenship’, wielded against those identifiably non-white and ‘other’.

My brother is now 33. He rejects Britishness but also still lacks a sense of home in Zambia. It’s been 12 years. As much as he’s tried to purge the taste of this nation, the nation purged him – that’s what was on those walls.

No borders, no nations, stop deportations.