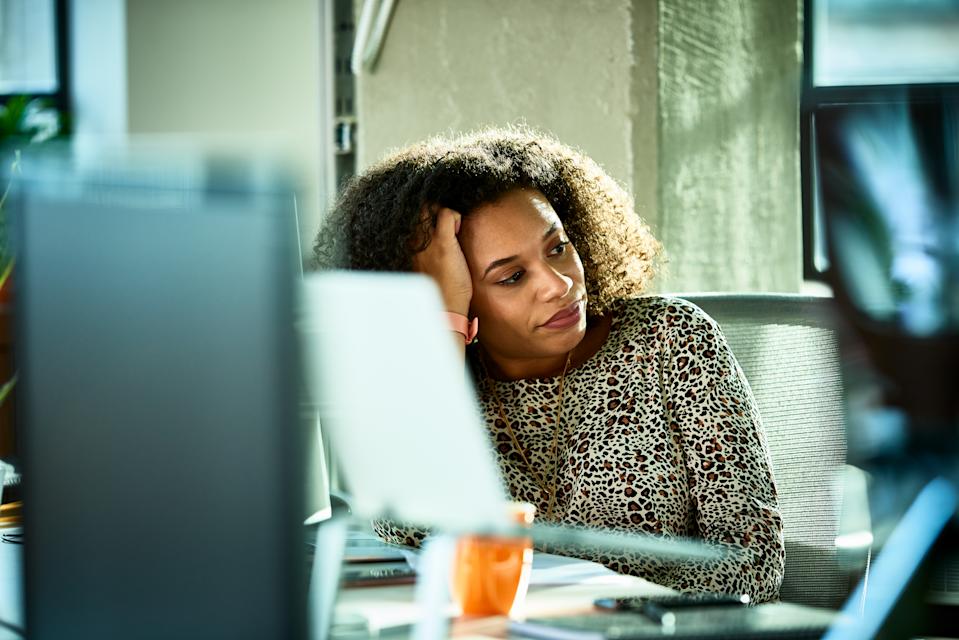 It has been proven that Black Women bear a heavier burden at work.

A 2016 study by Catalyst found evidence of an ‘Emotional Tax’ that is levied against Black Women as they try to successfully navigate their careers. It defined ‘Emotional Tax’ as “the heightened experience of being different from peers at work because of your gender and/or race/ethnicity [sic] and the associated detrimental effects on health, well-being, and the ability to thrive at work”.

The data showed that the tax burdens employees with a depleted sense of well-being by making them feel that they have to be “on guard”. In turn, respondents report a disturbed sleep pattern, reduced sense of “psychological safety”, and a diminished ability to contribute at work.

The study also highlighted other effects of the phenomenon on workers, such as an increasing desire to leave employment and a heightened awareness regarding the potentiality of discrimination. The latter leads to an avoidance of social situations and places, as well as an over-concern about appearance to avoid bias.

Although this study was conducted in America, these experiences parallel those endured by Women in West Africa, who, statistically, suffer an even greater gender bias while also dealing with racial and ethnic prejudices.

“While I was raising children, meetings would deliberately be fixed after closing time because they knew I had to pick my children up from school”

Employment for Women in Sub-Saharan African countries is characterised by low-paid and less secure labour. After the economic impact of the coronavirus pandemic, these characteristics have been exacerbated.

The 2018 LSE Africa Summit explored the unemployment challenge on the continent and reported: “Due to long-held views about the productivity of Women in the workplace, firms in the formal sector might feel that Women are unable to meet the demands of full-time employment”.

It also found that cultural constraints, like the ‘man-of-the-house’ model, contribute to gender bias in the workplace. The ‘man-of-the-house’ model emphasises the significance of a patriarchal family system. Men are seen as a continuity of both the family name and lineage, taking the dominant position in the family structure, while Women are subject to them. This framework can be identified across numerous patrilineal cultures in Sub Saharan Africa, such as within the Yoruba group in Nigeria. As a socio-economic consequence, Women are, therefore, perceived as less suitable for roles in the public sphere, as they’re automatically assumed to be preoccupied with domestic duties by management. In turn, there is less demand for female labour, leaving Women with no choice but to be overcrowded into specific – typically lower-paid – sectors, such as childcare, teaching and nursing.

According to a paper on gender inequality in West African social institutions, deep-rooted gendered stereotypes and discriminatory attitudes and practices towards Women’s employment persist. For example, in Nigeria’s private sector, many employers force young Women to sign job contracts stipulating that they should not become pregnant for the first three years of their employment.

These workplace cultures cause many West African Women to feel a constant need to look out for and even protect themselves from acts, biases and discrimination due to their gender.

We spoke to Mrs Oyeronke Izobo, a deputy provost at a college in Lagos, Nigeria, about her 25-year journey in the Nigerian civil service and, notably, the events that led up to her appointment. Despite being the only applicant qualified based on the established criteria, a position that should have taken less than three months to fill took over a year to occur because she was perceived to be incapable. Her job offer was delayed in hopes her male colleagues would meet up with her qualifications in time. The postponement only ceased after she got a special commendation letter from the special adviser to the governor for the work she had done in her job. This discrimination was not an isolated incident and is only just the beginning when examining what she has had to endure during her service.

She says: “It’s not just a feeling; you can actively see the actions taken against you. I have to put in extra effort and extra time almost every day for my performance to even be noticed. While I was raising children, meetings would deliberately be fixed after closing time because they knew I had to pick my children up from school. It was stressful for me to find alternatives for my children’s care, but if I wanted my thoughts, contributions, and suggestions to be acknowledged in decision making, that’s what I had to do. I had to strive to get information that should have been readily available to me, and it led to unnecessarily shorter deadlines, and I would have several sleepless nights. I even had to go for the social engagements of my male colleagues outside of work so that I could be kept in the loop. Till now, I feel like I have to regularly check their posts and comment just so I’m not excluded. I considered leaving the job many times, but I stayed because of my passion for the students”.

“I didn’t feel welcome at all. I had to literally psych myself up every morning before going to work to conquer the feeling of not belonging”

Veronica, a Ghanaian procurement officer, also provided some insight into her job in this male-dominated field.

She spoke about the racial and gender bias she has experienced, stating: “It’s frustrating that you are Black in your country and the white people are treated better than you at work. Gender is also part of the reasons I am treated differently. Procurement is a male-dominated area. Most people have the perception that Women cannot be tough when it comes to negotiation and so want to speak to someone they think must be higher than you”.

The discrimination she faces from both management and workers create a stressful workplace for her. Even though her job is high paying and she finds the actual work rewarding, she expressed a desire to leave that persists still.

Bias in the workplace can also be due to ethnic diversity, which is what Nancy (name has been changed at contributor’s request), a Gã woman, faced as a new banker at her workplace when she first moved to Accra.

She claimed: “I didn’t feel welcome at all. I had to literally psych myself up every morning before going to work to conquer the feeling of not belonging. Now, I just go to work, do what I have to do, try to blend in, and I take each day at a time. It used to affect my productivity, but I am gradually learning to not let it affect me”.

In order to help remedy this prejudice, management and recruitment must be diversified to fully represent the gender and racial heterogeneity of society’s workforce. In a West African context, ethnic diversity must also be considered. Moreover, factors such as marital status, number of children and tribe should be excluded from the recruitment process in order to lessen bias. These steps are, by no means, revolutionary, but they are practical moves in the right direction to a more inclusive and emotionally healthy workplace and workforce.