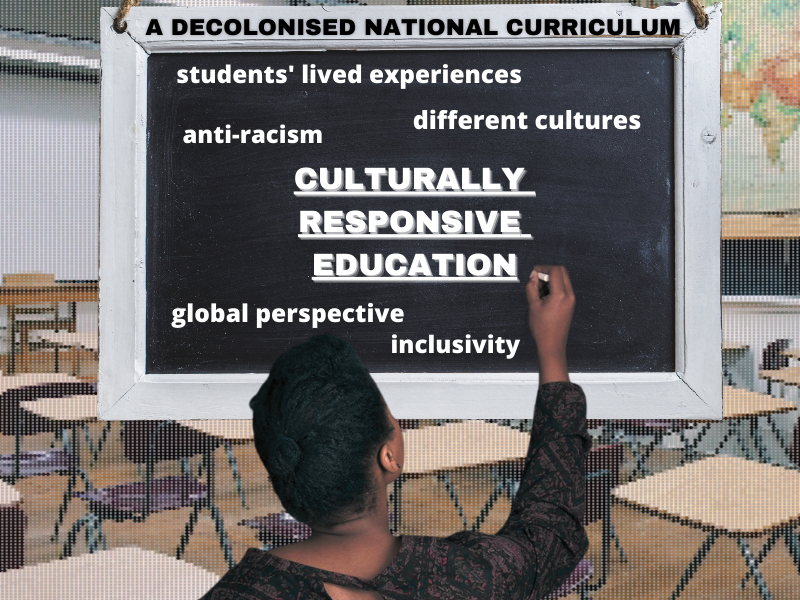 Enemy of the State: Is Education the Key to Overcoming Systemic Racism?

Enemy of the State: Is Education the Key to Overcoming Systemic Racism?

Three weeks have passed since the publication of the Sewell report by the Commission on Race and Ethnic Disparities – a shambles of baseless claims underpinned by the government’s fervent denialism of institutional racism in the UK. You can read Meeting of the Mind’s official statement denouncing the commission’s findings here. This week, a United Nations human rights group has joined campaigners and the many other organisations speaking out against the report, labelling it a “reprehensible” normalisation of white supremacy.

But criticism doesn’t necessarily bring about change. While I welcome all condemnation of Britain’s steadfast commitment to sweeping racism under the rug, especially from such a globally esteemed organisation, I also think it’s time to get proactive. A spokesperson for the Commission has already clapped back against the conclusions by the UN-backed group, calling it “A response to the negative press coverage rather than the substance of  the report.”- A report which recklessly states “We no longer see a Britain where the system is rigged deliberately against ethnic minorities”.

What better proof of the stubborn, wilful ignorance of the British establishment could there be? Left with limited battlegrounds on which to tackle systemic racism that the state plays blind to, we must consider the classroom our best option.

The report made it clear that the government has no plans to revolutionise the national curriculum but for any racialised group that’s experienced British schooling, it’s clear that education is a frontier through which systemic racism is cemented; this means it can also be a tool for racism’s undoing.

As it stands, 46% of UK schools don’t have any non-white teachers, racist taunts like “Go back to your country” are commonplace in playgrounds all over the country and as we saw with the tragic death of twelve-year-old Shukri Abdi, Black school kids are only ever one ‘accident’ away from their skin colour becoming a death sentence. 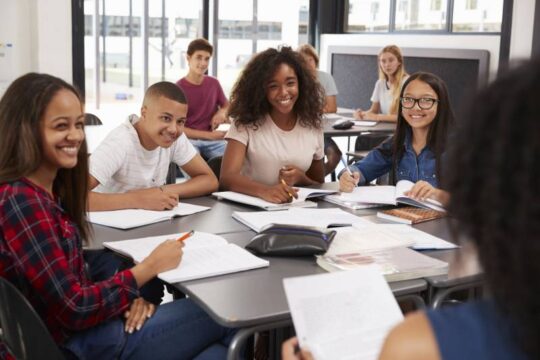 Fortunately, change is on the horizon. The government may set the curriculum but it’s exam boards and textbook publishers who actually design it and they’re increasingly shifting towards Culturally Responsive Education (CRE). CRE is the idea that educational content should reflect the different cultures and lived experiences of every student in the classroom, not just the dominant group. In doing so, it can help counteract the overt racism experienced in schools (by mandating teachers and students alike to consider perspectives outside of their own) as well as the indirect consequences such as the lack of consideration for students who have English as a second language.

Former History teacher and historian Kaye Jones is the founder of The Herstorian, the only company in Europe conducting curriculum reviews, with the aim of bringing CRE into classrooms sooner rather than later. In a recent interview, she talks about why now is the time for anti-racist action, not further analysis: “How many more reports do we need to tell us that Britain is a racist mess?” she says, adding “I think the government makes a lot of noise about how the achievement gap is closing between different demographics of students and that’s where any consideration for [non-white students] and their needs ends.”

As a Woman in her 30s, Kaye scoffs at the idea that there’s been any progress in the education system between her time as a student and her time as a teacher:

“I’m not going to denigrate the efforts of some wonderful teachers and leaders, but from a top-down perspective, the history curriculum is just a White Supremacist nightmare.” she says.

She also thinks that one of the biggest barriers to effective, inclusive education is the bias of white teachers: “If you’re a white person who has no conscious awareness of your whiteness and the massive privilege you derive from it, I think it’s impossible to be truly inclusive. With white privilege specifically, white fragility is another barrier that we need to take seriously. So often, white people take the existence of racial benefits and privileges as something very personal, like they need to apologise for it when, in reality, that’s part of the problem. White people are so used to being the centre of the world that getting out of that mindset can be difficult. But it is possible, and it can be done.”

She hopes that her work with CRE is the catalyst, resulting in a shift in collective white thinking, at least for younger generations: “To me, CRE is social activism.” she says. “It’s transformational in the way that it allows you to hook onto a student’s unique lived experience and use it to make meaningful connections to the curriculum. It not only dismantles traditional barriers to learning, but actually challenges and disrupts the status quo. Because CRE works across a range of lived experiences and identities, it’s the only framework that has the potential to improve outcomes for everyone, rather than just one group at a time. CRE is intersectional and that’s what makes it so incredible.”

Incredible as it might be, the uptake of CRE in British education is relatively slow compared to the US, where the practice originated. Kaye says that this is because it’s still “Virtually unheard of in the UK”. “Raising awareness of CRE is what I’m trying to do with The Herstorian. I want to spread the word about it, and I want to train people up to confidently use it. I know that CRE has the ability to transform our society” she continues. 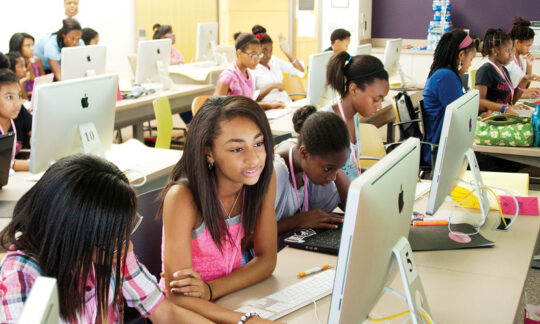 It could take years before the philosophy of CRE is properly integrated into the fibres of our education system. In the meantime we can turn to organisations such as The Black Curriculum, a social enterprise founded by Lavinya Stennett that you can read about here. They work to increase the quantity and quality of Black British history taught in schools, by delivering specially-tailored programmes and teacher training, alongside campaigning to mobilise young people against the glaring inequalities facing Black students.

We also have supplementary schooling as a means of damage control. Historically, it was adopted by Britain’s burgeoning Caribbean community to fill in the knowledge gaps left by schools that were too quick to label Black children as ‘dense’ or ‘difficult’ instead of considering how and why their educational needs might differ to their white peers. Today, I believe that it’s white children who are most in need of extra-curricular education, not because of academic underachievement but to redress their biases so as not to grow into yet another generation of adults who ignorantly uphold the structures on which racial violence thrives.

As a consciously anti-racist white parent, it’s not enough to simply lead by example. Instead, you should be making efforts to redress notions of whiteness as the default that are no doubt being perpetuated in your child’s classroom. Once you’ve educated yourself on the explicit and implicit functions of racism you must pass this knowledge on to your child, be it in a formalised manner or through more casual conversation. That way, your child can be a much-needed ally to their non-white peers while we await the gradual but impactful change promised by CRE.

Written By: Memuna Konteh – a London-based, Sierra Leonean writer with special interest in the intersections of identity, culture and politics. Follow her on Instagram and Twitter