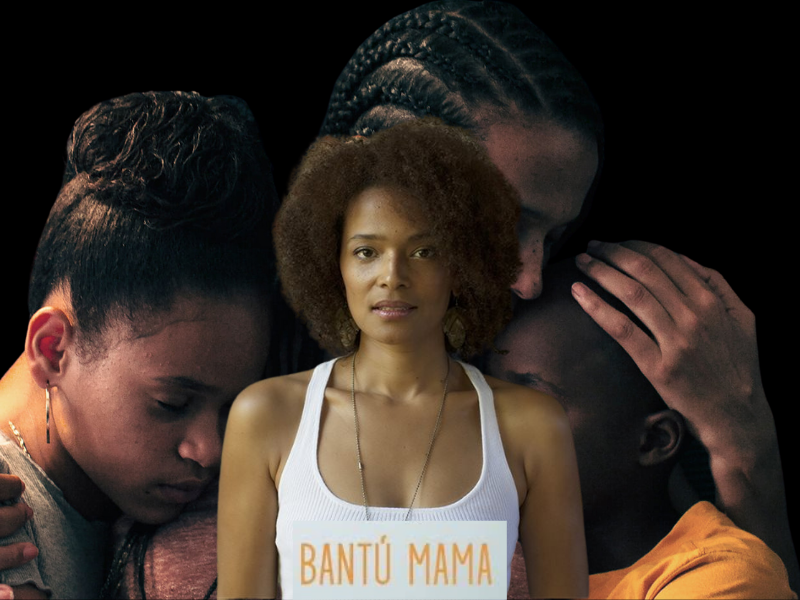 In conversation with Bantú Mama star Clarisse Albrecht: An ode to the global Black diaspora

In conversation with Bantú Mama star Clarisse Albrecht: An ode to the global Black diaspora

When you think of the Dominican Republic, you might think of the lovely beaches and their vibrant culture, but what is often ignored is the country’s history of slavery. It’s home to the first Black people brought to the Americas from as early as the 1490s, and was also where the Atlantic slave trade began in 1503, just 116 years before US chattel slavery – the slavery that most people recognise. And as always, the experiences of Black people in the Americas, especially in Brazil seem to be dismissed but Clarisse Albrecht and Ivan Herrera, the visionaries behind Bantú Mama bring their experiences using the medium of film.

Culminating in a 77-minute moving cinematography an ode to the global Black diaspora, Bantú Mama is set in Capotillo, a barrio in Santo Domingo. The film follows Emma (Clarisse Albrecht), a Cameroonian French Woman who is detained by Dominican police after a failed attempt to smuggle drugs. In a near death situation, she fortunately escapes and is rescued by T.I.N.A (Scarlet Reyes) and $hulo (Arturo Perez), after T.I.N.A hears her muffled cry and brings her home with them. The film is called Bantú Mama for a reason, she develops a bond between the parentless three siblings (the youngest sibling is Cuki (Euris Javiel) who becomes instantly attached to her), and she acts as a mother towards them. From offering cooking lessons, being their caregiver and much more, she adopts the position of a surrogate mother.

After seeing the film at the BFI Film Festival, I caught up with Clarisse Albrecht, the star, co-writer and producer of Bantú Mama to learn more about her experiences and the film.

What inspired you to write, produce and then go on to star in Bantú Mama?

The idea was to make a film with Ivan Herrera, the director, who’s my partner but also co-writer and co-producer of Bantú Mama. After selling our first script, a drama set during the Second World War, about a European woman starting a new life with a Dominican man, in a community of Jewish refugees on the North Coast of the Dominican Republic, we wanted to write a script more contemporary.

A film that resembles us, as Afro descendants, me being European with a direct link to Africa and Ivan, being Caribbean with a rising consciousness of his Africanity. We wanted to implement what we have in common and show the community in a different light. It was also very important to write something we could produce by ourselves with a small crew. Me starring in it was a great opportunity as an actress and a way to simplify the production. No actress could have been more available and involved than me, ah ah!

How did you prepare for your role as Emma?

I really started to prepare once the script was done; I didn’t want the writing to be influenced by what I would like to perform but rather let the screenwriter influence the actor. Emma is like water; she goes with the flow and always lands on her feet. She’s sensitive, always on the edge but she never breaks down. That’s how I wanted her to be, strong and resilient. My reference was two friends of mine, that also inspired part of the story of smuggling and unexpectedly experiencing motherhood. I was inspired by two actors’ performances, in particular: Matthieu Kassovitz in ‘Sparring’ by Samuel Jouy and Tahar Rahim in ‘Un Prophète’, by Jacques Audiard as reserved characters but with great determination and inner strength.

Bantú Mama is about Emma finding sanctuary and a found family in Santo Domingo, why was it important for you to include the DR in the conversation?

It’s not that we decided to include the DR in the conversation; this is where we live. We wanted to show characters that we don’t get to see much but that exist. I’m French and Cameroonian and I live there. We wanted to show that Afro-Europeans also travel and can settle down in the Caribbean, how we recognise and connect with our common African heritage.

Bantú Mama also centers on motherhood. From being detained at the airport, meeting $hulo and T.I.N.A, becoming a ‘surrogate mother’ for the kids – Emma’s life is at the pregnancy stage, but she finally gives birth at the end as she flees the DR. Why was motherhood a central theme in Bantu Mama?

There’s a very intimate reason. Bantú Mama is in a certain way a metaphor for our relationship with Ivan who always says that he’s Cuki. My daughter-in-law, who I’ve been raising since she’s 8, also described the film as the perfect way to tell the story of our family. Having an Afropean woman coming into your household, taking care of you, bringing her culture, and reconnecting you with your African heritage and becoming a real family.

But there’s also something more symbolic. ‘Bantu’ means ‘human’ in Kikongo and corresponds to several ethnic groups in Africa. We wanted to tell a story about reconnecting with the Motherland, decolonising the mind, presenting the continent from a different perspective. We wanted to be part of those ‘rebranding’ Africa positively and beautifully.

The film ends in a place that is crucial for African history, why did you choose to end the film here exactly?

We chose this specific place for its symbolism. To simply say ‘Look Mama, we made it. We’re back.’

What does it mean for you to be able to represent the stories of Afro Dominicans and other parts of the African diaspora to a global audience, with Bantu Mama?

We take great pride in it, to be honest. It’s about time to tell different stories about the African Diaspora. We’re not a monolithic community, what we have in common is not only a matter of darker shades of color, but also our roots, our African Heritage. We share it on different levels, with different knowledge and awareness. We deserve our stories to be told with all our diversity. How we’re the same, how we’re different. And this also shines a light on other “minorities”. There are many people around the world living in slums like Capotillo. They exist, and they also deserve beautiful representation.

What was the atmosphere like while you were filming in the Barrio?

We were fine filming in Capotillo, the Barrio; it is indeed the most dangerous district of Santo Domingo, but it’s still a place where many people live. You can sometimes feel the tension, you must be careful but it’s not a hostile place. The whole crew felt comfortable, and we were very well attended to.

It was so nice to see the cross-cultural similarities amongst the African diaspora with $hulo wanting to become a rapper. Why did you choose to incorporate that in the film?

Ivan and I, as many around the world, also share this ‘urban culture’ of wanting to become a rapper, although if there’s just a chosen few, it’s one the most accessible ways to success. So, it was important to show this part of their lives as well. It’s another thing that we [the diaspora] have in common.

At the screening on Sunday, you mentioned that the character, T.I.N.A, wasn’t meant to be included in the film. What sparked this change?

T.I.N.A was always part of the story, but her character was supposed to be a boy when we started writing, not a girl. We decided to change it when we met Scarlet. We thought she was great, and it would showcase the story in a more powerful and meaningful way, if the character was a girl instead.

It’s a film for the African diaspora and others interested in our stories – how did you aim to tackle the diasporic divide, and reveal the fracturing effects of slavery?

We used our own experience; unfortunately, our African heritage is often ignored or denied in the Dominican Republic, mostly because it’s linked with slavery and colourism associated with darker skin tones. Although this is a possible reading of history, we were more focused on reconnection than deploring and highlighting the effects of the fracture.

Bantú Mama incorporated French, Spanish, and Wolof. Was it intentional to focus on these specific languages?

It was simply because of the characters and the locations of the film. Emma is French, Spanish is the language spoken in the Dominican Republic and for Wolof, it was to show how you can embrace and show respect to a culture by communicating in one of the native languages.

What was the significance of Cuki’s character to the film and Emma?

As I was saying earlier, Ivan often identifies as being Cuki. Through Emma, he connects deeper with his African ancestry. How it feels familiar even if you’ve never really experienced it before. Cuki relates with this motherly relationship and this heritage. For Emma, it’s about finding her purpose, revealing something she never thought about, becoming a surrogate mother, and transmitting her African culture.

Are there elements of activism in Bantú Mama? How does identity come into play in Bantu Mama?

It’s more about the diversity and the blend of culture. Emma is French of Cameroonian descent, but her Africanity is not only shaped by her Cameroonian roots. She lives in France amongst people of African descent, she knows about other countries and African cultures.

It was important to us to refer to different countries in Africa, because when you’re from the Caribbean, you don’t know exactly where you are from, and when you live in Europe, you’re not fully immersed in the culture of where your parents are from. It’s richer, it’s a blend, and this blend becomes part of your identity, it can be related to a certain idea of Pan-Africanism.