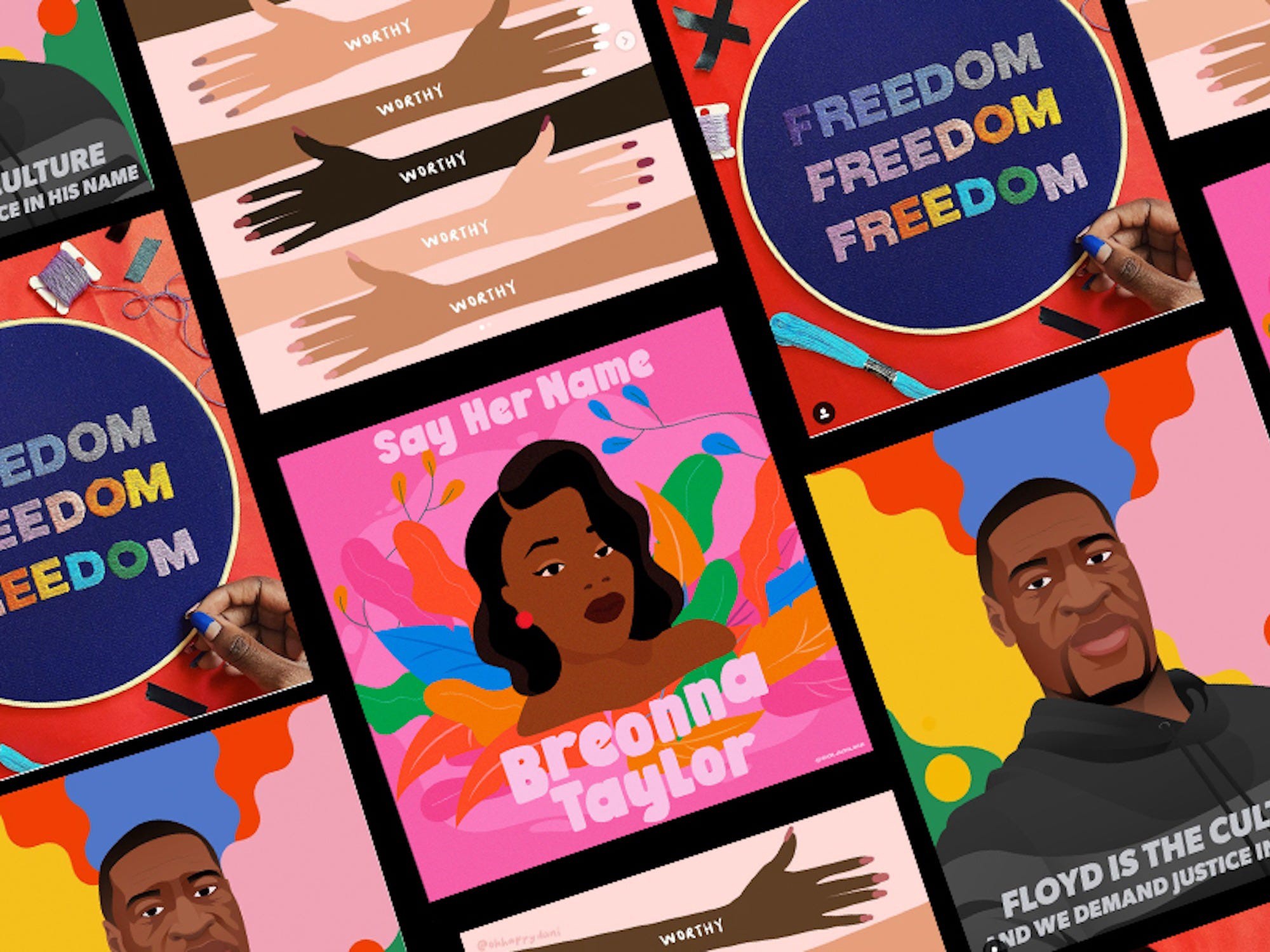 On Tuesday, the 15th of April, 2014, Nigeria awakened to the news that 276 girls had been kidnapped from their secondary school in Chibok, Benue State, by the terrorist group Boko Haram. The organisation started its insurgency in 2009, attacking police offices and government buildings, ransacking villages, and abducting people in many parts of northeast Nigeria. It wasn’t until the abduction of hundreds of innocent schoolgirls, however, that the nation and world alike were jolted into shock, launching a Bring Back Our Girls (#BBOG) movement on social media. The digital resistance metamorphosed into a public protest on the 30th of April, in Abuja – the country’s capital.

From then on, former minister Oby Ezekwesili grabbed the reins of the movement, staging multiple demonstrations in and outside of Nigeria, quickly making it an international campaign where world leaders and celebrities jointly called for the release of the kidnapped girls. Digital activism The Chibok kidnapping was globally amplified through digital activism.

As a product of digital activism, the #BringBackOurGirls movement was immensely successful in bringing about global awareness, sparking action from the likes of Hilary Clinton and Michelle Obama. Unfortunately, it fell short in its aims of liberating the young schoolgirls.

Seven years later and 112 of the Chibok girls remain missing, and more than 600 students have been kidnapped from their schools since December 2020 in subsequent attacks.

So, how did they lose so much momentum? 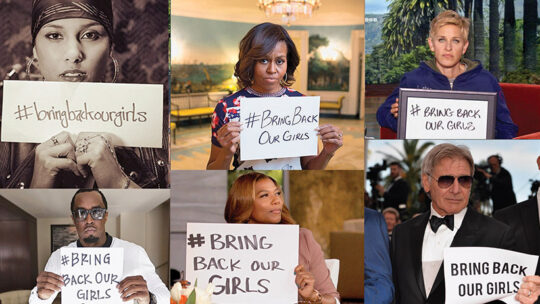 Despite the continuation of rebel violence across Nigeria, the hashtags, lobbying and public demonstrations by #BBOG or any other group seemed to have quietly tailed off.

Bukky Shonibare – a co-founder of the #BBOG campaign – told the BBC earlier this year that Nigerians were exhausted from the frequency of mass abductions. “There’s a limit to what the heart can take, Nigerians went through a lot following the kidnap of the Chibok girls. People are really tired”, she said.

Overall, people have simply become desensitised to continuous news of trauma. In digital advocacy, visual images are used to amplify the impact and ‘shareability’ of messages across social platforms. In situations where this happens frequently, people end up developing an unconscious tolerance that prevents them from being triggered into actions. This fatigue and numbing are some of the many disadvantages of media activism, ultimately placing a limited lifespan on the efficacy of a campaign.

Raising awareness can quickly become a virtue-signalling effort that is divorced from a call to action or humanising the victims. A huge number of social media users retweet pictures or post selfies or black squares and consider it done. A great illustration is the media action demanding the killers of Breonna Taylor be brought to book. ‘Arrest the cops who killed Breonna Taylor’ was a widespread social media chant with people captioning their selfies and videos with the statement. It rapidly became the subject of meme-ified mantra and light-hearted banter, resulting in numerous clickbait tweets. Along with social capital, many are trying to monetise her death in the most tone-deaf of ways. For example, an Etsy store reportedly sold Breonna Taylor, Black Lives Matter and Blue Lives Matter face masks at the same time.

It took the high-profile murder of George Floyd in May 2020 for Breonna Taylor’s killing two months prior, in March 2020, to finally be widely reported and canvassed. In turn, Black Women’s deaths are often treated as an addendum, acknowledged only when they can be used to strengthen someone else’ cause. We also, unfortunately, saw this scenario evidenced in the Sarah Everand case as well.

It is situations like these that birthed the #SayHerName hashtag by the African American Policy Forum, in a bid to amplify the names of Black Women and girls who have been victims of state brutality and neglect. Despite this campaign being carved as a niche for Black Women specifically, we’ve seen non-Black Women co-opt the term, and Black Men adapt the term to #SayHisName and #SayTheirNames. While any form of structural abuse needs to be called out and resisted, appropriating the chants of more marginalised groups in advocacy work actually further compounds erasure and violence. 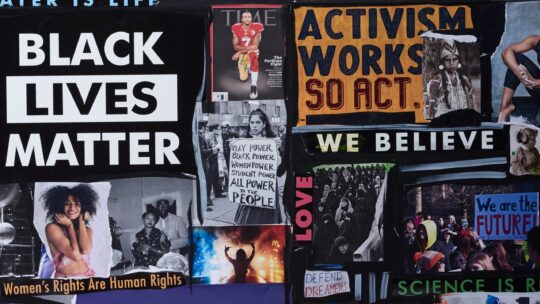 We cannot downplay the significance of digital resistance in relation to cultural change and knowledge sharing; the feminist movement, for instance, has undergone a digital revolution that has made multiple forms of theory more accessible and widely engaged than ever before. However, interpersonal campaigning can only do so much.

Unless paired with other types of activism such as petitioning elected officials and demonstrative efforts, social media advocacy seldom yields long-lasting reforms or policy change.

For instance, one of the reasons for the failures of #RepealSSMPA – the one-man protest against the anti-gay law in Nigeria – is because the strategy behind it was solely social media engagement. In advocacy, the goals need to be the focus of the message: be it donating to a cause, the rescue of abducted school children, the call for the arrest of a perpetrator, or the repeal of a harmful policy; strategies for putting structures in place for the realisation of these goals must, therefore, be well laid out.

Representation in fulfilling the role of activism

Instituting justice and holding stakeholders accountable should be the primary goals of activism. Unfortunately, these objectives are rarely often met in matters affecting Black Women, from Breonna Taylor’s murder in the US to the kidnapped schoolgirls in Nigeria to Blessing Oleselung’s disappearance and death in the UK.

A major reason for this shortfall is the relative absence of women in social development, policymaking and politics, making up just 24% of legislative members globally. If women are not adequately represented in government, in places where policies are being made to affect their survival, health, and livelihoods, how are their interests supposed to be catered to? How is justice expected to be served when crimes are committed against them? At Meeting of Minds UK, we’ve widely discussed patriarchy’s role in entrenching state violence, interpersonal abuse and mental health discrimination against Women within our legal systems and politics; it is doubtful that this harmful trend will cease unless we see more feminist-led administrations.

#BBOG is not just a simple hashtag. Neither is #SayHerName a tag to be slapped on any cause. It is a demand. Bring Back Our Girls. Arrest The Cops Who Shot Breonna Taylor. Say Blessing Oleselung’s Name. We meant this in 2014, we meant it in 2020, and we mean it now in 2021.

Written By: Mariam Adetona – a writer and medical student at the University of Ilorin, Nigeria. She writes across genres and you can follower her on Twitter